Emeritus Professor Hoshyar Nooshin started his academic career in May 1963 when he joined the Department of Civil Engineering of the Battersea College of Advanced Technology (predecessor of the University of Surrey) as an Assistant Lecturer. Subsequently, he held the positions of Lecturer, Reader and Professor, and carried on with his academic activities after retirement, as a part-time Professor. He became an Emeritus Professor in 2008, but he continues to be active in teaching and research. Currently, he is involved in the supervision of 4 research students. Also, the number of PhD Degrees awarded to his research students in the past is 36, with the main area of his research being the computer aided design of spatial structures.

Professor Nooshin was the Director of the Space Structures Research Centre of the University of Surrey for 28 years. He was the Chief Editor of the International Journal of Space Structures for 20 years. Also, he was a member of the executive council of the International Association for Shell and Spatial Structures (IASS), as well as a member of the Advisory Board of this association for a number of years.

He is the originator of the concepts of formex algebra and has many publications in this area. His interests are mainly in the fields of structural engineering, mathematics and philosophy. 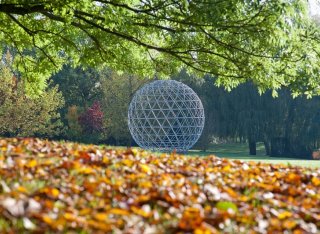 Podcasts turn spotlight on the history and future of Spatial Structures 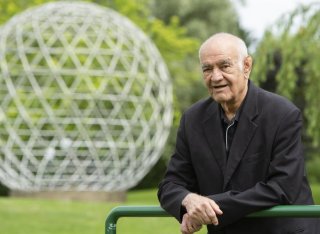 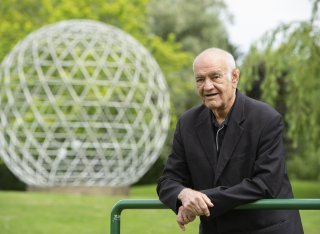 The Space Structures Research Centre of the University of Surrey, UK, has been active in offering courses on spatial structures since its establishment in 1963. The courses vary from a day workshop on ‘Design, Assemble and Dismantle a Full-scale Prefabricated Lattice Spatial Structure’ for secondary school students to a core module of the master degree course in structural engineering entitled ‘Space Structures’. Specifically, details about this Space Structures module are discussed in the paper. However, brief explanations about some other courses organised by the Centre are also included.

The objective of this paper is to discuss the characteristics of a family of space structures that are referred to as 'nexorades'. Typically, a nexorade is constructed from scaffolding tubes, connected together with swivel couplers. An important application of nexorades is for shelters of various sizes and shapes for temporary or permanent purposes. In such a shelter, the structural skeleton is provided by a nexorade and the cover is provided by a membrane material.

Preface: Formian is the name of a software system that is ideally suited for generation of shapes and forms of all kind. The term ‘Formian’ is meant to imply the ‘language of form’. The software has a convenient algebraic structure and this provides a powerful basis for creation of generic (parametric) formulations that embodies all the necessary geometric details. Formian may be used for ‘configuration processing’ (that is, creation and processing of forms) in any discipline. In particular, Formian has been used extensively for generation and processing of spatial structural forms. The concepts on which Formian is based are evolved during the past 40 years with the concepts being further enriched continuously. This is a feature of algebraic concepts that with application they continue to grow and become more mature. There have been a number of versions of Formian used over the years, but the version that has been employed in the recent years is called Formian-2. A new version of the software is now available which is referred to as Formian-K. This new version is completely rewritten and, while providing many powerful new features, it is quite convenient to use. The material in the present document provides a concise description of the structure of Formian-K. However, regarding the description of the aspects that are similar to Formian-2, reference is often made to Formian-2 literature for detailed explanation.

This is the second paper in a series of papers that are intended to provide a comprehensive coverage of the concepts of formex configuration processing and their applications in relation to structural configurations. In the present paper, attention is focused on the configuration processing for a number of families of space structures, namely, pyramidal forms, towers, foldable systems and diamatic domes. Also included is a section on information export as well as an Appendix on basic formex functions. The section on information export describes the manner in which the information about the details of a configuration, generated by the programming language Formian, can be exported to graphics, draughting and structural analysis packages.

This is the first paper in a series of papers that are intended to cover the present state of knowledge in the field of formex configuration processing. This field of knowledge has been developed during the last three decades and has now reached a level of maturity that makes it an ideal medium for configuration processing in many disciplines. In particular, it provides a rich assortment of concepts that are of great value to the engineers and architects involved in the design of space structures.

This is the third paper in a series of papers that are intended to provide a comprehensive coverage of the concepts of formex configuration processing and their applications in relation to structural configurations. In the present paper, the attention is focused on structural forms that are based on hyperbolic paraboloidal, hyperboloidal and annular surfaces. It is shown that these categories of structural forms include many exciting possibilities for lattice and shell structures. The paper also includes sections on structural forms that may be obtained from combinations of simpler forms or through certain composite transformations that are called paragenic transformations.