Professor Kitchen is Emeritus Professor of Neuropharmacology in the Faculty of Health and Medical Sciences. He was Associate Dean for Research & Enterprise for a six year period (2007-2013), when he was responsible for leading the research strategy of the Faculty. He also served terms as interim Dean of the Faculty and interim and inaugural Head of the School of Biosciences and Medicine.

Appointed as a Professor of Neuropharmacology in 1997, he was formerly Head of the Pharmacology group and Deputy Head of School of Biomedical and Molecular Sciences at Surrey. He graduated with a 1st Class honours degree in 1977, and gained his PhD in 1980 from the University of London.

In 2006 he was elected a Fellow of the British Pharmacological Society and in 2010 elected a Fellow of the Society of Biology. His primary area of research for over 30 years has been in opioid neuropharmacology and he has been a major academic contributor to the opioid field in the UK and world-wide. Surrey has gained international recognition for work on opioid system development in the brain and for neuroanatomical studies in opioid gene knockout mice in relation to furthering our understanding of pain and drug addiction. In collaboration with molecular genetics groups in France we were the first to publish the phenotype of an opioid receptor knockout mouse (Nature 383, 819-823, 1996), and Professor Kitchen has led Euorpean consortia funded by substantial EC grants studying the genomics of drug addiction. At a national level he was Chair of the UK Heads of Pharmacology and Therapeutics from 2010-2013 and has served on MRC advisory and grant boards and is an NC3Rs grant panel member.

He has been a Sub-Panel member on two UK research assessment exercises; on Allied Health Professions and Studies in RAE 2008 and on Allied Health Professions, Dentistry, Nursing and Pharmacy for REF 2014. At an international level he is founder and was President of the European Opioid Conference until 2011, has served three elected terms on the Executive Committee of the International Narcotics Research Conference, and is a member of the IUPHAR opioid receptor nomenclature sub-committee.

Professor Kitchen has held research grants from all the major funders (MRC, BBSRC, Wellcome Trust, MoD, EC) as well as pharmaceutical industry. He has supervised over 35 PhD students and still retains active research on developmental neurobiology and his current research project is detailed below. He has published 200 research papers and reviews in leading journals in pharmacology and neuroscience, as well as in the multidisciplinary journals Nature and Cell.

Maternal influences on the development of opioid systems in the brain

Twenty years ago we showed, in rats, that the biologically protective response of stress-induced analgesia was affected by the age that mothers were removed from their pups. We showed that the removal of maternal milk influenced the development of opioid receptors in the brain, and specifically that the process of weaning from maternal milk activates the development of the delta opioid receptor. Subsequently we demonstrated this activation was dependent on the loss of dietary milk casein, which is known to produce opioid peptide fragments. More recently the delta opioid receptor system has been shown to play an important role in mediating mood and social behavior, and gene knockout mice lacking the delta opioid receptor exhibit depressive and anxiogenic phenotypes. We have now shown that delaying weaning causes depression and the key nutritional influence in this effect is dietary casein. In addition, studies on the gut microbiome show marked differences in gut microorganism responses to stress, accompanied by urinary metabolite profiles that suggest marked dysfunction of the metabonome in pups that are left with their mothers. Also, oxytocin receptors in mood-related areas in the brain are insensitive to stress-induced changes when weaning is delayed. Given the widespread differences in milk and casein consumption, through maternal or other sources, an important contribution of casein ingestion to neurobehavioural development is highly likely. The studies raise the issue of how long maternal and non-maternal sources of milk should be given for optimal brain development?

He has examined at doctoral level at more than 10 Universities in the UK as well as international examining in France, Holland and Australia.

Professor Kitchen is CEO of the company REF2020 Consulting Limited (www.ref2020.co.uk). The company provides consultancy advice to Higher Education Institutions in the following areas in preparation for the next UK Research Excellence Framework exercise (REF2020). The core business of the company include:

Consultancy work for research assessment exercises outside of the UK is also be undertaken, where advice is sought related to the UK Research Excellence Framework. 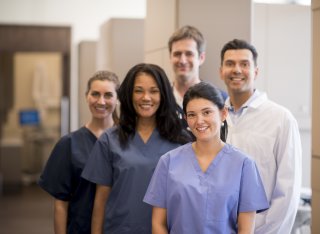