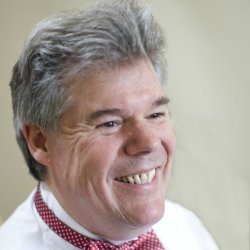 The present work has been conducted in order to investigate the quality of impregnation of unsaturated polyester resin across the bleached alfa pulpboard, and evaluate the potential for the obtained compound to serve a purpose as a useful composite material.

The results of this research demonstrate a good quality of impregnation of unsaturated polyester resin across the short alfa fibres which present the matrix and reinforcement of the studied composite material.

K Shimizu, M-L Abel, JF Watts (2008)Evaluation of the interaction and adsorption of gamma-glycidoxy propyl trimethoxy silane with grit-blasted aluminium: A ToF-SIMS and XPS study, In: JOURNAL OF ADHESION84(8)pp. 725-741 TAYLOR & FRANCIS LTD
DOI: 10.1080/00218460802352900
Emma Ryan, TG Sabin, John Watts, Mark Whiting (2018)The influence of build parameters and wire batch on porosity of wire and arc additive manufactured aluminium alloy 2319, In: Journal of Materials Processing Technology262pp. 577-584 Elsevier
DOI: 10.1016/j.jmatprotec.2018.07.030
Porosity was measured for 21 AA2319 wire and arc additive manufacture (WAAM) panels built using different wire batches, cold metal transfer (CMT) modes, wire feed speed (WFS) and travel speed (TS). Image analysis software was used to measure the porosity across two different planes, totalling an area of 84 mm2 approximately 20 layers in height. Porosity was not strongly dependent on CMT mode, WFS and WFS to TS ratio within the ranges tested but batch-to-batch variability in feedstock wire had a significant influence on area of porosity and size distribution. Wire characterisation showed that porosity did not appear to depend on bulk composition but was influenced by surface finish. Surface finish could affect hydrogen content on the wire surface and arc stability which would affect porosity. Further investigation of the relationships between surface finish and surface hydrogen content, and surface finish and arc stability is required to understand porosity formation in aluminium WAAM components.
T Förster, C Scheffler, E Mäder, G Heinrich, DA Jesson, JF Watts (2014)Dissolution behaviour of model basalt fibres studied by surfaceanalysis methods, In: Applied Surface Science322pp. 78-84 Elsevier
DOI: 10.1016/j.apsusc.2014.10.058
New concepts of surface modifications aimed at the enhancement of alkali resistance of basalt fibresrequire research work on chemical composition of interacting surface layers as well as knowledge aboutfundamental processes of basaltic glass dissolution. Therefore, two model basalt fibres manufactured outof subalkaline and alkaline rock material were leached in NaOH solution at a temperature of 80◦C for upto 11 days. The formation of a corrosion shell was observed in both cases and was analyzed by SEM/EDX.The model fibres out of subalkaline rocks show dissolution kinetic, which is two-staged, whereas themore alkaline fibre reflects a linear one. The complex composition of basalt fibre is detected by EDX andXPS. The surface of basalt fibres is rich in Si and Al. XPS high resolution spectra provide information onoxidation state of iron.
Stephen Garrett, David A. Jesson, Griet Pans, Chris Phanopoulos, John F. Watts (2018)A Model for the Micro-Mechanical Characterization of Wood Fibres, In: Proceedings of Timber 2018 conference The Institute of Materials, Minerals and Mining - IOM3
Timber is a composite material ordered over many length scales. The basic building blocks of timber are wood fibres, hollow tube like elements which are responsible for both water transport and load bearing within trees, (Ansell, 2015). The fibres can be separated from bulk timber in a process known as defibrilation, a key industrial process for the production of Medium Density Fibreboard (MDF). MDF is a composite material formed of fibres and adhesive, which is used widely in the construction industry among innumerable others.
James P. Tonks, EC Galloway, MO King, G Kerherve, John F. Watts (2016)NOTE: A Versatile Mass Spectrometer Chamber for Molecular Beam and Temperature Programmed Desorption Experiments, In: Review of Scientific Instruments87(8)086102pp. 086102-1 AIP Publishing
DOI: 10.1063/1.4960083
A dual purpose mass spectrometer chamber capable of performing molecular beam scattering (MBS) and temperature programmed desorption (TPD) is detailed. Two simple features of this design allow it to perform these techniques. Firstly, the diameter of entrance aperture to the mass spectrometer can be varied to maximize signal for TPD or to maximize angular resolution for MBS. Secondly, the mass spectrometer chamber can be radially translated so that it can be positioned close to the sample to maximize signal or far from the sample to maximize angular resolution. The performance of this system is described and compares well with systems designed for only one of these techniques.
Stephen Garrett, David A. Jesson, Griet Pans, Chris Phanopoulos, John F. Watts (2018)The Micro-Mechanical Characterization of Wood Fibers: A strategy for distinguishing between early and late wood growth, In: Proceedings of the 13th International Conference on Advances in Experimental Mechanics British Society for Strain Measurement

Wood fibers are of the order of a few millimeters in length and a hundred micrometers in width, which makes it difficult to mechanically characterize them using standard methods, such as tensile testing. This work, builds on the development of a novel method to evaluate the stiffness of wood fibers, which uses the cantilever of an atomic force microscope (AFM) to carry out three-point bending. This is done by placing the fibers across a two millimeter trench, whereupon the AFM engages to the center and both applies loads and records the resulting displacements. Testing using this method has been confined to a single species of wood, pinus sylvestris (Scots pine), but there is a significant spread in the modulus of the fibres tested. This is not entirely surprising as a sample of wood consists of several different types of fibre, including, for example, heartwood and sapwood, early wood and latewood. These different fibres vary slightly in size and wall thickness.

Here, Weibull statistics is used to investigate the correlation between samples in a dataset, and describe the magnitude of the correlation, in order to distinguish between fibre types and to provide greater clarity of the modulus associated with different types of fibre.

The nuclear industry has used hard chromium plate for many years but is seeking alternatives, due to the adverse health effects of Cr(VI) employed in electroplating. In this study, testing and analysis regimes for the comparison of the sliding wear performance of candidate materials have been established and the performance of WC-(W,Cr)2C-Ni has been compared with that of hard chromium plate.

The WC-(W,Cr)2C-Ni coating had a broadly comparable wear performance to hard chromium plate in all three environments. There were differences between deionised and borated water, such that the latter needs to be used in further evaluation. SEM and XPS analyses enabled the wear mechanisms for WC-(W,Cr)2C-Ni and HCP to be elucidated, including pull-out and tribolayer formation. XPS has shown that the tribolayer on WC-(W,Cr)2C-Ni is stratified and undergoes chemical changes as a result of wear.

Organic-inorganic hybrid nano-particles have been synthesized via a modified Stöber method. Nano-particles have been prepared from silica precursors with different organic functionalities. Methyl, ethyl, vinyl and phenyl modified silicas have been synthesized with a view to using these particles as modifiers for polymers and polymer matrix composites. Nano-composites have been produced using polyester as a matrix. The effect of the nano-particles on the toughness of the polyester has been investigated and it is shown that the incorporation of nano-particles leads to an improvement in toughness. For the methyl, ethyl and vinyl ormosils (organically modified silicas) the improvement is minor. The phenyl ormosil gives a greater improvement. This is attributed to different toughening mechanisms.