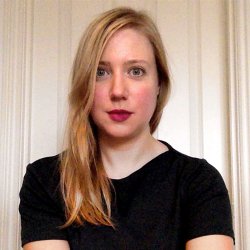 I completed my PhD, entitled The Currency of Distrust: Performance, Theatricality, and Representative Democracy, in January 2019 and am now a Leverhulme Early Career Fellow at the University of Warwick, where my research focuses on the history and performative construction of Anglo-American relations. My doctoral research was jointly supervised between the GSA's Institute of Performance (principal supervisor: Dr Adam Alston; co-supervisor: Dr Patrick Duggan) and the Department of Politics (politics supervisor: Prof Simon Usherwood).

I can currently be contacted at: Julia.Peetz@warwick.ac.uk

The Currency of Distrust examines the intersection of politics and performance through a focus on performances of the U.S. presidency, particularly presidential speeches. My work is interdisciplinary both in its theoretical framework and its methods. I draw on theatre and performance theories of performativity, acting, and theatricality as well as on models of populism and political representation developed in political theory. This research asks whether performance and theatricality should be seen as important functional elements, rather than mere embellishments or corrupting distractions, in representative democracy.

As part of my doctoral research, I conducted a series of in-depth interviews with presidential U.S. speechwriters spanning administrations and campaigns from Ronald Reagan to Barack Obama. My work thus draws on the unique perspectives of those involved in crafting presidential performances to investigate both the significance of performance and theatricality to the institution of the U.S. presidency and the imperative to navigate and mobilise the distrust of political audiences.

01 February 2018
In politics, speeches matter -- but even Donald Trump couldn't make the State of the Union watchable
author
The Conversation

'The State Performing Against Itself: U.S. Presidential Populism and Oppositional Practice.' Theatricality, Performance, and the State Conference. Queen Mary, University of London, 7-8 June 2018.

'Every Election is a Change Election: Representation and the Performance of Legitimacy in Times of Populism.' Populism: Left, Right and Center; Graduate Student Conference, LSE, 3 November 2017.

'Politicians as Outsiders: Connecting with Voters in an Age of Distrust.' Doctoral College Conference, University of Surrey, 25-26 July 2017.

'The Currency of Distrust: How Does Politics Work Through Performance?' Poster Presentation. Discoveries on Your Doorstep: Connecting Societies and Cultures. Public Engagement Event. University of Surrey, 2 March 2017.

I have also been a Visiting Lecturer at the Royal Central School for Speech and Drama, teaching on writing for politics, and I have taught for The Brilliant Club (education charity) on the U.S. presidency and the performance of power.

Most recently I have been an Associate Lecturer at Goldsmiths, University of London, where I have designed a module on activism, theatre, and political participation for the BA Performance, Politics, and Society.

'Beyond the Antitheatrical Prejudice: Political Oratory and the Performance of Legitimacy.' Contemporary Theatre Review 29.1 (2019): 5-22.

Peetz, Julia (2019). 'Theatricality as an Interdisciplinary Problem.' Performance Research 24 (4): 63-67.
View abstract View full publication
This essay argues that interdisciplinary scholarship on politics and performance underestimates the complexity of social performances, particularly in the realm of politics. By reducing performance to performativity, current scholarship fails to appreciate how the specifically  quality of social and political life affects people’s experience of politics. In moving beyond the designation of politicians’ showmanship as straightforwardly ‘theatrical’, this essay proposes that a more conceptual reading of theatricality illuminates both how political representation works through performance and the urgent and widespread problem of political distrust. Because theatrical situations that occur outside of theatre settings still depend on the highly contingent, tenuous connection of suspended disbelief between a performance and its audience’s reception, it is important to account for the specifically  qualities of social and political performances. It is therefore vital to introduce theatricality as an analytical concept into fields beyond theatre and performance studies.
theatricaltheatrical
Peetz, Julia (2019). 'Beyond the Antitheatrical Prejudice: Political Oratory and the Performance of Legitimacy.' Contemporary Theatre Review 29 (1): 5-22.
View abstract View full publication
It is frequently debated whether politicians should be good public performers or whether voters should focus less on presentation and more on the substance of policy proposals. However, missing from these debates, in both theatre studies and political science, is a detailed theorization of the role played by politicians’ public performances in representative democracy. This article responds by excavating representative democracy’s performative core. Taking a historico-theoretical approach that draws on Paul Friedland’s study of theatrical and political representation during the French Revolution as well as performance theory and political theory, I argue for the performativity of democratic legitimacy and its dependence on the interplay of politicians’ public performances and their audiences’ suspension of disbelief. Through its exploration of how performance contributes to the functioning, not merely the embellishment, of representative politics the article draws interdisciplinary connections between performance scholarship and political science. Different figurations of performed legitimacy are explored through a focus on shifting patterns of the performance of the US presidency. The article traces the journey away from an early model based on Thomas Jefferson’s first inaugural address, which cast the president as the chief explicator of the Constitution, to twentieth- and twenty-first-century styles of presidential performance, which tend to emphasize the President’s independence from other political institutions. This analysis suggests the possibility of a link between performed legitimacy and a broadly populist discourse, thereby offering a provocation on how historically rooted practices might still influence current oratorical and performative styles in the United States.
Peetz, Julia (2018). 'Semi-Structured Elite Interviews with U.S. Presidential Speechwriters in Interdisciplinary Research on Politics and Performance.' SAGE Research Methods Cases.
View abstract View full publication
This case study details my experience of conducting semi-structured elite interviews with presidential speechwriters in the United States for an interdisciplinary research project on politics and performance. The case study explores the rationale behind the choice to conduct interviews and the ways in which the interviews intersected with the study’s theoretical work. Particular attention is paid to the process of recruiting elite interviewees and preparing for elite interviews. I explore the advantages and disadvantages of targeted emailing and chain referral as recruitment techniques and discuss how to get around pre-set narratives elite interviewees might be trying to impart to the interviewer to get more spontaneous, less contrived responses to interview questions. The case also addresses the vexed question of sample size in qualitative interviews. I explore the concept of “theoretical saturation” and discuss how one might judge a corpus of qualitative interviews to be saturated.
Moravec, Lisa, and Julia Peetz (2018). Editorial. Platform: Journal of Theatre and Performing Arts 12 (2), On Magic: 5-9.
View full publication
Peetz, Julia, and Alexander Roycroft (2018). 'Raising Her Voice: Maiden Speeches and Representative Power.' In: Amending Speech: Women's Voices in Parliament, 1918-2018, edited by Maggie Inchley and John Vice, 282–87. London: House of Lords Hansard.
Peetz, Julia, and Raz Weiner (2017). Editorial. Platform: Journal of Theatre and Performing Arts 11, 'Authenticity': 5-9.
View full publication
Peetz, Julia (2017). Review of The Global Rise of Populism: Performance, Political Style, and Representation, by Benjamin Moffitt. European Journal of Communication 32(5): 494-496.
View full publication
Peetz, Julia (2016). 'Obama's Tears: Politics, Performance, and the Crisis of Belief.' Platform: Journal of Theatre and Performing Arts 10(2): 10-31.


View abstract View full publication
This article explores a striking performance of crisis by U.S. President Barack Obama in a speech on gun control delivered at the White House in January 2016. I begin by contextualising the speech within Obama’s presidency and the polarized political landscape of the United States. By performing his own ineffectiveness, I argue, the President shrewdly deployed anti-establishment rhetoric to paint himself as an incorruptible outsider to America’s corrupt political system. Seen in this light, the tears he shed during the speech performatively underscored a range of rhetorical gestures, with which Obama sought to align himself with the American public and against a conspiratorial political culture dominated by lobbyists. The second section engages with Obama’s tears on a more conceptual level, asking whether they can be said to authenticate Obama’s professed emotional investment. I consider the reception of the tears in the American news media alongside questions surrounding the nature of acting, authenticity, staging, and reality in my argument that the tears are unreliable indicators of emotion. As such, they can be said to perform a crisis of authenticity in twenty-first century political discourse, which demands highly polished performances of politicians and seeks to discredit any performance that betrays its staged nature.
Peetz, Julia, and Raz Weiner (2018). Editorial. Platform: Journal of Theatre and Performing Arts 12 (1), Feasting: 5-7.
View full publication