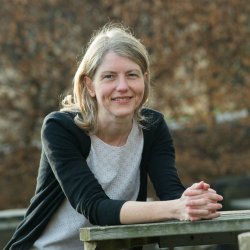 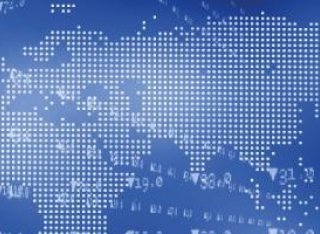 Laura is an applied microeconomist, with a particular interest in understanding the consumption choices of individuals, both theoretically and empirically. Her current research agenda focusses on how to test whether a set of observed choices was generated by a particular choice process on the consumers part. This builds on the well known results in revealed preference theory that established nonparametric tests of standard utility maximising behaviour. A particular area of current interest is in some of the main models associated with behavioural economics such as hyperbolic discounting, reference dependence and mental accounting.

Beatty TKM, Blow LE, Crossley TF, O'Dea C (2014) Cash by any other name? Evidence on labeling from the UK Winter Fuel Payment, Journal of Public Economics118pp. 86-96 Elsevier B.V.
DOI: 10.1016/j.jpubeco.2014.06.007
Government transfers to individuals are often given labels indicating that they are designed to support the consumption of particular goods. Standard economic theory implies that the labeling of cash transfers or cash-equivalents should have no effect on spending patterns. We study the UK Winter Fuel Payment, a cash transfer to older households. Our empirical strategy nests a regression discontinuity design within an Engel curve framework. We find robust evidence of a behavioral effect of labeling. On average households spend 47% of the WFP on fuel. If the payment were treated as cash, we would expect households to spend 3% of the payment on fuel.
Beatty TKM, Blow LE, Crossley TF (2014) Is there a ?heat-or-eat? trade-off in the UK?, Journal of the Royal Statistical Society: Series A (Statistics in Society)177(1)pp. 281-294 Wiley
DOI: 10.1111/rssa.12013
Do households cut back on food spending to finance the additional cost of keeping warm during spells of unseasonably cold weather? For households which cannot smooth consumption over time, we describe how cold weather shocks are equivalent to income shocks. We merge detailed household level expenditure data from older households with historical regional weather information. We find evidence that the poorest of older households cannot smooth fuel spending over the worst temperature shocks. Statistically significant reductions in food spending occur in response to winter temperatures 2 or more standard deviations colder than expected, which occur about 1 winter month in 40; reductions in food expenditure are considerably larger in poorer households.
Rahman Sumaiya (2020) Three essays in microeconomics.,
DOI: 10.15126/thesis.00853298
This thesis documents the evolution of absolute mobility in individual earnings, household income and household consumption in the UK over the last 25 years. Absolute mobility is defined as the fraction of children earning as much or more than the parents, in real times at a similar point in the life-cycle, and is calculated using the decomposition technique introduced by Chetty, Grusky, et al. (2017). In Chapter 1, I show that absolute earnings mobility was increasing until the mid-2000s, and then plummeted due to the fall in real weekly earnings after the Great Recession. In 2018, absolute earnings mobility was only 36 percent, about 22 percentage points lower than in 2008. This decline in absolute earnings mobility could have been avoided if real weekly earnings had continued to grow at the pre-recession trend. In Chapter 2, I show that absolute income mobility was higher in levels than absolute earnings mobility, and the measure did not experience the steep decline over the last decade. This gap between absolute earnings and income mobility can be partly explained by the inclusion of non-labour earnings and welfare transfers in household incomes, which were higher in the children?s generation compared to the parents. In addition, the rise in labour force participation of women combined with the tremendous growth in their earnings meant that dual-income households played a major role in raising and stabilizing the level of absolute income mobility. The final chapter in this thesis investigates the effect of an early-life climate shock on mother?s breastfeeding behaviour and children?s anthropometric measures. I use the 1998 flood in Bangladesh as a natural experiment to implement the difference-in-difference framework. I find that children affected by the flood were breastfed for longer than those unaffected. In addition, contrary to previous studies, children did not report any difference in height-for-age z-scores, but had lower weight-for-age z-scores. Increased breastfeeding by mothers, along with generous assistance in the form of food and finances from the government, ensured that children did not suffer from the severe negative effect common in such extreme weather events.
Blow Laura, Browning Martin, Crawford Ian (2020) Nonparametric Analysis of Time-Inconsistent Preferences,Review of Economic Studies Oxford University Press
This paper provides a revealed preference characterisation of quasi-hyperbolic discounting which is designed to be applied to readily-available expenditure surveys. We describe necessary and sufficient conditions for the leading forms of the model and also study the consequences of the restrictions on preferences popularly used in empirical lifecycle consumption models. Using data from a household consumption panel dataset we explore the prevalence of time-inconsistent behaviour. The quasi-hyperbolic model provides a significantly more successful account of behaviour than the alternatives considered. We estimate the joint distribution of time preferences and the distribution of discount functions at various time horizons.