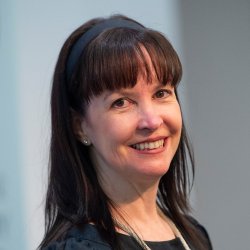 Marie Newhouse is a senior lecturer in law, philosophy, and public policy at the University of Surrey. Her research focuses on issues in legal philosophy, especially Kantian accounts of legal obligation, the nature of the state's legislative authority, and the nature of criminal wrongdoing. She holds a B.A. in political science from the University of Washington, a J.D. from the University of Washington School of Law, and a Ph.D. in public policy from Harvard University. Previously, Dr. Newhouse was an associate at Sirianni Youtz Spoonemore & Hamburger in Seattle and a senior fellow at the Manhattan Institute's Center for Legal Reform in New York. 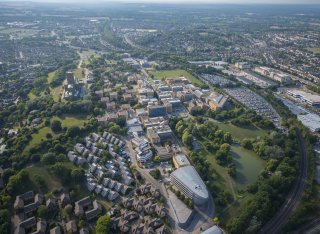 Ph.D. supervision: I am happy to consider supervising projects at the intersection of law and philosophy, particularly those working within Kantian paradigms.

M. E. Newhouse (2019). 'The Legislative Authority' 24(4) Kantian Review (forthcoming)
View abstract View full publication
This article develops an account of the nature and limits of the state’s legislative authority that closely attends to the challenge of harmonising Kant’s ethical and juridical theories. Part one clarifies some key Kantian concepts and terms. Part two explains the way in which the state’s three interlocking authorities—legislative, executive, and judicial—are metaphysically distinct and mutually dependent. Part three describes the emergence of the Kantian state and identifies the preconditions of its authority. Part four offers a metaphysical model of the Kantian state and uses it to argue that the activity of juridical lawgiving is an act of the omnilateral will itself. Part five argues that the legislative authority is limited in the sense that it does not include the capacity to create juridical laws that are conceptually incompatible with the idea of universal external freedom. Part six argues that my proposed account of the legislative authority is wholly consistent with that authority’s exclusive lawgiving capacity and does not threaten the possibility of ‘distributive justice’—the legal finality that is the sine qua non of a civil condition.
M. E. Newhouse and Howard Williams (eds) (2019). 'Special Issue on Kant and Law' 24(4) Kantian Review (forthcoming)
M. E. Newhouse (2019). 'Juridical Law as a Categorical Imperative' in Ruhi Demiray & Alice Pinheiro Walla (eds), Reason, Rights and Law: New Essays on Kantian Philosophy (Cardiff: University of Wales Press), pp. 105-125. (forthcoming)