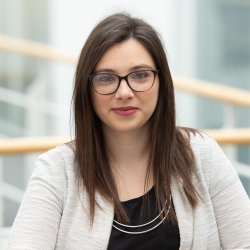 Epidemiological studies have shown long-term consumption of chlorinated drinking water is associated with an enhanced risk of developing bladder cancer. The cause of this link remains obscure, although it is assumed that disinfection by-products are implicated. These are generated during drinking water treatment from reactions between precursor compounds (both organic and inorganic) and disinfectants (chlorine being the commonest).

Thus, there is a mismatch between the evidence from analytical chemistry, toxicology and epidemiology. A plausible explanation is that bladder carcinogens in drinking water are being missed or overlooked. This research aims at identifying and prioritising DBPs that may be responsible for the risk of bladder cancer observed, the carcinogenicity of which can be assessed in future work.

Occurrence, toxicity and removal of micropollutants in drinking water

Diana, M., Felipe-Sotelo, M., Bond, T. (2019). Disinfection byproducts potentially responsible for the association between chlorinated drinking water and bladder cancer : A review
View abstract View full publication
Epidemiological studies have consistently associated the consumption of chlorinated drinking water with an enhanced risk of bladder cancer. While this suggests that some disinfection byproducts (DBPs) are bladder carcinogens, causal agents are unknown. This study aims to highlight likely candidates. To achieve this, structures of known and hypothesised DBPs were compared with 76 known bladder carcinogens. The latter are dominated by nitrogenous and aromatic compounds; only 10 are halogenated. Under 10% of the chlorine applied during drinking water treatment is converted into identified halogenated byproducts; most of the chlorine is likely to be consumed during the generation of unidentified non-halogenated oxidation products. Six nitrosamines are among the nine most potent bladder carcinogens, and two of them are known to be DBPs: N-nitrosodiphenylamine and nitrosodibutylamine. However, these and other nitrosamines are formed in insufficiently low concentrations in chlorinated drinking water to account for the observed bladder cancer risk. Furthermore, although not proven bladder carcinogens, certain amines, haloamides, halocyclopentenoic acids, furans and haloquinones are potential candidates. At present, most identified bladder carcinogens are nitrogenous, whereas >90% of natural organic matter is not. Therefore, non-nitrogenous DBPs are likely to contribute to the bladder cancer risk. Given the high proportion of DBPs that remains uncharacterised, it is important that future research prioritises compounds believed to be potent toxicants.