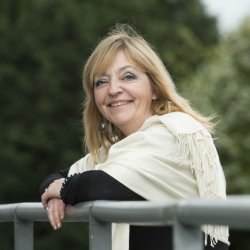 Professor Marion Wynne-Davies joined Surrey in 2007 and was responsible for establishing English as a discipline at the University. She also one of the first to pioneer the use of placements in English Literature and Creative Writing degrees in the UK. Before coming to Surrey, she worked at the universities of Dundee and Keele, after holding prestigious research fellowships at Liverpool and the Sorbonne.

Wynne-Davies is known internationally for her path-breaking work on Renaissance women dramatists, publishing a prize-winning edition of four plays in 1996. She has held research fellowships at the Folger, Huntington, Harry Ransom Center and Newberry, as well as living and working in the US, Canada, Germany and Japan. 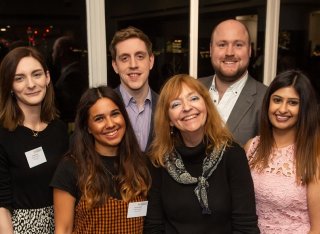 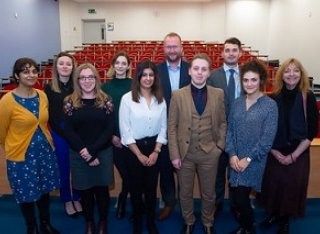 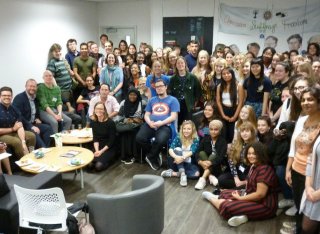 Wynne-Davies is primarily known for her work on Renaissance Literature and on women writers. Currently, she working on a revisionist history of twentieth century literature that is based on the archival research into the PEN papers undertaken at the Harry Ransom Center.

Wynne-Davies teaches a wide range of modules at Surrey, in particular Renaissance Literature, women writers and screenwriting. She also particularly enjoys teaching the postgraduate module, Gender and Identity: Marketing in Practice, for which she regularly received 100 per cent satisfaction scores from students.

Mary Stewart's Arthurian novels are some of the most enjoyed twentieth-century versions of the legends.She is one of the most important women writers to address herself to the stories of Arthur.

M Wynne-Davies (2000)'So Much Worth': Autobiographical Narratives in the Work of Lady Mary Wroth, In: Betraying our selvespp. 76-93
M Wynne-Davies Margaret Atwood Northcote House Publishers Ltd.
This book traces Atwood’s development from the publication of The Circle Game in 1966 to her most recent work, The Door (2007) noting that each phase of writing demonstrated both a commitment to, and interrogation of, specific themes. These textual focus points were, however, shown to defy neat classifications in terms of chronology and genre, since Atwood returns to, intertwines and alters perceptions of issues such as, nation, gender, politics, myth, chronology, geographical space, ecological ethics and authorial identity.
M Wynne-Davies (2000)The collected works of Mary Sidney Herbert Countess of Pembroke, In: CAMBRIDGE QUARTERLY29(2)pp. 181-184 OXFORD UNIV PRESS
DOI: 10.1093/camqtly/29.2.181
M Wynne-Davies (2003)Suicide at The Elephant and Castle, or did the lady vanish? Alternative Endings for Early Modern Women Writers, In: Region, religion and patronagepp. 121-142 Manchester Univ Pr
This book explores the network of social, political and spiritual connections in north west England during Shakespeare's formative years.
M Wynne-Davies (2000)The 'Anxious Dream': Julia Margaret Cameron's Gothic Perspective, In: Victorian Gothicpp. 129-147 Macmillan Pub Ltd
M Wynne-Davies (2000)'For Worth Not Weakness Makes in Use But One': Literary Dialogues in an English Renaissance Family, In: This double voicepp. 164-184
M Wynne-Davies (2000)'My Fine Delitive Tomb': Liberating Sisterly Voices during the Civil War, In: Female communities, 1600-1800pp. 111-128
Justin M. Byron-Davies (2016)The influence of the biblical Apocalypse upon Julian of Norwich's 'Revelations of Love' and William Langland's 'Piers Plowman'.
This thesis fills a gap in knowledge by systematically identifying ways in which Julian of Norwich’s 'Revelations of Love' and William Langland’s 'Piers Plowman' were influenced by the biblical Apocalypse and exegetical writings. It considers the implications of areas of confluence such as spiritual warfare and other salient thematic elements of the Apocalypse which both writers reapply and emphasise. It contends that the exegetical approach to the Apocalypse is more extensive in Julian’s 'Revelations' and more sophisticated in 'Piers Plowman' than previously thought, whether through primary or secondary textual influences. The thesis explores concepts of authority and medieval interpretations of the Apocalypse within the orthodoxy versus heterodoxy debate. It considers Julian’s explications of her vision of the soul as city of Christ and all believers – the fulcrum of her eschatologically-focussed Aristotelian and Augustinian influenced pneumatology. It explores the liberal soteriology implicit in her Parable of the Lord and the Servant in its Johannine and Scotistic Christological emphasis, the Bernadine influenced concept of the Motherhood of God, the absent vision of hell, and the eschatological ‘grete dede’, vis-à-vis a possible critique of the prevalent hermeneutic. It contextualises Julian’s writing by considering contemporaneous Apocalypse-influenced women writers such as Marguerite Porete and Margery Kempe. The thesis argues that Langland transposes Apocalypse 1-17 onto fourteenth-century England as a loose template for his own apocalypse. It considers his poetics with reference to Bakhtinian theoretical concepts which Langland employs within nuanced re-applications of the Apocalypse. It explores the agrarian metaphor and apocalyptic imagery in the poem’s opening, and the innovative employment of the allegorical dream vision genre. In discussing Langland’s apocalyptic dreams’ openings and personifications it highlights his re-imaginings of sections of the Apocalypse, arguing that the didactic oraculum of his personification, Lady Holy Church, bears similarities with Apocalypse 2-3. It reconsiders Lady Meed as Whore of Babylon and Langland’s evocation of the Antichristus Mysticus comparable to the perceived threat to the nascent Christian community in the Apocalypse. Key Words: Apocalypse; Mikhail Bakhtin; Christ; eschatology; harrowing of hell; Joachite; Julian of Norwich; William Langland; Piers Plowman; Revelations of Love; spiritual warfare