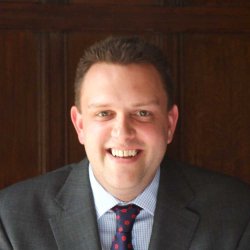 Mark graduated from the University of Surrey with a First Class BSc (Hons) in Hotel and Catering Management in 2001 where he also received Associateship of the University for distinction in his professional training year.

Following University, Mark enjoyed a career in four and five red star hotels becoming Food and Beverage Manager at the Five Red Star Athenaeum Hotel and Apartments on Piccadilly in London. Mark moved to Tylney Hall, a luxury Country House hotel in Hampshire, where we had spent his professional training year as Deputy General Manager, and became General Manager three years later. Mark's most recent General Mangers role was at the design-led, Aviator - a hotel by Tag, in Farnborough, where he and his team secured red star status for the hotel in less than twelve months and won a string of other awards.

Mark returned to Surrey University as an Associate Teaching Fellow in 2016 whilst also undertaking consultancy roles, and was appointed to be a permanent member of staff in September 2018 as a Teaching Fellow in Hospitality Operations Management; he is also Programme Leader for the BSc (Hons) International Hospitality and Tourism Management degree. Mark is a Fellow of the Institute of Hospitality and is currently studying towards a research degree in Service Process Design.

I am currently studying for a research degree:

"An exploratory investigation into the use of Artificial Intelligence in hotel Service Process Design: can Customer Dominant Logic provide improved value"

Start up Ventures in Hospitality (Level 7)