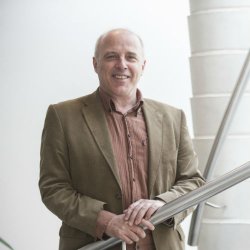 After studying pure Mathematics to post-graduate level at Warwick, Mark taught as a secondary teacher in London for 5 years. He then re-trained in Information Systems Engineering and began research in Neural Networks; specifically, studying mathematically the stability of nonlinear circuits of Hopfield-type as a system of nonlinear ordinary differential equations. He also began lecturing Mathematics and Statistics at Kingston University, London.

Mark has extensive Commercial experience with big data sets in HealthCare, nationally and internationally, working as a Senior Statistician at Dr Foster (one of the leading providers of healthcare variation analysis and clinical benchmarking solutions worldwide). For the last four years he has been Statistician with the Global Comparators project, a major international hospital network created in 2011 to be a global hospital benchmarking collaborative.

Over 70% of the health-care budget in England is spent on the care of people with long-term conditions (LTCs), and a major cost component is unscheduled health care. Psychological morbidity is high in people with LTCs and is associated with a range of adverse outcomes, including increased mortality, poorer physical health outcomes, increased health costs and service utilisation.

The aim of this programme of research was to examine the relationship between psychological morbidity and use of unscheduled care in people with LTCs, and to develop a psychosocial intervention that would have the potential to reduce unscheduled care use. We focused largely on emergency hospital admissions (EHAs) and attendances at emergency departments (EDs).

Evidence synthesis suggested that depression, but not anxiety, is a predictor of use of unscheduled care in patients with LTCs, and low-intensity complex interventions reduce unscheduled care use in people with asthma and COPD. The results of the prospective study were that depression, not having a partner and life stressors, in addition to prior use of unscheduled care, severity of illness and multimorbidity, were independent predictors of EHA and ED admission. Approximately half of the cost of health care for people with LTCs was accounted for by use of unscheduled care. The results of the replication study, carried out in London, broadly supported our findings for risk of ED attendances, but not EHAs. This was most likely due to low rates of detection of depression in general practitioner (GP) data sets. Qualitative work showed that patients were reluctant to use unscheduled care, deciding to do so when they perceived a serious and urgent need for care, and following previous experience that unscheduled care had successfully and unquestioningly met similar needs in the past. In general, emergency and primary care doctors did not regard unscheduled care as problematic. We found there are missed opportunities to identify and discuss psychosocial issues during routine consultations in primary care due to the ?overmechanisation? of routine health-care reviews. The feasibility trial examined two levels of an intervention for people with COPD: we tried to improve the way in which practices manage patients with COPD and developed a targeted psychosocial treatment for patients at risk of using unscheduled care. The former had low acceptability, whereas the latter had high acceptability. Exploratory health economic analyses suggested that the practice-level intervention would be unlikely to be cost-effective, limiting the value of detailed health economic modelling.

The findings of this programme may not apply to all people with LTCs. It was conducted in an area of high social deprivation, which may limit the generalisability to more affluent areas. The response rate to the prospective longitudinal study was low. The feasibility trial focused solely on people with COPD. Conclusions: Prior use of unscheduled care is the most powerful predictor of unscheduled care use in people

Acute gastroenteritis (AGE) is a highly transmissible condition. Determining characteristics of household transmission will facilitate development of prevention strategies and reduce the burden of this disease. We are carrying out this study to describe household transmission of medically attended AGE, and explore whether there is an increased incidence in households with young children.

This study used the Royal College of General Practitioners (RCGP) Research and Surveillance Centre (RSC) primary care sentinel network, comprising data from 1 750 167 registered patients (August 2017 database). We conducted a novel analysis using a ?household key', to identify patients within the same household (n=811 027, mean 2.16 people). A 25-year repeated cross-sectional study will explore the incidence of medically attended AGE overall and then a 5-year retrospective cohort study will describe household transmission of AGE. The cross-sectional study will include clinical data for a 25-year period?1 January 1992 until the 31 December 2017. We will describe the incidence of AGE by age-band and gender, and trends in incidence. The 5-year study will use Poisson and quasi-Poisson regression to identify characteristics of individuals and households to predict medically attended AGE transmitted in the household. This will include whether the household contained a child under 5 years and the age category of the first index case (whether adult or child under 5 years). If there is overdispersion and zero-inflation we will compare results with negative binomial to handle these issues.

All RCGP RSC data are pseudonymised at the point of data extraction. No personally identifiable data are required for this investigation. The protocol follows STrengthening the Reporting of OBservational studies in Epidemiology guidelines (STROBE). The study results will be published in a peer-review journal, the dataset will be available to other researchers.

Helicopter Emergency Medical Services (HEMS) are a scarce resource that can provide advanced emergency medical care to unwell or injured patients. Accurate tasking of HEMS is required to incidents where advanced pre-hospital clinical care is needed. We sought to evaluate any association between non-clinically trained dispatchers, following a bespoke algorithm, compared with HEMS paramedic dispatchers with respect to incidents requiring a critical HEMS intervention.

A total of 4703 incidents were included; 2510 in period one and 2184 in period two. Variation in tasking was reduced by introducing non-clinical dispatchers. There was no difference in median time from 999 call to HEMS activation between period one and two (period one; median 7 min (IQR 4?17) vs period two; median 7 min (IQR 4?18). Non-clinical dispatch improved accuracy of HEMS tasking to a mission where a critical care intervention was required (OR 1.25, 95% CI 1.04?1.51, p = 0.02).

Major haemorrhage is a leading cause of mortality following major trauma. Increasingly, Helicopter Emergency Medical Services (HEMS) in the United Kingdom provide pre-hospital transfusion with blood products, although the evidence to support this is equivocal. This study compares mortality for patients with suspected traumatic haemorrhage transfused with pre-hospital packed red blood cells (PRBC) compared to crystalloid.

A single centre retrospective observational cohort study between 1 January 2010 and 1 February 2015. Patients triggering a pre-hospital Code Red activation were eligible. The primary outcome measure was all-cause mortality at 6 hours and 28 days, including a sub-analysis of patients receiving a major and massive transfusion. Multivariable regression models predicted mortality. Multiple Imputation (MI) was employed, and logistic regression models were constructed for all imputed datasets.

In a single centre UK HEMS study, in patients with suspected traumatic haemorrhage who received a PRBC transfusion there was an observed, but non-significant, reduction in mortality at 6 hours and 28 days, also reflected in a massive transfusion subgroup. Patients receiving pre-hospital PRBC were significantly less likely to require an in-hospital major transfusion. Further adequately powered multi-centre prospective research is required to establish the optimum strategy for pre-hospital volume replacement in patients with traumatic haemorrhage.

de Lusignan Simon, McGee Christopher, Webb Rebecca, Joy Mark, Byford Rachel, Yonova Ivelina, Hriskova Mariya, Ferreira Filipa, Elliot Alex J, Smith Gillian, Rafi Imran (2018) Conurbation, Urban, and Rural Living as Determinants of Allergies and Infectious Diseases: Royal College of General Practitioners Research and Surveillance Centre Annual Report 2016-2017,JMIR Public Health and Surveillance4(4)e11354 JMIR Publications
DOI: 10.2196/11354
Background: Living in a conurbation, urban, or rural environment is an important determinant of health. For example, conurbation and rural living is associated with increased respiratory and allergic conditions, whereas a farm or rural upbringing has been shown to be a protective factor against this. Objective: The objective of the study was to assess differences in general practice presentations of allergic and infectious disease in those exposed to conurbation or urban living compared with rural environments. Methods: The population was a nationally representative sample of 175 English general practices covering a population of over 1.6 million patients registered with sentinel network general practices. General practice presentation rates per 100,000 population were reported for allergic rhinitis, asthma, and infectious conditions grouped into upper and lower respiratory tract infections, urinary tract infection, and acute gastroenteritis by the UK Office for National Statistics urban-rural category. We used multivariate logistic regression adjusting for age, sex, ethnicity, deprivation, comorbidities, and smoking status, reporting odds ratios (ORs) with 95% CIs. Results: For allergic rhinitis, the OR was 1.13 (95% CI 1.04-1.23; P=.003) for urban and 1.29 (95% CI 1.19-1.41; P<.001) for conurbation compared with rural dwellers. Conurbation living was associated with a lower OR for both asthma (OR 0.70, 95% CI 0.67-0.73; P<.001) and lower respiratory tract infections (OR 0.94, 95% CI 0.90-0.98; P=.005). Compared with rural dwellers, the OR for upper respiratory tract infection was greater in urban (OR 1.06, 95% CI 1.03-1.08; P<.001) but no different in conurbation dwellers (OR 1.00, 95% CI 0.97-1.03; P=.93). Acute gastroenteritis followed the same pattern: the OR was 1.13 (95% CI 1.01-1.25; P=.03) for urban dwellers and 1.04 (95% CI 0.93-1.17; P=.46) for conurbation dwellers. The OR for urinary tract infection was lower for urban dwellers (OR 0.94, 95% CI 0.89-0.99; P=.02) but higher in conurbation dwellers (OR 1.06, 95% CI 1.00-1.13; P=.04). Conclusions: Those living in conurbations or urban areas were more likely to consult a general practice for allergic rhinitis and upper respiratory tract infection. Both conurbation and rural living were associated with an increased risk of urinary tract infection. Living in rural areas was associated with an increased risk of asthma and lower respiratory tract infections. The data suggest that living environment may affect rates of consultations for certain conditions. Longitudinal analyses of these data would be useful in providing insights into important determinants.
Faithfull Sara, Turner Lauren, Poole Karen, Joy Mark, Manders Ralph, Weprin Jennifer, Winters-Stone Kerri, Saxton John (2019) Prehabilitation for adults diagnosed with cancer: A systematic review of long-term physical function, nutrition and patient-reported outcomes,European Journal of Cancer Caree13023pp. 1-22 Wiley
DOI: 10.1111/ecc.13023

Prehabilitation is increasingly being used to mitigate treatment?related complications and enhance recovery. An individual's state of health at diagnosis, including obesity, physical fitness and comorbidities, are influencing factors for the occurrence of adverse effects. This review explores whether prehabilitation works in improving health outcomes at or beyond the initial 30 days post?treatment and considers the utility of prehabilitation before cancer treatment.

A database search was conducted for articles published with prehabilitation as a pre?cancer treatment intervention between 2009 and 2017. Studies with no 30 days post?treatment data were excluded. Outcomes post?prehabilitation were extracted for physical function, nutrition and patient?reported outcomes.

When combined with rehabilitation, greater benefits were seen in 30?day gait and physical functioning compared to prehabilitation alone. Large?scale randomised studies are required to translate what is already known from feasibility studies to improve overall health and increase long?term cancer patient outcomes.