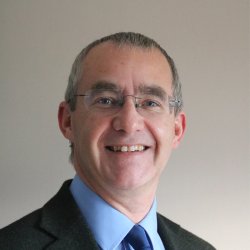 Martin graduated from the School of Pharmacy, University of London in 1988.  Following a spell in hospital pharmacy and research at University College Hospital, London, Martin moved to the pharmaceutical industry, where he spent 20 years in human drug discovery and development at Pfizer, Quintiles and Novartis.  In 2012, he took a career break to read veterinary medicine, and graduated from the Royal Veterinary College, University of London in 2016.  Martin worked as a companion animal vet before being appointed Teaching Fellow in Veterinary Pharmacology and Therapeutics at the University of Surrey in January 2018.  In addition to his part-time teaching role, Martin is a Resident of the European College of Veterinary Pharmacology and Toxicology.