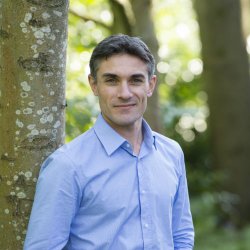 John R, Kahrimanovic E, Otto A, Tavernini D, Camocardi M, Perelli P, Dalmasso D, Blaz S, Trojaniello D, Oleari E, Sanna A, Groppo R, Romano C (2016) Light Electric Vehicle Enabled by Smart Systems Integration,Advanced Microsystems for Automotive Applications 2016: Smart Systems for the Automobile of the Future. Lecture Notes for Mobility.pp. 201-215 Springer
DOI: 10.1007/978-3-319-44766-7_17
For the first time in history, the majority of people live now in urban areas. What is more, in the next four decades, the number of people living in the world?s urban areas is expected to grow from 3.5 billion to 5.2 billion. At the same time, populations around the world are rapidly ageing. By 2050, the global population of people aged 60 years and over is expected to reach almost 2 billion, with the proportion of older people doubling between 2006 and 2050. This growth and ageing of the population will pose great challenges for urban mobility, which will be addressed within the SilverStream project. In particular, it will develop and demonstrate a radically new light and affordable Light Electric Vehicle concept for the ageing population in congested European cities with scarce parking space.