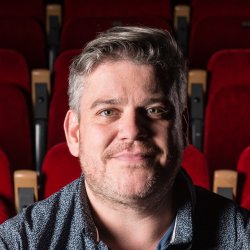 Niall is a senior teaching fellow at the Guildford School of Acting and has worked since 2006 across all undergraduate and postgraduate programmes offered by the school.

Outside of GSA, Niall has worked as a freelance Musical Director, Orchestrator and Theatre Producer.

Emma Medland, Alison James and Niall Bailey (2017). Pedagogical Peculiarities: “Messy and Precise”: Peculiarities and Parallels between the Performing
Arts and Higher Education
View abstract
This book is published at a time when higher education is in a state of flux. Over the course of a decade we have seen the peculiar challenges of massification, internationalisation, and an increasingly diverse body of students and teachers. Higher education researchers like Rajani Naidoo (e.g. 2016) and Philip Altbach (e.g. 2016), point to how factors of globalisation and internationalisation have placed significant challenges to how the academic community responds to an ever diversifying student population. With an international, socially and culturally diverse student and teaching body, there emerges an array of requirements and challenges that need to be understood and addressed. These are grounded in the increased marketization and bureaucracy that characterises contemporary higher education. As a result, higher education has perhaps become more risk-averse as the student voice gains greater authority. Universities have become distracted by league tables and appear increasingly nervous of new forms of performance regulation that will label academics as excellent teachers, or not. However, teaching is just one element of the professional role that characterises the traditional academic, the other substantive components of which are research and administration. Within this tripartite structure of the role, academics are seen to gravitate towards just one or other of these as a preferred activity, highlighting what Macfarlane (2011) refers to as the ‘unbundling’ of the academic role. Consequently, talk centres on academics as effective teachers, or excellent researchers, or successful managers. Far less often it seems, do we think of academics as a coherent combination of all three. This is the consequence of an ideologically-informed values system in higher education that places research at the pinnacle of professional esteem and status, followed, arguably not too far behind by administration as another route to institutional power and authority. Lagging in third, lies teaching; rather less well thought of, though still seen as important. ‘Teacher-bashing’ has been recognised as a ‘popular sport’ for some time (Palmer, 1998: 3), being fuelled by the pressures created by the current consumerist view of higher education. Nevertheless, teaching is also a form of activity from which, ironically, the university in many national contexts achieves its major form of funding and, therefore, sustainability. In an attempt to create greater balance between research and teaching, a spotlight on teaching excellence in higher education has resulted in the proliferation of academic developers recruited by universities to support and encourage the pedagogical enhancement of academic staff (Gibbs, 2013). This has been accompanied by the recognition and reward of teaching excellence through the award of fellowship by professional bodies, such as the UK’s Higher Education Academy (HEA), which provides benchmark accreditation that has increasingly become a requirement of academic appointment. However, a spotlight on teaching excellence implies that there is a single ultimate target to reach for, which raises significant questions as to what is understood by teaching quality in a sector that is renowned and revered for its autonomy and diversity.