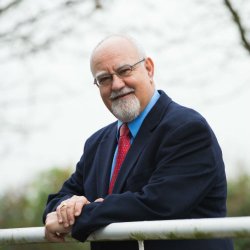 Professor Nickolaos Travlos joined the University of Surrey in September 2016 as Professor of Finance and Accounting. He has teaching and research interests in the areas of Corporate Finance, Financial Analysis, Financial Markets, Banking, and Mergers and Acquisitions. Prior to the University of Surrey he was at ALBA Graduate Business School (1992-2016) holding the Kitty Kyriacopoulos Chair in Finance and serving as its first Dean (1998-2016).

He has also taught at Boston College, City University of New York (Baruch College), New York University (L. Stern School of Business) and University of Piraeus (1990-1998), where he served as Chairman of the Department of Banking and Financial Management (1993-1997) and Director (founder) of the MSc in Banking and Financial Management (1997-1998). Moreover, he held the position of Distinguished Senior Research Fellow at Cardiff Business School (U.K.), 1998-2007.

Professor Travlos' research has been published in leading academic journals such as The Journal of Finance (10 papers); Journal of Accounting Research; Journal of Financial and Quantitative Analysis; Journal of Corporate Finance; Review of Finance; Financial Management; Journal of Financial Research, etc. His research findings have been cited widely in numerous international academic journals and text-books, while managerial implications of his work have appeared in the best relevant outlets. In 2008 Professor Travlos was recognized as one of the “most contributing” authors in the Journal of Finance (JF), “the gold standard in academic finance literature”, over its six decades of existence. In addition, his published article “Corporate Takeovers Bids, Methods of Payment and Bidding Firms' Stock Returns” (The Journal of Finance, 1987b) was included in 1994 in the list of the twenty most influential published papers in Finance. Other published papers have been voted as the best papers appeared in the associated journals. He has served on the editorial Board of several international academic journals and has served as President/Chairman of several international academic Associations and Conferences. His research agenda includes Mergers and Acquisitions, Executive Compensation, Corporate Governance, Corporate Control, Dividend Policy, Ownership Structure, International Acquisitions, Leveraged Buyouts, Capital Restructuring and Raising New Capital. 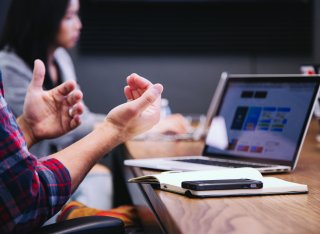 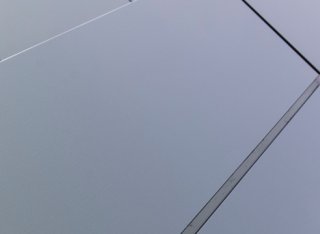 This study explores the impact of joint corporate asset restructuring decisions where firms sell an asset in order to fund a subsequent acquisition (selling-to-buy). We find that firms with asset sales are associated with increased acquisition probability. The effect is more pronounced for financially constrained firms. We also show that, in addition to the established improved firm efficiency from focus-increasing asset sales, financially constrained firms obtain the necessary funds to conduct focus-increasing acquisitions, improving further their efficiency. This translates into both higher long-run operating performance and stock abnormal returns at the asset sale announcement.

We use hand-collected board data around the issuance of two distinct government-led board structure mandates in the U.K. to establish the effect of outside directors on acquirer performance. Increases in outside director representation are associated with better acquirer returns in deals involving listed targets, but not when the target is private. These results are consistent with greater outside director reputational exposure when publicity is high. While we do not advocate mandated board structures, our evidence suggests that the particular diktats we examine were associated with improved acquirer performance in public firm takeovers. We present corroborating evidence from the U.S. around a similar reform period.

M&A deals create more value for acquiring firm shareholders post-2009 than ever before. Public acquisitions fuel positive and statistically significant abnormal returns for acquirers while stock-for-stock deals no longer destroy value. Mega deals, priced at least $500mil, typically associated with more pronounced agency problems, investor scrutiny and media attention, seem to be driving the documented upturn. Acquiring shareholders now gain $62 mil around the announcement of such deals; a $325 mil gain improvement compared to 1990-2009. The corresponding synergistic gains have also catapulted to more than $542 mil pointing to overall value creation from M&As on a large scale. Our results are robust to different measures and controls and appear to be linked with profound improvements in the quality of corporate governance among acquiring firms in the aftermath of the 2009 financial crisis.

We study whether formal enforcement actions, imposed on U.S. banks during 2000–2014 for serious financial safety and internal control problems, affect the probability that punished banks become targets of mergers and acquisitions (M&As). We find an increase in the probability of punished banks' acquisitions of at least 0.7%. A similar pattern is identified during both the financial crisis period of 2008–2009 and beyond the 2008–2009 period. Furthermore, these acquisitions improve the operating performance of post-acquisition combined entity, lending support to the hypothesis that punished banks' M&As serve as a means to replace inefficient management and restore the target banks' performance.

We extend the U.S. bank M&As literature by examining bidder announcement abnormal returns in deals involving both public and private targets over a 32-years examination period. Our main findings document the existence of a listing effect in our sample. Banks gain when they acquire private firms and lose when they acquire public firms. Gains in private offers are even higher when bidders employ financial advisors, whereas the opposite is true for public deals. We argue that this adverse advisor effect relates to the different levels of information asymmetry between public and private targets. Our results remain robust when we control for usual determinants of bidder abnormal returns, such as the method of payment, size, or relative size and when we control for sample selection and endogeneity problems.

This study shows that credit default swap (CDS) reference firms are more likely to conduct acquisitions. In economic terms, CDS reference firms have a 5% higher acquisition propensity than non-CDS firms. Additionally, CDS reference acquirers experience higher announcement returns. This is driven by CDS reference acquirers with high credit risk, who are also associated with a lower probability of default. The positive effect of CDS on acquisition outcomes is attributable to the empty creditor threat posed by CDS-protected creditors. Finally, consistent with CDS increasing debt capacity, cash is more likely to be used as the payment method.

We contribute to the debate on whether stock-financed acquisitions destroy value for shareholders. A stock-financed acquisition is a joint takeover/equity-issue event. Using seasoned equity offering announcement returns, we estimate through linear prediction and propensity-score matching the share price drop that stock acquirers experience due to the financing choice. Net of this effect, stock-financed acquisitions are not value destructive, and the method of payment generally has no further explanatory power in the cross-section of acquirer returns. Our evidence is largely inconsistent with the agency costs of overvalued equity hypothesis.