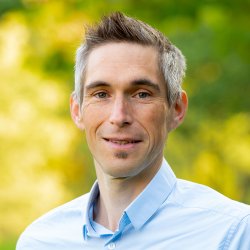 After studying Biochemistry as an undergraduate, I dived into the exciting world of RNA-protein interactions, first through an MSc in Molecular Biophysics at University Paris VI (Fr), then during my PhD with Eric Guittet at the Institut de Chimie des Substances Naturelles and University Paris XI (Fr) graduating in 2003. During this time, I applied NMR spectroscopy and biochemical techniques to characterise RNA-proteins interactions important for HIV replication. This got me interested into the role of RNA structure in viral life cycle. I pursued this interest at the Laboratory of Molecular Biology in Cambridge (UK), with Peter Lukavsky, teasing out how structures within the HCV RNA coordinates the recruitment of the translation machinery by isolating ribosomal complexes. At University Paris Descartes (Fr), with Bruno Sargueil, I then established a new mechanism used by HIV to recruit several ribosomes and synthesise viral proteins.

In 2009, I established my own lab at University of Surrey, first as Lecturer, Senior Lecturer, Reader and now Professor of Virology and Lead for the Virology Section. Our team specialises in the control of gene expression by viruses, characterising how viruses hijack the translational machinery to make their own proteins, but also how they manipulate gene expression in the infected host. Building on this, we now also study mechanisms of translational control important in health and diseases.

I am specialised in virus-host interactions, the role of RNA structures in viral life cycle, and the control of gene expression in relation with health and diseases 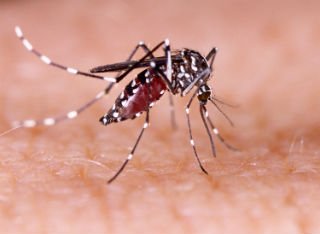 Battle against deadly dengue virus gets £750,000 funding boost at Surrey 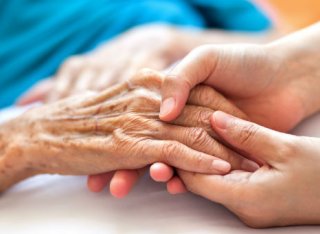 £1.7m awarded to University of Surrey for research into neurological diseases

While we ask diverse research questions in the Locker lab, they all converge towards one over-arching theme: How do cells or pathogens maintain a specific translational programme in conditions where general translation is compromised or targeted for regulation?

Our main research interests are the regulation of gene expression and translational control during viral infection. We are trying to address fundamental questions at the interface between microbiology and RNA biology by asking how microbial genomes take control of the infected host protein synthesis machinery and how this impacts on the host translational landscape at the molecular and cellular level. We are also interested in other translational control mechanisms that impact on heath and diseases.

Translational control during viral infection
Based on previous experience about translational control mediated by viral RNAs, our goal is to dissect host—pathogen interactions and understand . Human norovirus (HuNV) is a member of the calicivirus family and is a major cause of viral gastroenteritis. Norovirus lacks a suitable cell culture system, so its replication mechanisms are poorly understood, but two animal caliciviruses, the feline calicivirus (FCV) and mouse norovirus (MNV) provide models to increase our understanding of norovirus translation and replication. Unlike cellular mRNAs, the calicivirus RNA genome does not possess a 5' cap structure but instead has a 13–15 kDa viral protein, genome linked (VPg) directing translation and hijacking the host protein synthesis machinery. Previous work from the Roberts (Surrey) and Goodfellow (University of Cambridge) demonstrated that VPg acts as a  and interacts with eIF4E (the cap-binding protein), eIF4G and eIF4A (Goodfellow et al. 2005, Chaudhry et al. 2006), while it is known that the eIF4E phosphorylation and availability is subject to fine regulation during viral infection (Mohr et al. 2011), either to control the host antiviral response or to promote viral translation. Therefore, supported by the BBSRC, we investigate how caliciviruses , especially eIF4E and 4E-BP1, the involved in this process, and the effect on . We use RNA-seq approaches to understand these changes on a genome-wide level. To deepen our knowledge of  by viruses we are also studying how Stress Granules and P-bodies, which are sites of mRNA storage and degradation respectively, are affected during viral infection. In collaboration with the Ruggieri lab in Heidelberg, we address links between translational control and stress responses using flaviviruses such as Dengue virus as models. These projects are led by Dr Michele Brocard, Dr Valentina Iadevaia and Glenys Lewis. Michele has a wealth of experience in RNA biology and translational control mechanisms following her time as post-doc in the labs of Simon Morley and then Michelle West at Sussex. Valentina adds her experience in cellular signalling pathways that control translation gained while working with Chris Proud at Southampton and in the function of RNA-binding protein with Andre Gerber at Surrey. Glenys currently works towards obtaining her MSc Medical Microbiology and studies stress granules function.
translational control during norovirus infectionnovel proteinaceous ‘cap substitute’modulate the host protein synthesis machinerycell signalling pathways host and viral mRNA translationmodulation of mRNA metabolism
Role of Internal ribosome entry sites (IRES) during viral translation
To better understand the role of specific viral RNA domains during translation and the regulation of their activities we are dissecting the . In collaboration between Dr Locker, Prof Roberts (Surrey) and Prof Belsham (DTU National Veterinary Institute, Denmark) we investigate the role of HCV-like IRES elements of Seneca Valley Virus (SVV) and classical swine fever virus (CSFV) infection. In collaboration with Prof Shih (Chang Gung University Taiwan) we study how cellular proteins can assist viral IRES RNAs in the takeover of the virus-infected cell translation machinery during enterovirus 71 (EV71) infection. We are also characterizing a new IRES element directing the synthesis of vFLIP, a key tumorigenesis factor during Kaposi’s sarcoma-associated herpesvirus (KSHV) infection. Dr Nicolas Locker and Dr Margaret Carter (lab manager) both drive these highly collaborative projects. We are experienced in reconstituting and characterising RNA-protein interactions driving the assembly of ribosomal complexes using purified native translation factors. Margaret also brings her expertise in using cell culture assays to study viral replication.
structure-function relationship of several viral IRESes
Lab members 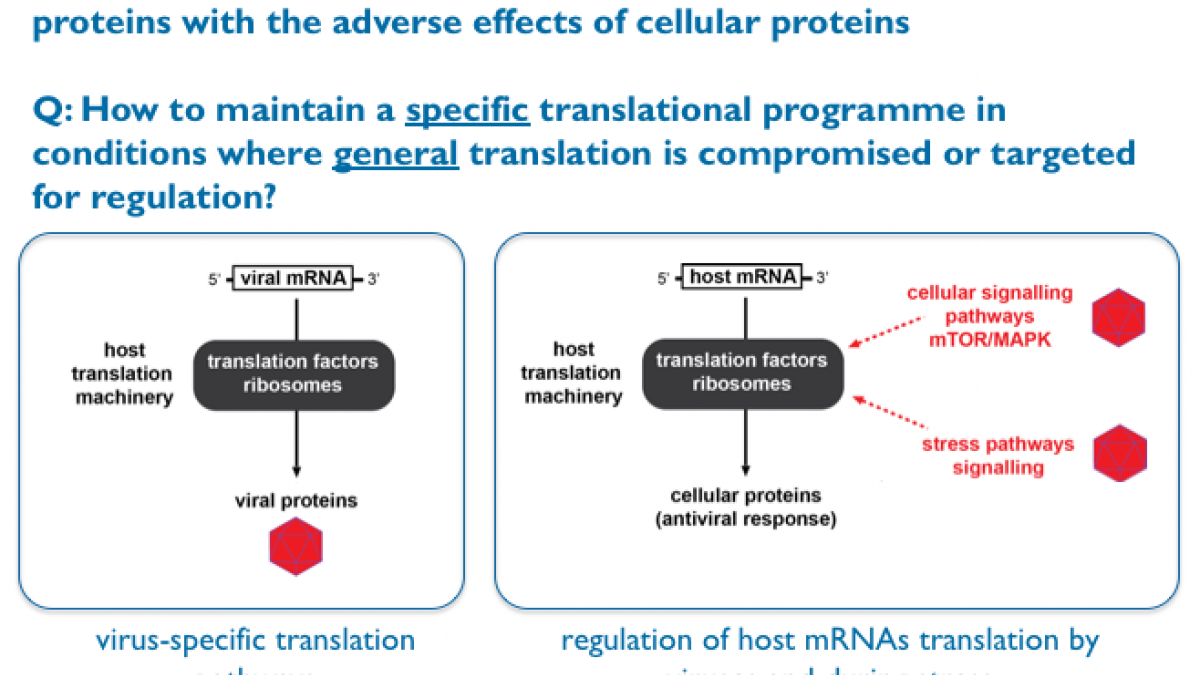 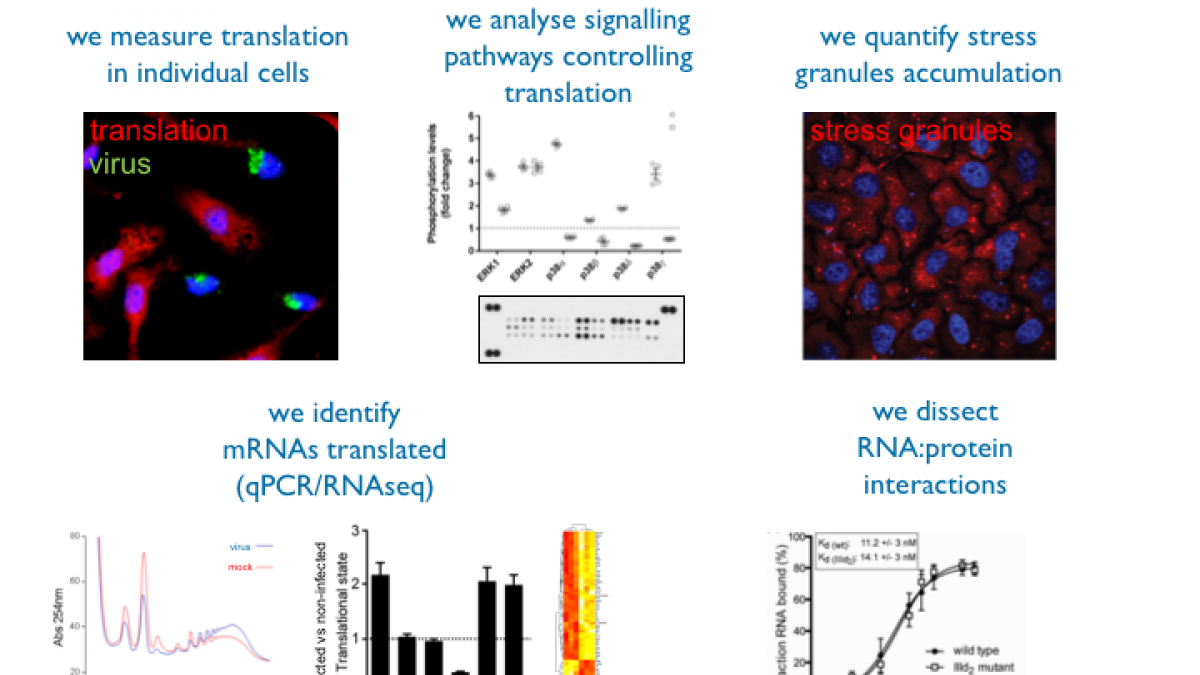 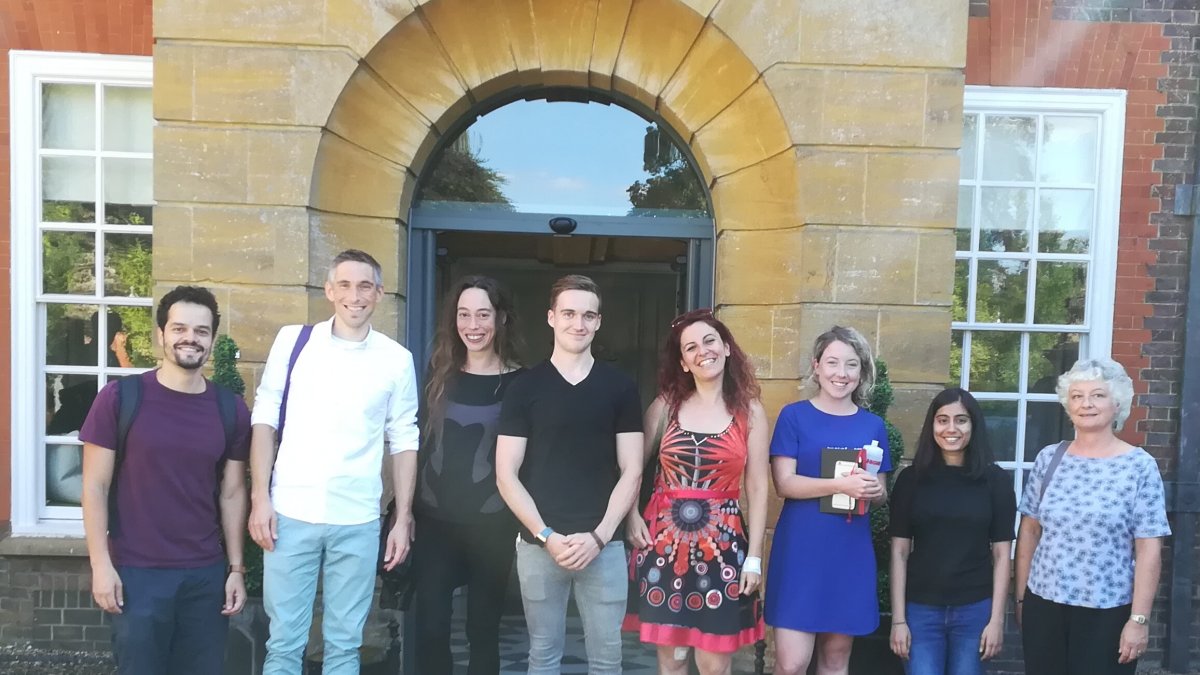 • ElAntak L, Tzakos AG, Locker N and Lukavsky PJ (2007) Structure of eIF3b-RRM and its interaction with eIF3j, structural insights into the recruitment of eIF3 to the 40S ribosomal subunit. Journal of Biochemical Chemistry, 282: 8165-74.