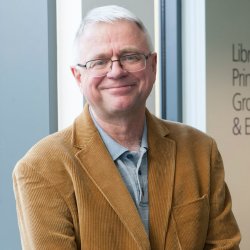 Paul Temple graduated from Cambridge University in 1973 and obtained an MA (Econ) from Manchester in 1975; in 2009 he was awarded a PhD from Cambridge on the basis of his published research. He has worked in a variety of academic posts, and taught in both the UK and US up until 1989. After that he worked as an Economic Adviser to the National Economic Development Council, working on issues such as labour market performance and international competitiveness. In 1993 he was appointed as Research Fellow in the Centre for Business Strategy, London Business School, studying a variety of topics related to Britain's economic performance - including investment, innovation, and the role of standards in promoting international competitiveness. He joined the School of Economics at Surrey in 1997, and was promoted to Reader in 2007.

His recent research at Surrey has included work relating to physical investment and the economics of technological change and innovation, especially in relation to standards. He also has interests in business and technological history. His publications include editorship of Britain's Economic Performance; Investment, Growth, and Employment; Critical Perspectives: Mergers and Acquisitions. He has also published articles in various journals including the Economic Journal, Oxford Economic Papers, The Journal of Business and Economic Statistics, the International Journal of Industrial Organization, Cambridge Journal of Economics and the Economic History Review.

Economic theory suggests several plausible reasons why firms may employ hurdle rates for capital investment appraisal that differ from discount rates. Using a sample of business units from the PIMS data bank of North American companies we find that hurdle rates are frequently below and also frequently above matched data on discount rates. Using multinomial logit analysis we find that variables representing the opportunity for strategic investment or the motivation for such investment increase the probability of managerial or strategic behaviour. We also find evidence for an irreversibility effect.

This paper presents an empirical study of the channels of influence from uncertainty to fixed investment suggested by real options theory. Using panel data from the Confederation of British Industry (CBI) Industrial Trends Survey, we report OLS estimates of the impact of uncertainty on investment where the regressors are augmented by cross-sectional averages of the dependent variable and of the individual specific regressors, as recently suggested by Pesaran (2004). The cross-industry pattern of results is checked for consistency with the pattern predicted by real options theory, using a specially constructed data set of industrial characteristics. We find that irreversibility is able to predict the pattern detected, but only when combined with a measure of the information advantage of delay. There is also evidence for expansion options effects; industries with high R&D and advertising intensities tend to have positive uncertainty effects.

In this paper we consider the relationship between the standards created by national standards bodies and long run economic growth, exploring the relationship in the context of the UK and the British Standards Institution (BSI). We suggest that standards provide a key enabling mechanism for the widespread diffusion of major technologies, while being generally supportive of incremental innovation and general technological understanding. In order to further understanding of this mechanism we measure the ‘output’ of the BSI by estimating the size of the BSI ‘catalogue’ available to the economy since its inception in 1901. The measure allows us to estimate an augmented production function for the UK economy over the period 1948-2002. Within a co-integrating framework, we find a statistically significant and unique co-integrating vector between labour productivity, the capital-labour ratio, exogenous technological progress and the BSI catalogue. The long-run elasticity of labour productivity with respect to the standards stock is estimated to be about 0.05, so that the rapid growth of the catalogue in the postwar period is associated with about 13% of the aggregate growth in labour productivity.

This article considers the model of voluntary, consensus based standardization as developed through the British Standards Institution (BSI) and its contribution to learning and productivity growth. It discusses the significant role played by professional engineers in the model’s introduction, its extension at home, and its imitation overseas. It is argued that by 1931 the BSI catalogue of standards represented a considerable stock of codified knowledge whose growth reflected underlying aggregate technological opportunities, assisting in their transformation into technological advance. To help validate this claim, a measure of the size of the BSI catalogue of standards is incorporated into an econometric model of aggregate productivity growth in Britain. Findings show that the growth of the standards catalogue is associated with a substantial proportion of labour productivity growth over the period 1931–2009. Estimates relating to the short-run dynamics involved are consistent with the idea that there are causal linkages running from standards to growth. When interpreting these findings, it is argued that the overall weight of historical evidence points to standardization—coordinated through the BSI—as providing an important path of learning for the British economy over the period considered.

This paper reports estimation of investment equations for two classes of fixed assets: plant & machinery and building for a large sample of UK manufacturing industries. It exploits the different degree of irreversibility that characterises these assets to test the power of real options theory to explain investment under uncertainty. Additionally, the paper uses a specially constructed industry-specific measure of irreversibility for plant and machinery investment to test for real options effects within that class of investment.

The paper argues that both the development of standards within consensus and rule based organizations and the methods used for the protection of intellectual property have pervasive and interacting, and sometimes possibly harmful, influences throughout innovation systems; both are moreover highly relevant for business strategies based upon open innovation. Using the UK Innovation Surveys and specially constructed data on the standards environment confronting firms, we illumine the importance of the standards for innovation and forward looking innovation commitments, as well as for firm’s decisions regarding methods of intellectual property protection. We find that cooperating firms particularly value the information content of standards. We supplement these findings with direct survey based evidence regarding not only the use of standards but also the motivations for participation in standard setting organizations. The surveys reported confirmed the widespread use of standards in research and services as well as manufacturing. Both IPR and participation development were frequently seen as strategically important. Motivation for participation included the ability to influence future standards and obtaining valuable information about the trajectories for technologies and markets. While IPR issues do sometimes conflict with standards setting processes, the evidence does not suggest that delay and other issues are a widespread problem in standard setting.

This paper compares pooled and non-pooled models of UK capital investment using the Confederation of British Industry's (CBI) Industrial Trends Survey, focusing on the impact of uncertainty. The uncertainty measure is based on the cross sectional dispersion of optimism about the future business conditions in the industry in which the firm operates. The panel data estimation shows that uncertainty has quantitatively important negative effects on investment. However, if we look at the estimation results at the industry level, we find a great diversity in both estimated elasticities and t-statistics, providing valuable information not available from the pooled model. Finally, we compare the forecast performances of the above models; this analysis confirms that pooled estimators are generally better than non-pooled estimators in terms of out-of-sample forecast performance, but the difference between the two is not very large.

This paper considers aspects of the competitive selection process in China - firm entry, survival, and exit - in an important sector of manufacturing, looking in particular for changes resulting from the process of reform. Using industry census data from a province in North-East China, we find substantial differences in the process between ownership types. By conducting decompositions of aggregate growth and exploring the determinants of firm's exit using a hazard rate model, we observe a substantial rate of churning of enterprises in the sector, finding that the competitive selection processes operate, for small and collectively owned enterprises (COEs), in a manner consistent with what is known about a private market economy. While the hazard for state owned enterprises (SOEs) is lower than for COEs, we find that the reforms introduced in 1992 were important in closing the gap for similarly situated firms. © 2012 Elsevier B.V.