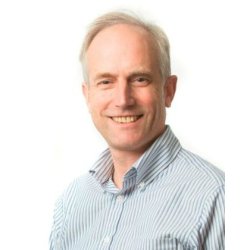 Peter McDonald joined the Department of Physics in 1985 and was promoted to Professor in 2000. He was the inaugural Director of GRADnet, the collaborative physics graduate school of SEPnet, the South East Physics network (www.sepnet.ac.uk). He is a former Head of Physics at Surrey and was the inaugural Director of the Surrey Materials Institute. He was awarded The Royal Society Brian Mercer Senior Award for Innovation in 2003. He is a past chair of BRSG: The Magnetic Resonance Group of the IoP and of The Magnetic Resonance in Porous Media Division within the Groupement Ampere. He has completed three periods of sabbatical leave: in the Laboratory of Construction Materials, Ecole Polytechnique Federale de Lausanne, Switzerland supported by Nanocem (2011); as a Humboldt Fellow in the Department of Physics, University of Ulm, (1998); and a Department of Trade and Industry sponsored secondment to Unilever Research Port Sunlight Laboratory (1994).

Peter McDonald's research interests focus on the development, application and theory of nuclear magnetic resonance relaxation analysis and broad line imaging techniques to the study of liquids in porous media. Since 1985, he and his research students have developed a variety of solid state imaging techniques which complement the liquid state methods now widely used for medical imaging. In recent years his interests have tended towards applications to structural materials including water transport and dynamics in cement based systems and in wood, to solvent ingress into polymers for engineering and biomedical applications and on to coatings systems. He coordinates a range of low-field, permanent bench-top and portable magnetic resonance analyzers at the University of Surrey including “GARfield”, “Surface GARfield” and “Tree Hugger” and is known for work developing stray and fringe field imaging methods. These facilities are used in collaboration with a large group of academic and industrial researchers. Peter McDonald's current research collaborators include HeidelbergCement Technology Centre (Germany), Lafarge Centre de Recherche, (France), Ecole Polytechnique Federale de Lausanne (Professor Karen Scrivener, Laboratory of Construction Materials) and others members of the Nanocem Consortium (www.nanocem.org), Forest Research, Dstl and the National Physical Laboratory amongst others.

Peter McDonald has long had special interest in teaching practical physics: indeed details of some experiments that he has developed have been published by the Institute of Physics in their journal “Physics Education”. His largest contributions have been to undergraduate laboratory classes at HFEQ Level 4 (i.e. BSc / Mphys year 1) as part of the “Oscillations and Waves” and “Scientific Investigation Skills” modules. He also enjoys supervising final year projects that genuinely have opportunity to create new knowledge. In summer 2015, he supervised two projects: the student taking one received the departmental undergraduate project prize and both led to papers published in peer reviewed journals with the student as co-author.

His research interest in magnetic resonance translates to teaching of the core of electromagnetism in the HFEQ Level 5 module “Electromagnetic Waves”. Electromagnetism was one of the great achievements of classical physics that today underpins very many technologies impacting everyday life. He uses a number of teaching approaches to get across both the simplicity and beauty of some of the ideas as well as the complexity of the descriptive mathematics.

That same research is also relevant to his teaching of magnetic resonance (MRI - as used in clinical imaging) at M-Level. Again concept and application is as important as the mathematics. Many students will have experienced his way of getting across concepts of pulse sequence in MRI: students stand in class and rotate their arms and legs to emulate the behaviour of magnetic field and magnetisation vectors.

In previous years, he has taught the lecture material of “Oscillations and Waves” where he introduced a series of lecture demonstrations; “Mathematical Methods” and “Introductory Electronics” that is now incorporated into other modules.

This study aimed to define the variability in the microstructure of Norway spruce within an annual ring by examining differences between earlywood and latewood. In particular we were interested in obtaining new information on bordered pit occurrence and locations relative to tracheid ends, plus the lumina dimensions and longitudinal overlap of tracheids that collectively define the longitudinal hydraulic pathways. A stacked series of X-ray micro-CT scans of an annual ring of Norway spruce were made and stitched together longitudinally to form a three-dimensional volume. The imaging resolution was carefully chosen to capture both longitudinal and transverse anatomical details. Measurements of tracheid length; overlap; radial lumen diameter and bordered pit location were made semi-automatically using image analysis. The distribution of radial lumen diameter was used to define earlywood and latewood. Then bordered pit linear density and spatial distribution, tracheid length and overlap were analysed, presented and contrasted for earlywood and latewood. Further differences between earlywood and latewood were found only in bordered pit linear density.

Clear trends in radial lumen diameter and pit linear density were observed with radial position within the growth ring. These results provide new information on the variability of the Norway spruce microstructure within an annual ring.