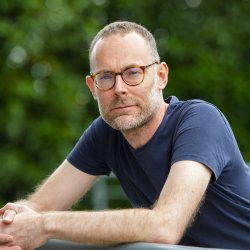 I am a computational physicist working in the fields of soft matter physics and biological physics. I am a member, and current head, of the Department's Soft Matter group. The modules I teach range from maths for physicists to biological physics, and I am currently responsible for most of the teaching of numerical physics in the second year (FHEQ5).

Please see my homepage for details of my research, my teaching material is on the University's VLE. If you want to know what I am thinking about, you can see my blog: Chance & Necessity. My list of publications is available on my Google Scholar profile. 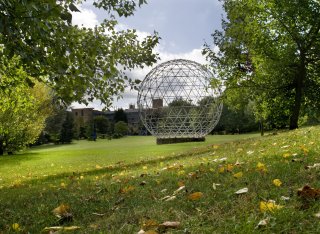 These are quite broad. I am a computational/theoretical physicist/physical chemist by training. My soft matter research includes crystallisation, and "paint drying", i.e., the dynamics during the drying of thin liquid films containing particles and polymers. My biological physics research is on diffusion and transport inside cells and on liquid/liquid phase separation inside cells. As of 2020, I have also been doing some work on understanding on how masks/face coverings work.

See my homepage for further details of my research. My list of publications is available on my Google Scholar profile.

The modules I teach range from maths for physicists (PDE part of an FHEQ5 module) to biological physics (Soft Matter and Biological Physics FHEQ 6 module), and I am currently responsible for most of the teaching of numerical physics in the second year (FHEQ5 - part of Energy, Entropy and Numerical Physics and Introduction to Astronomy modules).

Activated processes such as protein unfolding are highly sensitive to heterogeneity in the environment. We study a highly simplified model of a protein in a random heterogeneous environment, a model of the in vivo environment. It is found that if the heterogeneity is sufficiently large, the total rate of the process is essentially a random variable; this may be the cause of the species-to-species variability in the rate of prion protein conversion found by Deleault et al.

RP Sear, I Pagonabarraga, A Flaus (2015)Life at the mesoscale: the self-organised cytoplasm and nucleoplasm, In: BMC BIOPHYSICS8ARTN 4pp. ?-? BIOMED CENTRAL LTD
DOI: 10.1186/s13628-015-0018-6
JP Mithen, RP Sear (2014)Epitaxial nucleation of a crystal on a crystalline surface, In: EPL105(1)
DOI: 10.1209/0295-5075/105/18004
We consider the nucleation of a crystal phase, on a crystalline surface of a different substance. Sixty years ago, Turnbull and Vonnegut predicted that a crystalline surface is best at inducing nucleation of another crystal when there is a perfect epitaxial match between the two bulk lattices. We use computer simulation to show that this is not quite right. In fact, the crystal lattice of a finite nucleus is strained from that in the bulk, and nucleation is fastest when the surface matches this strained lattice. We also find that the approach of Hillier and Ward predicts when nucleation is epitaxial. © Copyright EPLA, 2014.
I Jurewicz, AAK King, P Worajittiphon, P Asanithi, EW Brunner, RP Sear, TJC Hosea, JL Keddie, AB Dalton (2010)Colloid-Assisted Self-Assembly of Robust, Three-Dimensional Networks of Carbon Nanotubes over Large Areas, In: MACROMOLECULAR RAPID COMMUNICATIONS31(7)pp. 609-615 WILEY-V C H VERLAG GMBH
DOI: 10.1002/marc.200900799
RP Sear (1999)Adsorption of polydisperse polymer chains, In: Journal of Chemical Physics111(5)pp. 2255-2258 AIP
DOI: 10.1063/1.479496
The adsorption of polydisperse ideal polymer chains is shown to be sensitive to the large N tail of the distribution of chains. If and only if the number of chains decays more slowly than exponentially then there is an adsorption transition like that of monodisperse infinite chains. If the number decays exponentially the adsorption density diverges continuously at a temperature which is a function of the mean chain length. At low coverages, chains with repulsive monomer--monomer interactions show the same qualitative behaviour
RP Sear (2004)A statistical theory of nucleation in the presence of uncharacterised impurities, In: Physical Review E v70, 021605 (2004)
DOI: 10.1103/PhysRevE.70.021605

First order phase transitions proceed via nucleation. The rate of nucleation varies exponentially with the free-energy barrier to nucleation, and so is highly sensitive to variations in this barrier. In practice, very few systems are absolutely pure, there are typically some impurities present which are rather poorly characterized. These interact with the nucleus, causing the barrier to vary, and so must be taken into account. Here the impurity-nucleus interactions are modelled by random variables. The rate then has the same form as the partition function of Derrida's random energy model, and as in this model there is a regime in which the behavior is non-self-averaging. Non-self-averaging nucleation is nucleation with a rate that varies significantly from one realization of the random variables to another. In experiment this corresponds to variation in the nucleation rate from one sample to another. General analytic expressions are obtained for the crossover from a self-averaging to a non-self-averaging rate of nucleation.

RP Sear, JA Cuesta (2000)What do emulsification failure and Bose-Einstein condensation have in common?, In: Europhys. Lett.55pp. 451-?
DOI: 10.1209/epl/i2001-00436-6
Ideal bosons and classical ring polymers formed via self-assembly, are known to have the same partition function, and so analogous phase transitions. In ring polymers, the analogue of Bose-Einstein condensation occurs when a ring polymer of macroscopic size appears. We show that a transition of the same general form occurs within a whole class of systems with self-assembly, and illustrate it with the emulsification failure of a microemulsion phase of water, oil and surfactant. As with Bose-Einstein condensation, the transition occurs even in the absence of interactions.
E Karakosta, PM Jenneson, RP Sear, PJ McDonald (2006)Observations of coarsening of air voids in a polymer-highly-soluble crystalline matrix during dissolution, In: PHYSICAL REVIEW E74(1)ARTN 0pp. ?-? AMERICAN PHYSICAL SOC
DOI: 10.1103/PhysRevE.74.011504
RP Sear (2001)Nucleation of the crystalline phase of proteins in the presence of semidilute non-adsorbing polymer, In: Journal of Chemical Physics
DOI: 10.1063/1.1376163
Starting from a protein solution which is metastable with respect to the crystalline phase, the effect of adding semidilute non-adsorbing polymer is considered. It is found to increase the chemical potential of the protein by a few tenths of kT, which may be enough to lower the barrier to nucleation of the crystalline phase by enough to allow crystallisation. It is also shown that assuming that the polymer induces a pairwise additive attraction leads to qualitatively incorrect results.
RP Sear (2003)Solution stability, neutral evolution and variability in a simple model of globular proteins, In: Journal of Chemical Physics
DOI: 10.1063/1.1631918

It is well known among molecular biologists that proteins with a common ancestor and that perform the same function in similar organisms, can have rather different amino-acid sequences. Mutations have altered the amino-acid sequences without affecting the function. A simple model of a protein in which the interactions are encoded by sequences of bits is introduced, and used to study how mutations can change these bits, and hence the interactions, while maintaining the stability of the protein solution. This stability is a simple minimal requirement on our model proteins which mimics part of the requirement on a real protein to be functional. The properties of our model protein, such as its second virial coefficient, are found to vary significantly from one model protein to another. It is suggested that this may also be the case for real proteins in vivo.