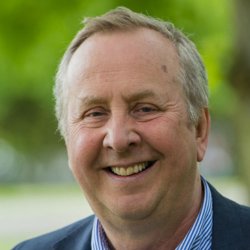 Rob graduated from Kingston Polytechnic (BA (Hons) Econ) in 1974, and he received a master's degree in Financial Economics in 1975 from the University of Wales (Bangor). From 1975 to 1978 he worked as an economic analyst in the City before receiving his master's degree in Economics in 1980 from the University of Essex. He taught at the City of London Polytechnic (1982 to 1989) and as a lecturer in Economics at the University of St Andrews from 1989 to 1992. In 1991, he completed his PhD in Economics at the University of Essex. He moved to Surrey in 1992, and was Visiting Professor at Florida International University, Miami in 1997. He became Professor of Economics in 2010 (serving as Head of School between 2008-2013). He also has served as a consultant to the US Department of Health and Human Services, the Home Office and the Department for Business Energy and Industrial Strategy. Rob is currently a Research Associate at the Centre for Economic Performance at the London School of Economics and Political Science.

Rob's research focuses mainly on the economics of crime and sports economics, and he has published in a variety of academic journals, including the American Economic Review and the Journal of the European Economic Association.

Areas of research interest include: