Details can be found on my personal web page. 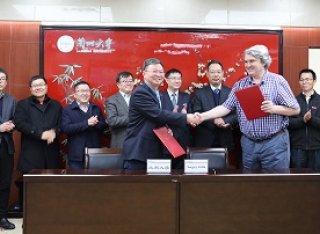 Despite many efforts in this direction, the IMs in the case when the spectral gap conditions are violated remain a mystery especially in the case of parabolic PDEs. On the one hand, there is a number of interesting classes of such equations where the existence of IMs is established without the validity of the spectral gap conditions and, on the other hand there were no examples of dissipative parabolic PDEs where the non-existence of an IM is rigorously proved.

The main aim of this thesis is to bring some light on this mystery by the comprehensive study of three model examples of parabolic PDEs where the spectral gap conditions are not satisfied, namely, 1D reaction-diffusion-advection (RDA) systems (see Chapter 3), the 3D Cahn-Hilliard equation on a torus (see Chapter 4) and the modified 3D Navier-Stokes equations (see Chapter 5). For all these examples the existence or non-existence of IM was an open problem.