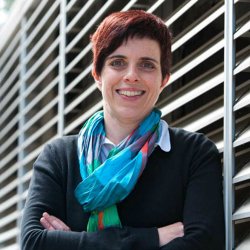 Silvia Pani was born and brought up in Udine, Italy.

She obtained her "laurea" degree in 1996 and her PhD in 2001 from the University of Trieste. From 2000 to 2004 she worked there as a post-doctoral research assistant on the development of the first synchrotron beamline for “in vivo” mammography. During the same period she worked as a support scientist to external synchrotron users.

In 2004 she was awarded a two-year Marie Curie Intra-European Fellowship, based at University College London, to work on breast imaging using X-ray diffraction CT.From Autumn 2006 to Summer 2007 she worked at UCL on imaging projects funded by the European Union and by a private company.

In 2007 she moved to Queen Mary, University of London/Barts and The London NHS Trust, where she worked on a Home Office funded project for drug detection using X-ray diffraction.

In 2008 she joined the Physics Department at Surrey as a Lecturer. She was promoted to Senior Lecturer in April 2017. 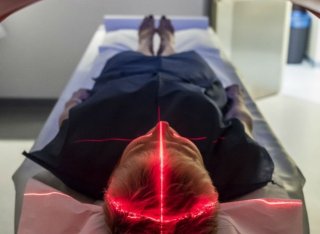 To define a method and investigate how the adjustment of scan parameters affected the image quality and Hounsfield units (HUs) on a CT scanner used for radiotherapy treatment planning. A lack of similar investigations in the literature may be a contributing factor in the apparent reluctance to optimise radiotherapy CT protocols.

Thirimanne Hashini, Jayawardena K, Parnell A, Bandara R, Karalasingam A, Pani Silvia, Huerdler J, Lidzey D, Tedde S, Nisbet Andrew, Mills Chris, Silva Ravi (2018) High sensitivity organic inorganic hybrid X ray detectors with direct transduction and broadband response,Nature Communications92926 Nature Publishing Group
DOI: 10.1038/s41467-018-05301-6
X-ray detectors are critical to healthcare diagnostics, cancer therapy and homeland security, with many potential uses limited by system cost and/or detector dimensions. Current X-ray detector sensitivities are limited by the bulk X-ray attenuation of the materials and consequently necessitate thick crystals (~ 1 mm ? 1 cm), resulting in rigid structure, high operational voltages and high cost. Here we present a disruptive, flexible, low cost, broad-band, and high sensitivity direct X-ray transduction technology produced by embedding high atomic number bismuth oxide nanoparticles in an organic bulk heterojunction. These hybrid detectors demonstrate sensitivities of 1712 µC mGy-1 cm-3 for ?soft? X-rays and ~30 and 58 µC mGy-1 cm-3 under 6 and 15 MV ?hard? X-rays generated from a medical linear accelerator; strongly competing with the current solid state detectors, all achieved at low bias voltages (-10 V) and low power, enabling detector operation powered by coin cell batteries.
Alumuku Liambee (2019) Optimization of CT images for breast cancer screening using spectral imaging.,
DOI: 10.15126/thesis.00851849
About 1.7 million new cases of breast cancer were estimated by the World Health Organization (WHO) in 2012, accounting for 23 percent of all female cancers. In the UK 33 percent of women aged 50 and above were diagnosed in the same year, thus positioning the UK as the 6th highest in breast cancer amongst the European countries. The national Screening programme in the UK has been focused on the procedure of early detection and to improve prognosis by timely intervention to extend the life span of patients. To this end, the National Health Service Breast Screening Programme (NHSBSP) employs 2-D planar mammography because it is considered to be the gold standard technique for early breast cancer detection worldwide. Breast tomosynthesis has shown great promise as an alternative method for removing the intrinsic overlying clutter seen in conventional 2D imaging. However, preliminary work in breast CT has provided a number of compelling aspects that motivates the work featured in this thesis. These advantages include removal of the need to mechanically compress the breast which is a source of screening non-attendances, and that it provides unique cross sectional images that removes almost all the overlying clutter seen in 2D. This renders lesions more visible and hence aids in early detection of malignancy. However work in Breast CT to date has been focused on using scaled down versions of standard clinical CT systems. By contrast, this thesis proposes using a photon counting approach. The work of this thesis focuses on investigating photoncounting detector technology and comparing it to conventional CT in terms of contrast visualization. Results presented from simulation work developed in this thesis has demonstrated the ability of photoncounting detector technology to utilize data in polychromatic beam where contrast are seen to decrease with increasing photon energy and compared to the conventional CT approach which is the standard clinical CT system.
Smith Christopher, Mills Christopher A., Pani Silvia, Rhodes Rhys, Bailey Josh J., Cooper Samuel J., Pathan Tanveerkhan S., Stolojan Vlad, Brett Daniel J. L., Shearing Paul R., Silva S. Ravi P. (2019) X-ray micro-computed tomography as a non-destructive tool for imaging the uptake of metal nanoparticles by graphene-based 3D carbon structures,Nanoscale11pp. 14734-14741 Royal Society of Chemistry
DOI: 10.1039/C9NR03056E
Graphene-based carbon sponges can be used in different applications in a large number of fields including microelectronics, energy harvesting and storage, antimicrobial activity and environmental remediation. The functionality and scope of their applications can be broadened considerably by the introduction of metallic nanoparticles into the carbon matrix during preparation or post-synthesis. Here, we report on the use of X-ray micro-computed tomography (CT) as a method of imaging graphene sponges after the uptake of metal (silver and iron) nanoparticles. The technique can be used to visualize the inner structure of the graphene sponge in 3D in a non-destructive fashion by providing information on the nanoparticles deposited on the sponge surfaces, both internal and external. Other deposited materials can be imaged in a similar manner providing they return a high enough contrast to the carbon microstructure, which is facilitated by the low atomic mass of carbon.