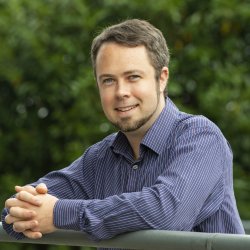 Dr Simon G King currently works as a Research Fellow at the Advanced Technology Institute (ATI) as part of the Nano-Electronics Centre (NEC). He is also an active member of the Institute of Physics.

Dr King is an alumnus of the University of Surrey (BSc Physics - 2010), and continued at Surrey to complete his doctorate (2014 - "Novel Electrospinning Techniques with Nano-materials").

After a brief period working is the financial sector, Dr King returned to Surrey as a Research Fellow within the University of Surrey's Electrical and Electronic Engineering department, in Prof Ravi Silva's Nano-Electronics Centre.

MInstP
Member of the Institute of Physics 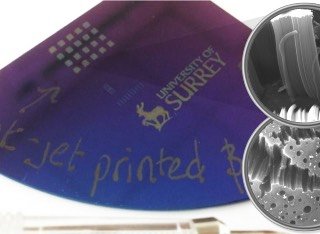 Manufacturing Lightweight Carbon Nanotube Electrical Cables
CNTs have already demonstrated to exhibit electrical properties that exceed that of copper, yet remaining up to 10x lighter. However, with the current inability to grow CNTs to any required length they must be manipulated and processed before they can be utilised. This project uses electrospinning to develop a manufacturing solution to produce and process the CNT wires. this includes managing and healing any structural defects within a CNT network, effectively 'welding' them together. This welding will effectively eliminate the tube-to-tube resistances currently faced in CNT electrical devices and allow for large-scale application.