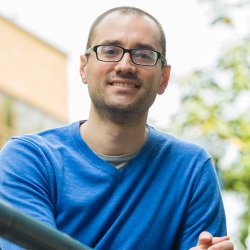 Umberto received his undergraduate degree in Economics and Finance from Bocconi University in 2005 and his PhD in Managerial Economics and Strategy from the Kellogg School of Management in 2011. He joined the University of Surrey as a full-time lecturer in August 2015.

Garfagnini U, Ottaviani M, Sørensen P (2014) Accept or reject? An organizational perspective, International Journal of Industrial Organization 34 pp. 66-74
DOI: 10.1016/j.ijindorg.2014.03.004
This paper compares the relative performance of different organizational structures for the decision of accepting or rejecting a project of uncertain quality. When the principal is uninformed and relies on the advice of an informed and biased agent, cheap-talk communication is persuasive and it is equivalent to delegation of authority, provided that the agent's bias is small. When the principal has access to additional private information, cheap-talk communication dominates both (conditional) delegation and more democratic organizational arrangements such as voting with unanimous consensus.
Garfagnini U, Strulovici B (2016) Social Experimentation with Interdependent and Expanding Technologies, Review of Economic Studies pp. 1-35 Oxford Journals
DOI: 10.1093/restud/rdw008
How do successive, forward-looking agents experiment with interdependent and endogenous technologies? In this article, trying a radically new technology not only is informative of the value of similar technologies, but also reduces the cost of experimenting with them, in effect expanding the space of affordable technologies. Successful radical experimentation has mixed effects: it improves the immediate
outlook for further experimentation but decreases the value and the marginal value of experimentation in a longer term, resulting in less ambitious ?incremental? experimentation and in a reduced size of radical
experimentation. Incremental experimentation lowers the option value of similar technologies, which may spur a new wave of radical experimentation. However, experimentation eventually stagnates for all
parameters of the model.
Evdokimov P, Garfagnini U (2017) Third-party Manipulation of Conflict: An Experiment, Experimental Economics 21 (1) pp. 27-49 Springer Verlag
DOI: 10.1007/s10683-017-9523-6
We design a laboratory experiment in which an interested third party endowed with private information sends a public message to two con icting players, who then make their choices. We nd that third-party communication is not strategic. Nevertheless, a hawkish message by a third party makes hawkish behavior more likely while a dovish message makes it less likely. Moreover, how subjects respond to the message is largely una ected by the third party's incentives. We argue that our results are consistent with a focal point interpretation in the spirit of Schelling.
Evdokimov Piotr, Garfagnini Umberto (2018) Communication and Behavior in Organizations: An Experiment, Quantitative Economics Econometric Society
We design a laboratory experiment to study behavior in a multidivisional organization.
The organization faces a trade-off between coordinating its decisions across
the divisions and meeting division-specific needs that are known only to the division
managers, who can communicate their private information through cheap talk. While
the results show close to optimal communication, we also find systematic deviations
from optimal behavior in how the communicated information is used. Specifically,
subjects? decisions show worse than predicted adaptation to the needs of the divisions
in decentralized organizations and worse than predicted coordination in centralized
organizations. We show that the observed deviations disappear when uncertainty
about the divisions? local needs is removed and discuss the possible underlying mechanisms.