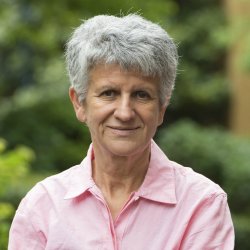 Her work has been published on Journal of Econometrics, Econometric Theory, Journal of the American Statistical Association, Review of Economic Studies, International Economic Review and Journal of Monetary Economics.

The first chapter, investigates the forecast ability of Random Forest, Functional Non-parametric and Dynamic Nelson-siegel models. Results of this study indicate the superiority of the Random Forest model in forecasting short end of the yield curve, and Dynamic Nelson-Siegel model in predicting yields of bonds with long term to maturity. In line with the literature, results recommend the employment of external source of information such as macroeconomic variables.

The second chapter examines the relative ability of Generalized Autoregressive Conditional Heteroskedastic (GARCH) models in volatility prediction. The existing literature produce conflicting results regarding this topic, which is mainly attributed to the choice of loss functions in forecast evaluation in this field. This chapter exploits the recent Robust Forecast Comparison (RFC) test of Jin et al. (2017) to evaluate the out-of-sample forecast performance of 11 GARCH type models. The advantage of using the test of Jin et al. (2017) is that no predetermined form of loss function is required. This study concludes that, on average, all competing models over-predict the volatility, and that the simple GARCH model is outperformed in predicting the volatility.