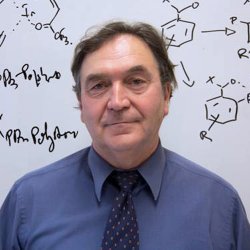 Bill Lockley obtained his PhD in 1972 with Professor Basil Weedon at Queen Mary College (London) on the structural elucidation and synthetic chemistry of antibiotics and biological pigments, before studying the photochemical preparation of nitrenes and nitrogen ylids as a postdoctoral fellow with Professor W Lwowski (New Mexico State University).

Later he worked variously with Professor Trevor Goodwin (terpenoid biosynthesis), Heffyn Rees (steroid biochemistry in insects) and George Britton (carotenoid biosynthesis pathways). During this period he developed a life-long interest in the use of isotopes in solving chemical and biological problems. To exploit this interest in an industrial setting he joined the Drug Metabolism Department of Fisons Pharmaceutical Division in 1977 as head of isotopic synthesis.

He held this position during the transition of the company first to Astra and finally to AstraZeneca. Over these years he also had senior management roles in clinical bioanalysis, toxicokinetics, drug metabolism, physical chemistry and chemical process development. He joined the University of Surrey in 2002 to pursue his research interests in isotopic chemistry having already supervised a series of PhD students from the Radiochemistry group led by Prof John Jones, with whom he had an extensive research collaboration spanning some 25 years. He is currently a visiting professor in the Division of Chemical Sciences where he carries out his own research in addition to supervising related M Chem projects.

Prof. Lockley is a qualified teacher with an interest in teaching scientific research skills. He is a Fellow of the Royal Society of Chemistry, a member of the Advisory Board of the International Isotope Society (IIS) and chair of its UK Scientific Committee. He has spoken at or helped organise the regular triennial IIS International Symposia and has been a joint organiser of the last ten annual UK IIS Symposia. He has wide contacts in the pharmaceutical industry and with academics in the field of isotopes. He spends much of his leisure time in joint educational activities with his wife, Sue Sareen, a well-known artist. 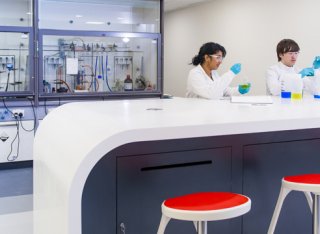 Prof Lockley's current research interest is in the use of catalytic systems for labelling organic compounds with hydrogen isotopes. For this he mostly employs the stable (non-radioactive) isotope deuterium. This hydrogen isotope can be handled without special precautions and has important uses in mass spectrometry. It can also act as a model for the industrially important reactions of its radioactive partner, tritium.