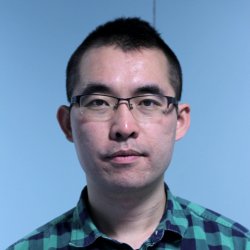 Zhu Xinyao, Xu Wei (2017) The effect of bottom boundary condition type on the behavior of adhesive contact of spherical probe on an elastic film,Journal of Physics D: Applied Physics50(46)465305 Institute of Physics
DOI: 10.1088/1361-6463/aa8f87
This study presents an investigation on the behavior of adhesive contact between a rigid sphere and an elastic film which is either perfectly bonded (Case I) or in frictionless contact (Case II) with a rigid substrate. By using linear fracture mechanics, we formulate an convenient semi-analytical approach to develop relations between the applied force, penetration depth and contact radius. Finite element analysis (FEA) is used to verify the relationships. Our results reveal that the interfacial boundary conditions between the film and substrate have distinct effects on the adhesive contact behavior between the sphere and the film. The aim of the present study is to provide an instructive inspiration for controlling adhesion strength of the thin film subject to adhesive contact.
Zhu X, Ho ATS, Marziliano P (2006) Image authentication and restoration using irregular sampling for traffic enforcement applications,ICICIC 2006: First International Conference on Innovative Computing, Information and Control, Vol 3, Proceedingspp. 62-65

Traffic image sequences are important information for the purpose of traffic system control and traffic accidents surveillance, for example, the determination of offending vehicles. A semi-fragile watermarking method for the automatic authentication and restoration of traffic images using irregular sampling is described. Watermarks are embedded into the pinned field of the pinned sine transform (PST) of the original image, which reflects local malicious tampering on the texture of the image. When tampered blocks are detected, the restoration problem is formulated as an irregular sampling problem in approximation subspaces. These blocks are then reconstructed, making use of the information embedded in the same watermarked image, through iterative projections onto convex sets in approximation subspaces. The restoration process is a variant of the Papoulis- Gerchberg algorithm, and is robust to common image processing operations such as lossy transcoding and image filtering.

Zhu Xinyao, Xu Wei (2017) Effect of surface tension on the behavior of adhesive contact based on Lennard-Jones potential law,Journal of the Mechanics and Physics of Solids111pp. 170-183 Elsevier
DOI: 10.1016/j.jmps.2017.11.001
The present study explores the effect of surface tension on adhesive contact behavior where the adhesion is interpreted by long-range intermolecular forces. The adhesive contact is analyzed using the equivalent system of a rigid sphere and an elastic half space covered by a membrane with surface tension. The longrange intermolecular forces are modelled with the Lennard-Jones (L-J) potential law. The current adhesive contact issue can be represented by a nonlinear integral equation, which can be solved by Newton-Raphson method. In contrast to previous studies which consider intermolecular forces as short-range, the present study reveals more details of the features of adhesive contact with surface tension, in terms of jump instabilities, pull-off forces, pressure distribution within the contact area, etc. The transition of the pull-off force is not only consistent with previous studies, but also presents some new interesting characteristics in the current situation.
Zhu X, Cirovic S, Shaheen A, Xu W (2017) Investigation of Fullerenol-induced changes in poroelasticity of human hepatocellular carcinoma by AFM-based creep tests,Biomechanics and Modeling in Mechanobiology Springer Berlin Heidelberg
DOI: 10.1007/s10237-017-0984-5
In this study, atomic force microscopy (AFM) is used to investigate the alterations of the poropelastic properties of hepatocellular carcinoma (SMMC-7721) cells treated with fullerenol. The SMMC-7721 cells were subject to AFM-based creep tests and a corresponding poroelastic indentation model was used to determine the poroelastic parameters by curve fitting. Comparative analyses indicated that the both permeability and diffusion of fullerenol-treated cells increased significantly while their elastic modulus decreased by a small amount. From the change trend of the determined parameter, we verified the corresponding alternations of cytoskeleton (mainly filaments actin), which was reported by the previous study using confocal imaging method. Our investigation on SMMC-7721 cell reveals that the porpelastic properties could provide a better understanding how the cancer cells are affected by fullerenol or potentially other drugs which could find possible applications in drug efficacy test, cancer diagnosis and secure therapies.
Zhu Xinyao, Zhai Jian-Hui, Xu Wei (2019) Analysis of surface-loaded problem of nonhomogeneous elastic half-plane with surface tension,Mechanics of Materials129pp. 254-264 Elsevier
DOI: 10.1016/j.mechmat.2018.11.008
Based on the surface elasticity theory, we investigate the effect of surface tension on miniaturized contact problems of an elastic graded half-plane under plane strain and axisymmetric situations. The Fourier sine and cosine transform method is used to derive the solution for the problem under uniform pressure. The results show some interesting features in the distribution of surface elastic fields, which are different from their homogeneous counterparts. The surface Green?s functions of the nonhomogeneous half-plane are finally obtained which are verified using finite element method. The outcome of this study provides us not only as a potential method for precise nanoindentation-based analysis of elastic graded materials, but also as the investigations of surface effect-induced failure in nanomaterials and nano-devices.
Zhu Xinyao, Xu Wei, Qin Yanding (2020) Effect of surface tension on the behavior of adhesive contact based on Maugis?Dugdale model.,European Journal of Mechanics - A/Solids81 Elsevier
DOI: 10.1016/j.euromechsol.2019.103930
This present study reconsiders the effect of surface tension on the behavior of adhesive contact between a rigid sphere and an elastic half-plane, in which the adhesive interactions are supposed to follow the Dugdale laws. The adhesive contact issue is transformed into two inter coupled non-linear integral equations which are governed by two parameters: » (Maugis adhesion parameter) and S (elastocapillary number). By means of iteration method, numeric results are obtained. Analogous to the traditional Maugis-Dugdale (M-D) model, the results provide transition of the pull-off force between JKR and DMT type contact models through the Maugis adhesion parameter » with a fixed parameter S. On the other hand, with a fixed adhesion parameter », we also present the transitions of the pull-off force between four extreme models, named M-D, JKR, Bradley models and Young?Dupre equation, through adjustment of the parameter S. Finally, we find the uniformity and discontinuity of the pressure distribution are affected by the combination of three factors: applied load P, adhesion parameter » and elastocapillary number S.