High Electric Field NanoScience (HEFNS) is a recently introduced name for the science that underlies a large group of related effects that can occur when very high electric fields are applied to liquid or solid surfaces. HEFNS involves: (1) the science of the charged surface itself and of relevant surface processes; the physics of the emission of electrons, ions, charged clusters and charged droplets from charged surfaces; and the physics of the processes that occur in space above the emitting surface. HEFNS should be seen as an alternative scientific focus that involves many of the traditional divisions of physics but concentrates on the effects of high (positive and negative) electric fields.

The general research aims in HEFNS are as follows:

This research proceeds via several linked series of short-projects, often collaborative, each of which aims to generate a publication and/or related conference reports. These short-projects have been grouped under six headings (each of which is entered as a "project"), as follows: 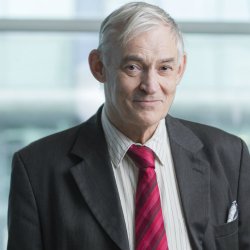 Dr R.G. Forbes has presented several general overviews of research in HEFNS or in its field electron emission component. The most significant presentations in the academic period 2009 to 2011 are: