Metabolomics, or metabonomics, refers to the measurement of metabolites (compounds with a molecular mass < 1000 daltons) in biological materials such as blood, urine, cells.

The 5975C is a single quadrupole mass spectrometer coupled to a 7890A Gas Chromatograph. The mass spectrometer is equipped with an Electron Ionisation (EI) source and has a mass range 2-1050 Da with unit mass resolution. The instrument has the capability of performing Synchronous SIM/Scans, it captures SIM data and full scan data in the same acquisition, with no compromise in analytical performance.

The LCQ Deca XP Plus is a 3D quadrupole ion trap mass spectrometer coupled to a Surveyor HPLC with a Photodiode array detector. The instrument is equipped with Electrospray Ionisation (ESI) and Atmospheric Pressure Chemical Ionisation (APCI) sources and has a mass range of 50 – 4,000 Da. The instrument can perform MS, MS/MS and MSnacquisitions.

Used for metabolite profiling and good for the accurate mass analysis of relatively polar compounds.

The Xevo TQ-S is a tandem quadrupole mass spectrometer coupled to a Waters Acquity binary UPLC and a TUV detector. An optional Acquity H-Class quaternary UPLC is available to be used together with the Acquity binary UPLC to give orthogonal separations (2D-LC). Using a 2D-LC set up has the potential of allowing greater sensitivity and an improved selectivity by allowing orthogonal chromatographic separations.  The mass spectrometer has a multi-mode ionisation probe allowing Electrospray Ionisation (ESI) and Atmospheric Pressure Chemical Ionisation (APCI). The mass range of the instrument is 2-2048 m/z and can be used either in full scan or four different MS/MS modes – precursor ion, product ion, Selected Reaction Monitoring (SRM) or neutral loss mode.

Used for analysing relatively polar low molecular weight compounds. This instrument is particularly good for the analysis of low concentration analytes and for quantitation.

In recent years we have chosen to focus on LC/MS metabolomics in health and disease in both human and animal studies. 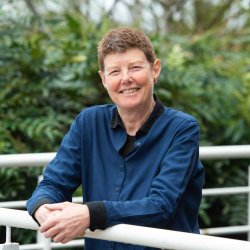