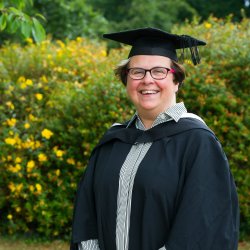 "I chose Surrey because of Reginald Smith Brindle, who was a professor, a composer and a well-known writer about contemporary music across the world."

Odaline graduated from Surrey with a MMus in 1977 and has enjoyed a successful international career as a composer, conductor and producer. Odaline has worked with orchestras across the world, recorded extensively and conducted repertoire from Mozart symphonies to the latest contemporary music. She is the first recipient of the Vice-Chancellor’s Alumni Lifetime Achievement Award.

How did you feel to be named as our first winner of the Lifetime Achievement Award?

I was delighted, honoured, humbled and surprised.

What attracted you to choose to study at music at Surrey?

It was because of Reginald Smith Brindle, who was a professor at Surrey, a composer and a well-known writer about contemporary music across the world. There was no other choice for me – I always say in this regard that Surrey chose me. He was excellent and one of the best teachers I have ever had.

I played piano from a young age but, after we left Cuba for America, subsequently went to Tulane University in New Orleans on a mathematics scholarship. However, I kept taking music classes – I just couldn’t keep away. In the end I took a double major in maths and music. I came to the UK in 1972 to study at the Royal Academy of Music, and am still here. I still find it cold!

How did you musical career progress?

At around the same time as joining Surrey, I founded, with flautist Ingrid Culliford, Lontano, a London-based contemporary music ensemble. I realised that people had very little knowledge of the diversity of contemporary music and I wanted to make the work of women composers, in particular, and Latin American music more widely known. Women composers didn’t really get a look in and I thought here’s my chance to make a difference.

Lontano became successful very quickly and, within a year, we were performing on BBC Radio 3 while still students. I started out as a pianist at Lontano but I always knew I wanted to be a conductor and it has enabled me to have a great career working all over the world.

I am still artistic director at Lontano and, as well as performing all over the world and recording, we are also dedicated to providing valuable music experiences for children and adults in East and South East London. We aim to reach the most deprived and isolated communities, bringing people together through the creation and performance of original music.

Our flagship education programme, Connections, has been running since 2008 with the aim of celebrating Gypsy Roma Traveller music and culture. We work with children across London as well as musicians of Gypsy Roma Traveller heritage in order to encourage community cohesion amongst people of all background.

What are your career highlights?

In 1984, I became the first woman to conduct a complete BBC prom at the Royal Albert Hall. I was surprised and delighted but at the same time sad that it had taken so long – to think that not one woman had been asked before.

I am inspired by the work of Ethel Smyth, the first female composer to receive a Damehood, in 1922.  For years Ethel was remembered more for her work as suffragette than as a composer but she wrote in the brightest, largest scope, which was not common for women. She was a close friend of conductors, composers and soloists of the time and in later life wrote about them when deafness prevent her from composing.

I have recorded a lot of her music and most recently conducted the first modern recording of her comic opera The Boatswain’s Mate.

One of my highlights was receiving the Villa Lobos medal in 1987 from the Brazilian government for championing the music of Heitor Villa Lobos and other Brazilian composers.

I am really looking forward to the premier of my complete ‘Slavery Trilogy’, at the London Festival of American Music in 2018.  To my knowledge, it is the first Afro-Cuban opera on slavery.

I love Afro-Cuban music. It brings back memories of my childhood, falling asleep to the drumming and waking up when it stopped in the middle of the night. It has influenced me greatly.

I have one more opera in me and it will be about Cuba. I want to tell the story of the people who tried to escape to the US in boats and rafts, not always succeeding. I would also like to perform the Slave Trilogy in the country which inspired it.

What advice would you give to students hoping to work in your field?

As a career, music can be very up and down but stick with it. Don’t wait for someone to give you a break, just carry on. 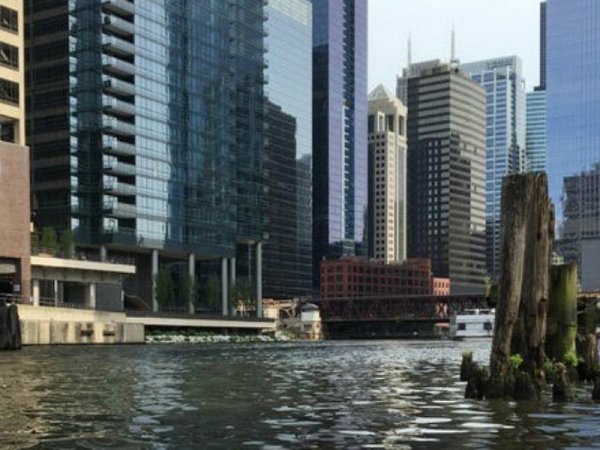 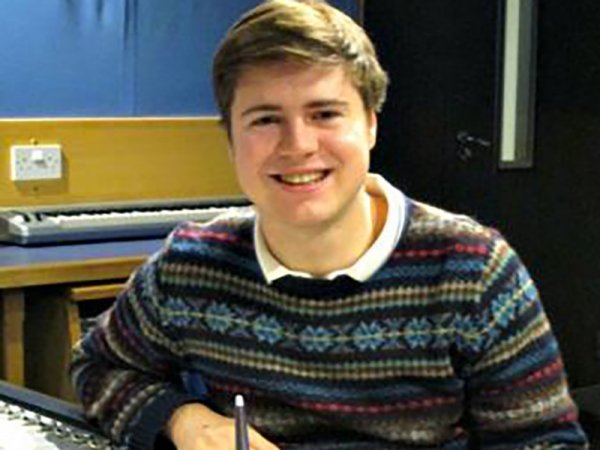