The reduction of ore bearing granular materials to molten state using a blast furnace is an energy and cost intensive task. The obvious correlation between energy usage and the furnace operation is in i) ease of uniform percolation of the packed-bed with interstitial gas flow which speeds up heat and mass transfer and ii) provision of greater surface area per unit bed volume for combustion due to more uniform gas percolation. The burden topography and packing density affects the stability of the burden, permeability of gas flow as well as the efficiency of the heat transfer. Therefore a fundamental understanding on the influence and interaction of coke and ore particles on the burden topography and packing density is essential. In this paper we analyse the effect of particle shape with and without angularity on the charge distribution of the coke and ore inside a bell-less blast furnace using discrete element method (DEM). Computing the DEM on Graphical Processor Units (GPU) allows us to model polyhedral particle shapes with volume overlap contact models, instead of conventional approaches to accommodate shape effects that includes modifying the rolling resistance when modelling with spherical particles.

We experimentally validate our blast furnace charging when modelling with polyhedral particles against a simplified lab-scale charging experiment. Laser scanning allows for particle shapes to be captured as depicted in figure three below, which is essential when considering complex particle shapes.

The experimental setup depicted in figure four shows a top bin feeding through a hopper into a drum with dimensions as indicated. Five slump tests were conducted for each particle shape to assist in the calibration of the cubic stone and corn particles. 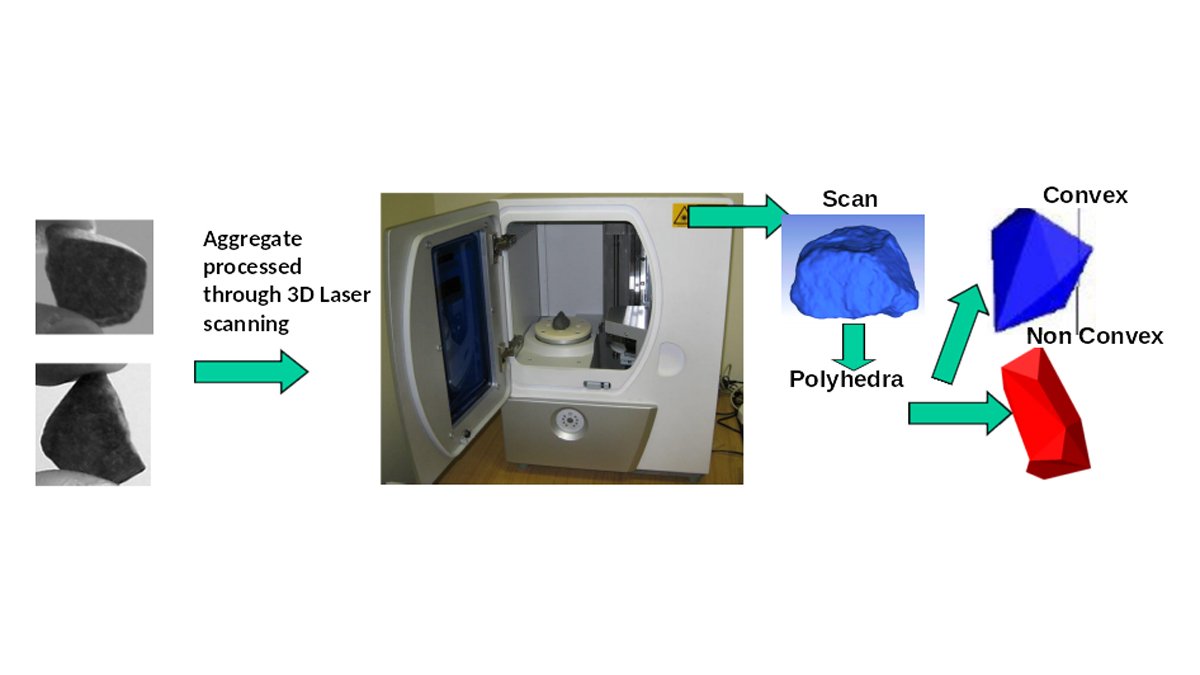 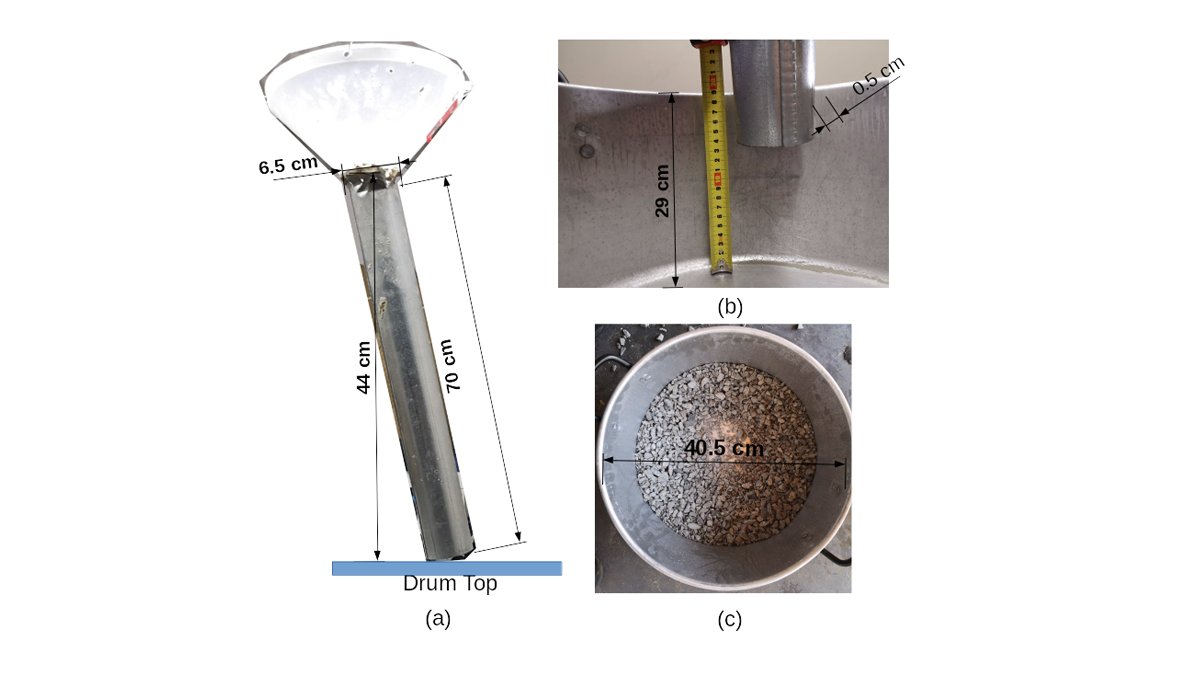 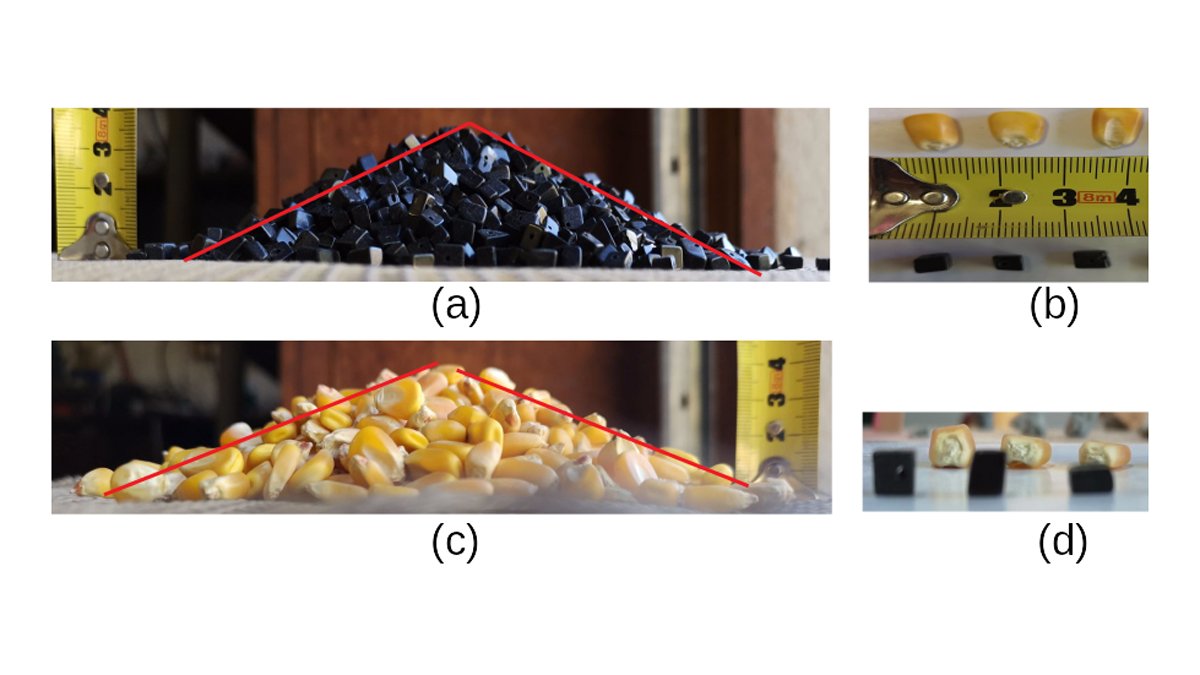 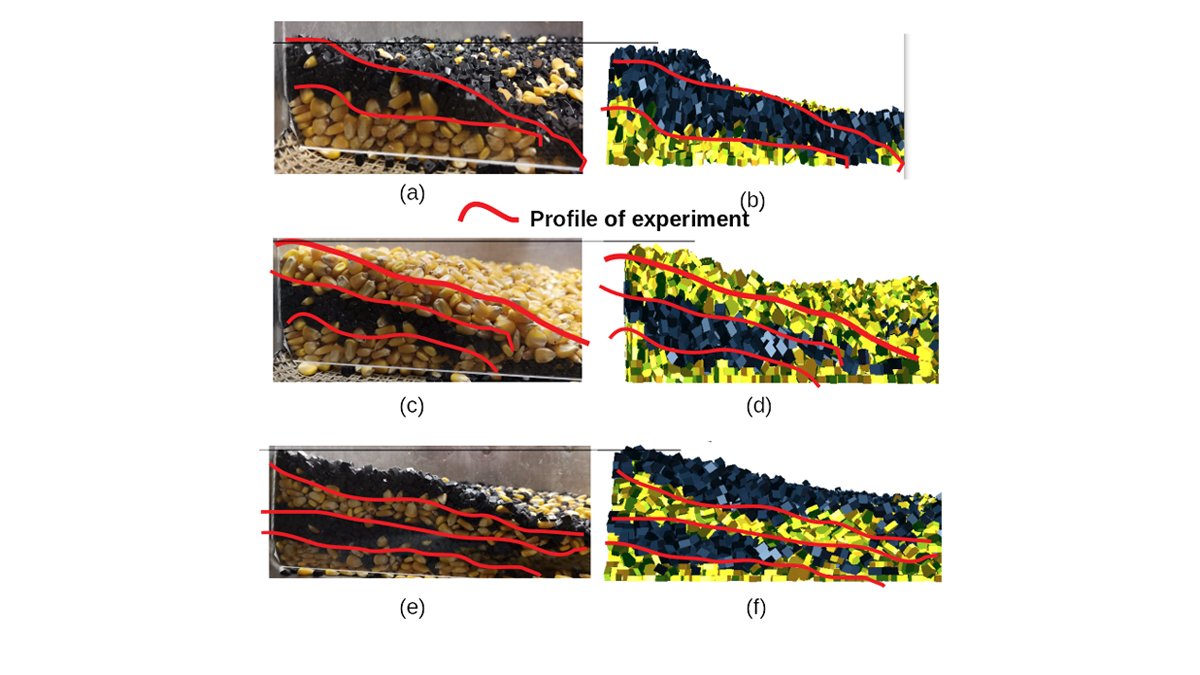 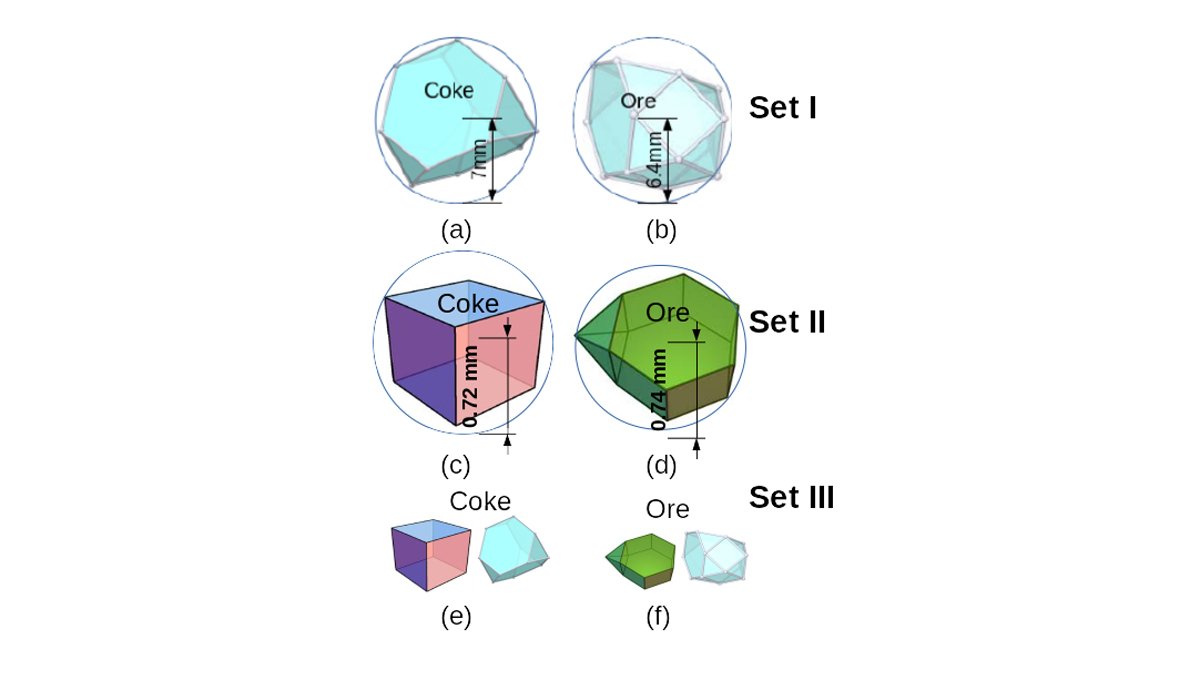 We found that shape polydispersity mainly influenced the topography of the burden, i.e. macroscopic particle transport of particles within the BF, whereas the size polydispersity mainly influenced the inter-layer percolation, i.e. localized particle diffusion. Particle shape therefore has a macroscopic effect on the spatial packing density due to particle transport, whereas size polydispersity influences a more local spatial packing density. We found that spherical particles resulted in a burden topography that had a wave like pattern with a thin coke center. In addition, the iron ore layers tend to be semi-circle shaped slanting downwards towards the center of the BF, with little additional variations in the axial direction.

The burden topography for the polyhedral shaped particle system resulted in more moderate wave like patterns, with one particle set that ended with a definite coke core pushing through the burden surface. The polyhedral ore layers are more crescent shaped due to their sinking into the coke layers result in semi-circle shaped layers, while a central coke push distorts the semi-circle shaped layers into crescent shaped layers. This evidently resulted in a larger concentration of coke at the center and walls in the radial direction, with thin uniformly distributed coke layers along the radial direction away from the wall and middle. 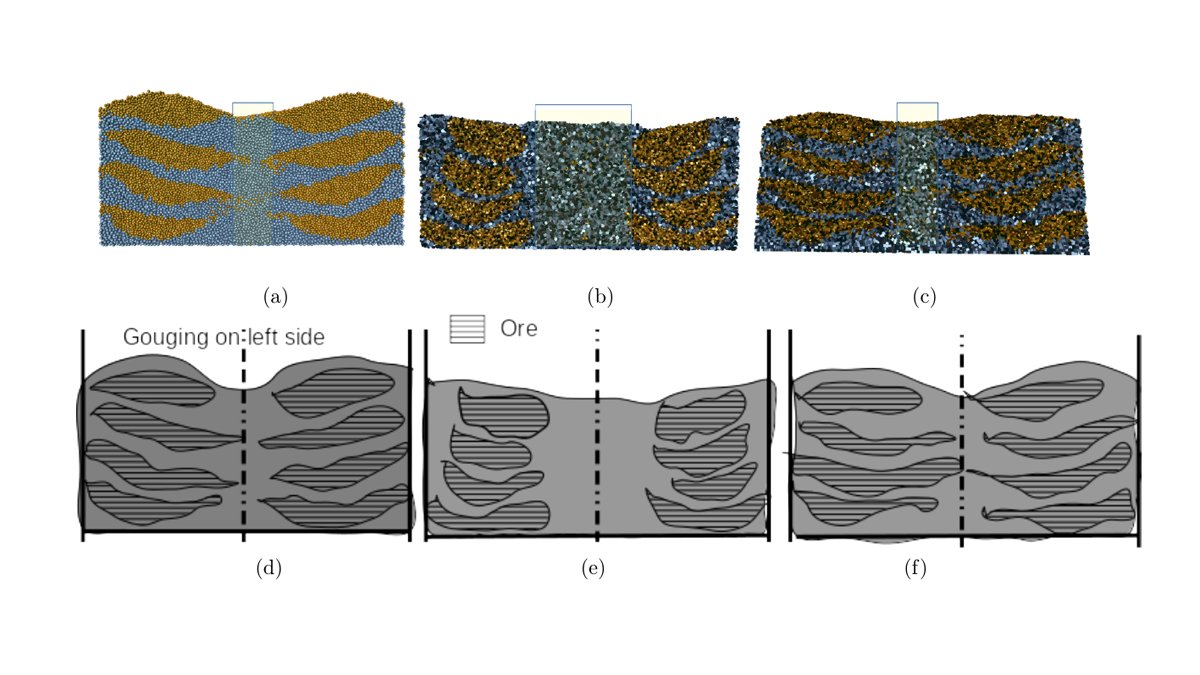 The findings from the first year of this project is that the common approach of modelling spheres with rolling friction to account for the shape may be insufficient to account for particle shape complexity in a blast furnace, which is significant as it seems particle shape has a noteworthy influence on the burden characteristics.