Assessment and management of people with a disorder of consciousness

This presentation describes a number of studies looking at the assessment and treatment of people with Disorders of Consciousness (DOC). 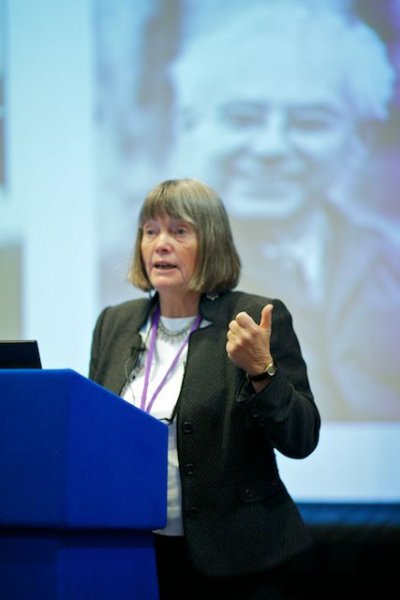 This presentation describes a number of studies looking at the assessment and treatment of people with Disorders of Consciousness (DOC). These include patients in coma, the vegetative state (VS) and the minimally conscious state (MCS). It is important to distinguish between these latter two states as referral decisions may well be different for the two groups.

A new version of a measure to assess patients with DOC is described. The effects of posture on awareness is then considered. Provided medical conditions do not contra-indicate this, assessments should be carried out in an upright position as the majority of patients with DOC show more behaviors when assessed on a tilt table or standing frame.

The third study looks at the effect of modafinil, an agent that maintains wakefulness and promotes attention and concentration, on levels of consciousness. Those with a traumatic brain injury (TBI) would appear to respond more to this than those whose DOC is caused by hypoxia.  The fourth study, compares the delayed recovery of two groups of patients, those with a TBI and those with hypoxic brain damage.

Not surprisingly, those who showed delayed recovery of consciousness were far more likely to have sustained a TBI than hypoxic brain damage. The paper concludes with a case study of a man who had a DOC for 19 months, before regaining consciousness and proceeding to regain skills so that he is now leading a reasonable normal life.

Professor Barbara A. Wilson is a clinical neuropsychologist who has worked in brain injury rehabilitation for 35 years. She has won many awards for her work including an OBE for services to rehabilitation in 1998 and two lifetime achievement awards, one from the British Psychological Society and one from the International Neuropsychological Society.

A rehabilitation centre in Quito, Ecuador is named after her. She is currently president of the Encephalitis Society and on the management committee of The World Federation of Neuro Rehabilitation. The Division of Neuropsychology has named a prize after her, the Barbara A Wilson prize for distinguished contributions to neuropsychology. She is a Fellow of The British Psychological Society, The Academy of Medical Sciences and The Academy of Social Sciences.