Join us on Zoom 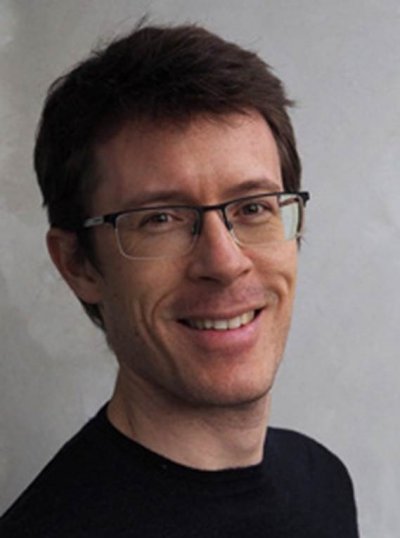 Adrien Bousseau is a researcher at Inria Sophia-Antipolis in the GraphDeco research group. He did his Ph.D. at Inria Rhône-Alpes and his postdoc at UC Berkeley. He also did several internships at Adobe Research. Adrien does research on image creation and manipulation, with a focus on drawings and photographs. Most notably he worked on image stylization, image editing and relighting, vector graphics, and sketch-based modeling.

He received one of the three Eurographics 2011 PhD award for his research on expressive image manipulations, and a young researcher award from the French National Research Agency (ANR) for his work on computer-assisted drawing. He received an ERC Starting Grant to work on drawing interpretation for 3D design.

Designers draw extensively to externalize their ideas and communicate with others. However, drawings are currently not directly interpretable by computers. To test their ideas against physical reality, designers have to create 3D models suitable for simulation and 3D printing. However, the visceral and approximate nature of drawing clashes with the tediousness and rigidity of 3D modeling. As a result, designers only model finalized concepts, and have no feedback on feasibility during creative exploration.

The long term goal of our group is to bring the power of 3D engineering tools to the creative phase of design by automatically estimating 3D models from drawings. However, this problem is ill-posed: a point in the drawing can lie anywhere in depth. Our originality is to exploit professional drawing techniques that designers developed to communicate shape most efficiently. Each technique provides geometric constraints that help viewers understand drawings, and that we shall leverage for 3D reconstruction.

In this talk, I will present a general mathematical formulation of geometry-based line drawing reconstruction, and I will illustrate this formulation with two drawing techniques frequently employed by designers -- cross-sections, and scaffolds. In both cases, a key challenge resides in identifying where the geometric constraints provided by these techniques should apply, before solving for the 3D reconstruction that best satisfies these constraints. The resulting optimization problem combines both binary and continuous variables, for which we propose dedicated solvers that exploit ordering in the way designers construct their drawings.

You can join the seminar via Zoom.