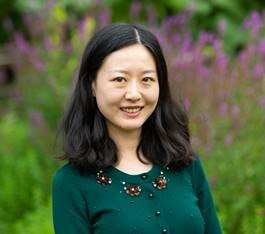 Since the adaptation of medical imaging as a standard clinical diagnostic tool, an ever-growing number of images has been taken. Radiomics took the big-data approach to extract quantitative features from medical images invisible to the naked eye to support clinical decision making, known as biomarkers. Over 440 radiomics features are available including size and shape based features, features derived from intensity histogram and texture features that describes the relationship between voxels. To date, there are no widely accepted biomarkers like TNM staging in oncology due to concerns on the robustness of features.

This thesis presents a detailed robustness study of 43 commonly used radiomics mainly 3-dimensional texture features extracted from the CT part of PET/CT images of patients diagnosed with non-small cell lung cancer (NSCLC) in two aspects: repeatability and reproducibility. Repeatability of features were studied using an open source dataset with 31 sets of repeat scans taken 15 minutes apart on quantisation parameters including quantisation method; levels of quantisation and the use of an intensity threshold. Reproducibility of features were studied using a locally acquired dataset of 50 scans on acquisition parameters including scanner model/make and the embedded reconstruction method; variation in tumour delineation and the afore mentioned quantisation parameters. The robust features were validated using the two independent dataset before highly correlated features were identified to reduce type one error caused by over-fitting. The robust texture features were applied to clinical applications from patient stratification to tumour delineation.

This is a free online event open to everyone. You can attend via Zoom.