Getting hands-on experience of space

Surrey is the only university in the UK where students can build, test and fly satellites – and then monitor them as they orbit the Earth from our state-of-the-art Ground Station! 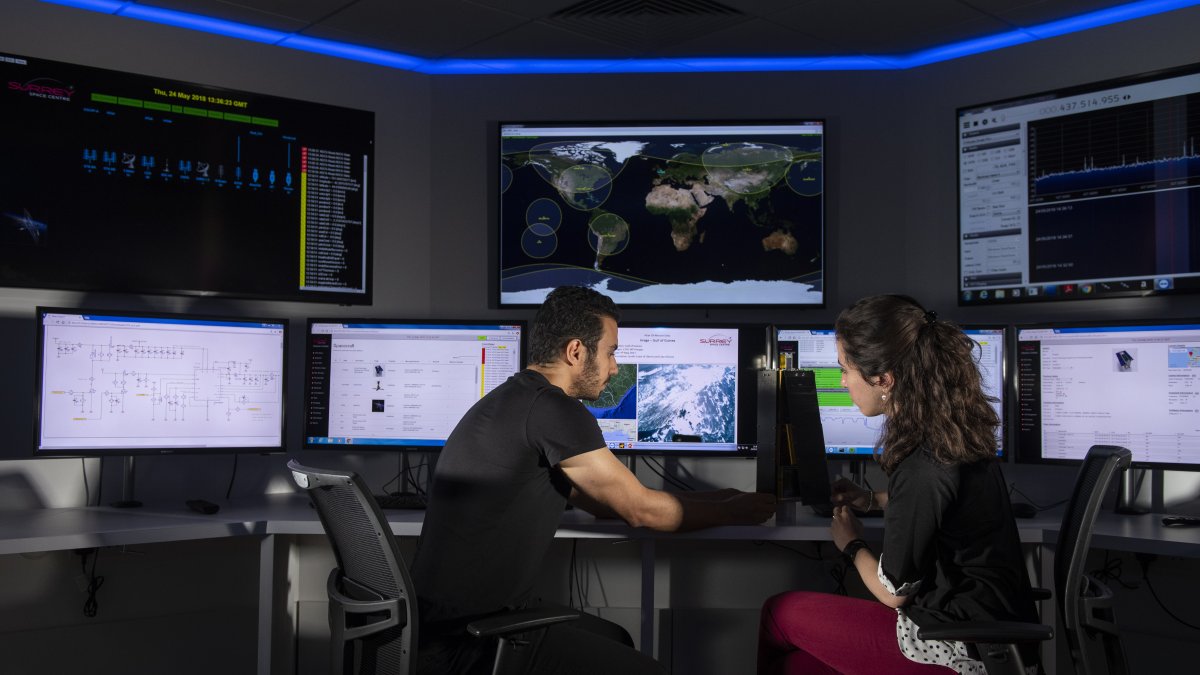 When the ESEO (European Student Earth Orbiter) satellite was launched into Low Earth Orbit in December 2018, its payload was designed and built by undergraduate students at Surrey. This is just one demonstration of the hands-on, real life space engineering experience students at Surrey have access to, via the Surrey Space Centre (SSC).

Students in the Department of Electrical and Electronic Engineering use SSC’s Ground Station and a range of other facilities as an integral part of their course – often opting to design radios which can ‘talk’ to satellites during their final year projects.

The recently re-built Ground Station is a user-friendly space with plenty of room for students to test out their skills. Using the screens which dominate the facility, they can track satellites for a 10-minute window as they orbit the earth every 90 minutes, and monitor a spacecraft’s radio signal and battery voltage using the radio frequency screen.

In addition, students have access to a number of other facilities within SSC:

SSC pioneered the world’s first micro-satellites in the 1980s and, in collaboration with spin-out company Surrey Satellite Technology Ltd, has gone on to push the boundaries of small, cost-effective space missions.

Richard Duke, Ground Station Manager, says: “SSC began with the curiosity of a student – Professor Sir Martin Sweeting – and his interest in amateur radio, so it is great to see today’s Surrey students showing the same passion and getting practical experience of the technologies that go into space missions.

“In addition to being used as part of the curriculum, we’re currently building a separate area of the ground station for EARS (Surrey’s Electronics and Amateur Radio Society), which will be a fantastic resource for students who want to conduct their own research.”

Discover our courses in electrical and electronic engineering, including our BEng (Hons)/MEng Electronic Engineering with Space Systems.