Sarah de Carvalho has been a pioneer for children’s rights and justice since founding Happy Child International for street children in Brazil in 1993. She was awarded an MBE for her contribution to the voluntary sector in 2012, and in 2014 set up the charity and campaign ‘It’s a Penalty’ to raise global awareness of the sexual exploitation and trafficking of children. 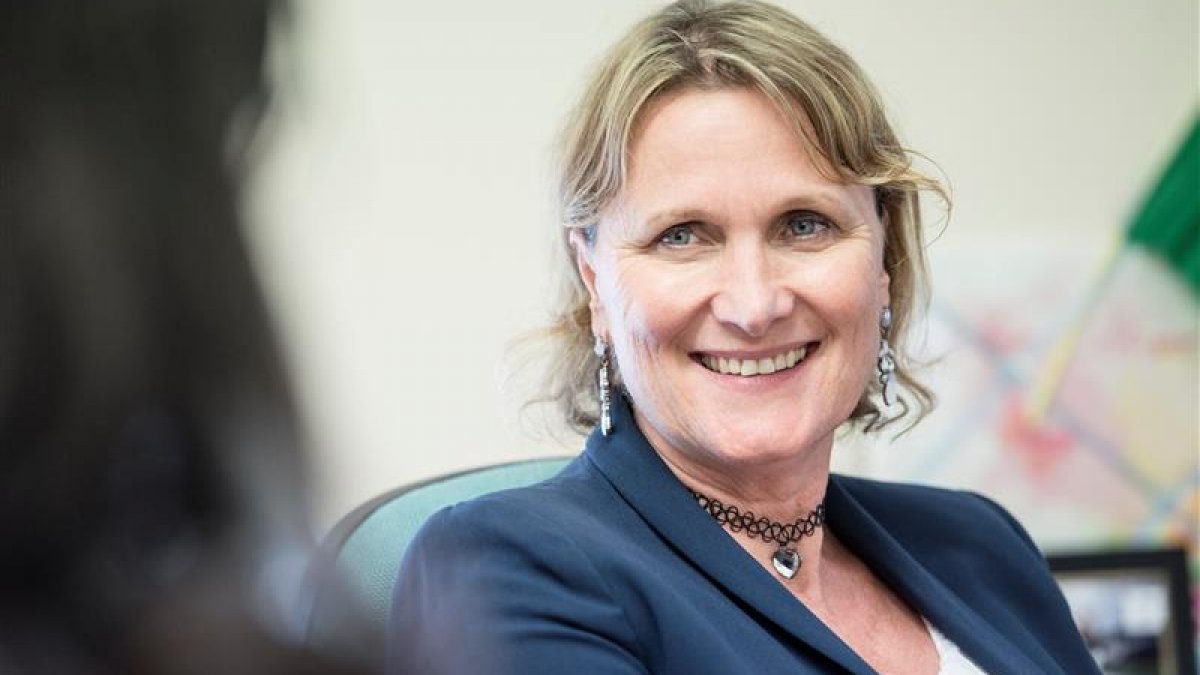 The campaign has run at major sporting events, including the 2014 World Cup in Brazil, the 2016 Rio Olympic and Paralympic Games, last year’s Super Bowl and yesterday’s Super Bowl in Tampa. It will also run at the 2021 Tokyo Olympics & Paralympics.

Sarah has garnered support around the globe, developing partnerships with organisations such as British Airways and the National Crime Agency. High impact media launches have been fronted by some of the biggest names in sport including Usain Bolt, Gary Lineker and Denise Lewis.

The reach of the campaign has been phenomenal at over 500 million people worldwide so far. Brazilian crisis lines received 5,051 calls reporting cases of child exploitation during the 2016 Olympics, and 11,252 calls were received during the 2014 World Cup.

We caught up with Sarah to talk about the impact of Covid on It’s a Penalty, the launch of the It’s a Penalty Student Ambassador Network in Universities across the UK, and why she’d recommend studying an MBA at Surrey.

"As a result of Covid-19 the work of It’s a Penalty is even more vital. The Trafficking in Persons Report 2020, just published, says that the Covid-19 pandemic will further amplify socio-economic inequalities, increasing the pool of potential victims. The sharp increase in unemployment rates brought about by the Covid-19 pandemic is likely to increase trafficking in persons, particularly from countries experiencing the fastest and most persistent drop in employment. As unemployment rates rise, increasing numbers are likely to be trafficked from the poorest communities to those parts of the world recovering faster.

It’s a Penalty preventative campaigns during Major Sporting Events includes the Super Bowls, Olympics & Paralympics and the Commonwealth Games. The Super Bowl both last year in Miami and this year in Tampa have not been cancelled. This year, however, there are going to be 20,000 spectators instead of 60,000 spectators. The Tokyo Olympics & Paralympics 2020 were postponed to this summer 2021 and so our work continues with established partnerships with airlines, airports, Hilton hotels and Airbnb. Airbnb is one of the main sponsors of the Olympics. So, in response to Covid, our activities will be more digital including a 30-second film with some of the biggest names in sport shown on airlines and images at the airports and in hotels. We will also e-train the staff and management at the Hilton hotels to spot human trafficking and our collaterals will also educate about what human trafficking is.

We have recently launched two other projects including COMMONPROTECT to see legal reform of CSEA (child sexual exploitation & abuse) legislation in the Commonwealth countries and the It’s a Penalty Student Ambassador Network in Universities across the UK, including the University of Surrey."

"If you’re considering studying an MBA at Surrey University, I would strongly encourage you to apply. With the impact of the pandemic and possible redundancies in the workplace, having an MBA will open many more career doors for you and at the same time give you the confidence and skill set to grow as a leader. My Executive MBA at Surrey enabled me to take my work from the local to the global arena."

Find out more about the Surrey MBA and executive (part-time) MBA here.