Research by undergraduate Alex Pirie in the Surrey Space Centre has been featured in The MagPi – the official Raspberry Pi magazine – and earned him a finalist slot in the prestigious UKESF Embedded Systems competition. 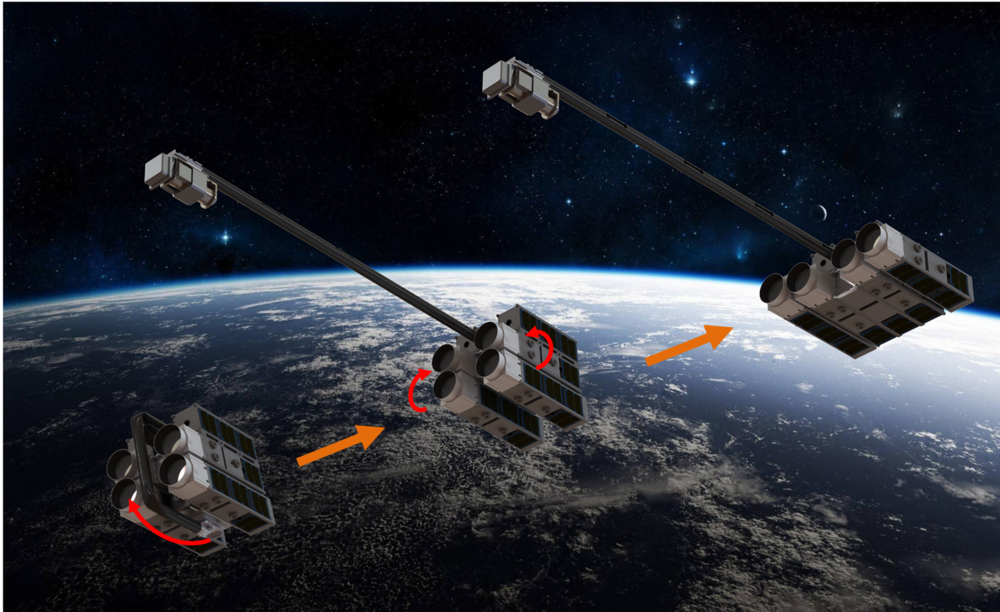 Alex, who is a final year student on Surrey’s MEng Electronic Engineering with Space Systems, had the chance to work on a live CubeSat project within Surrey Space Centre (SSC) which utilises two Raspberry Pi Compute Modules and commercially-available components. His work was published as a ‘Project Showcase’ in The MagPi in October 2020.

In the AAReST (autonomous assembly of a reconfigurable space telescope) mission, researchers have developed modular CubeSats which are designed to reconfigure in space to create a large-scale telescope. Working on the fourth version of the system’s payload computer, Alex was tasked with adding a camera function and improving the system’s fault tolerance. He realised that adding a high-speed Ethernet link between the Raspberry Pi Compute Modules would allow redundant operation.

He explained: “The Ethernet link allows us to send data quickly between the two Compute Modules, so that if one fails on-orbit the system can still operate.”

Alex has been named as a finalist in the UKESF (UK Electronics Skills Foundation) and UltraSoc Embedded Systems competition for his work on the AAReST project. This annual competition aims to highlight the exceptional work of talented engineering UK engineering students who have completed their major individual project on embedded systems, and to raise awareness of this exciting area of electronics.

Alex said: “The MagPi featured a predecessor of my project in 2015 and, because of how far the hardware has developed, we reached out to the Raspberry Pi Foundation. They were enthusiastic about it and offered to write an article which was very exciting.

“I chose to come to Surrey because of the space-related modules offered on my degree pathway. These modules have been excellent and it’s great to have the chance to learn from people with first-hand experience. I’ve also been very involved with EARS (Surrey’s Electronics and Amateur Radio Society) which has given me lots of great opportunities included participating in and winning the 2017 UKSEDS Lunar Rover Competition and helping to host the 2018 National Student Space Conference while I was the Society’s president.”

Dr Chris Bridges commented: “SSC has a long history in launching our research with industry and allowing our space students to grow within our labs. Such space engineering skills needed by the UK space industry are our speciality and I’m so pleased with Alex’s RPi computer. It has a real opportunity to be used in our flight projects and we’ll continue to qualify it over the year. Well done Alex!”

Dr David Carey, Head of Department of Electrical and Engineering, said: ‘Surrey is very proud of the quality and excitement of individual projects undertaken by our students and it’s fantastic that Alex’s research has been recognised.”

Discover our courses in electrical and electronic engineering, including our BEng (Hons)/MEng Electronic Engineering with Space Systems.