In celebration of the International Year of the Periodic Table of Chemical Elements, researchers from the Department of Nutritional Sciences at the University Surrey in partnership with the Universities of Warwick and Oxford, had a stand entitled “In Your Element” at the Royal Society Summer Science Exhibition. This annual event presents the most cutting-edge science and technology in the UK. 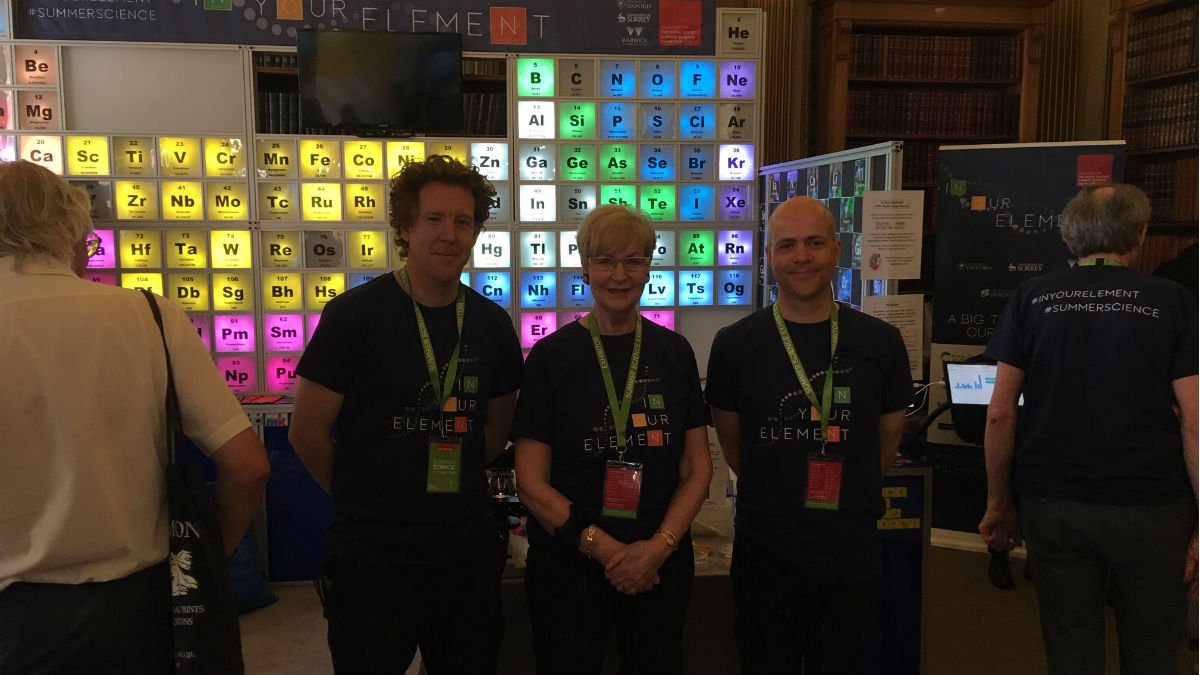 The team from Surrey, led by Professor Margaret Rayman, used their exhibit which was visited by the Duke of Kent and Chris Skidmore MP, Minister of Minister of State for Universities, Science, Research and Innovation, to demonstrate how elements found on the periodic table are crucial for a healthy diet.

Using a large interactive periodic table, the scientists showcased their research which uncovered the importance of elements such as iodine and selenium to human health. Previous research from the University of Surrey identified the ground-breaking association between mild-to-moderate iodine deficiency in pregnant women in the UK and low IQ and reading ability in their children which worsened with the degree of deficiency. The team also explained that selenium plays a major role in processes within the body, such as thyroid function.

Margaret Rayman, Professor of Nutritional Medicine at the University of Surrey, said: “This year celebrates 150 years since the periodic table was first proposed by Mendeleev.  It is against the background of the periodic table that we are able to conduct our research and learn more about the crucial role elements play in our everyday lives.”