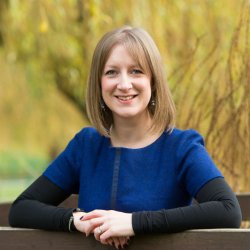 After completing my BSc in Nutrition and Dietetics, I worked in the NHS as a dietitian. I then returned to the University of Surrey to do my PhD on iodine status in pregnancy and its implications.

My research focuses on iodine status in the UK, the dietary predictors of iodine status, and the implications of iodine deficiency on the developing brain. I held a Medical Research Council (MRC) Population Health Scientist Fellowship,  which furthered my work on iodine.

University of Surrey, FHMS Postgraduate Research Student of the Year, 2012 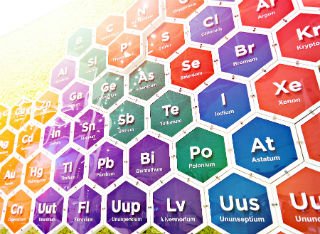 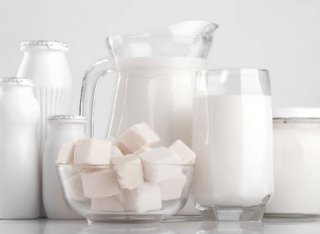 Milk-alternative drinks do not replace the iodine in cows’ milk

My main research interest is the extent of iodine deficiency in UK pregnant women, and the effect that this may have on child neurodevelopment.

Research areas within this topic include:

ILSI Europe: Expert Group on iodine
I am chair of the ILSI Europe expert group on "Intake and Sources of Iodine in European Countries and the Potential Impact of Planned Salt Reduction Strategies on Iodine Intake" 2017-present
EUthyroid
EUthyroid research project - Towards the elimination of iodine deficiency and preventable thyroid-related diseases in Europe 2015-2018
Nutrimenthe
Nutrimenthe Project - effects of early nutrition on the mental development of children  2012-2013

To study the association between maternal iodine status during pregnancy and child IQ and to identify vulnerable time-windows of exposure to suboptimal iodine availability.

Child non-verbal and verbal IQ assessed at 1.5-8 years of age.

Fetal brain development is vulnerable to mild-to-moderate iodine deficiency, particularly in the first trimester. Our results show that any potential randomized, controlled trial investigating the effect of iodine supplementation in mild-to-moderate iodine deficient women on child neurodevelopment, should start with supplementation not later than the first trimester.

Iodine intake is required for thyroid hormone production, which is essential for neurological development. A large proportion of UK women of childbearing age are likely to have insufficient iodine intake, and should they become pregnant, there would be a risk to fetal neurodevelopment. However, there are no useful biomarkers to measure iodine status in an individual; urinary iodine concentration can only be used for population assessment. The aim of this study was therefore to validate an iodine intake screening tool that had previously been developed, against a reference measure for estimating iodine intake. We hypothesized that the short screening tool (28 questions) would be able to correctly classify daily iodine intake as low (˂140 lg), adequate (140 lg - 600 lg) or excessive (˃600 lg).

Healthy females aged 18–50 years, were recruited from the University of Surrey population and contacts of the researchers. They were asked to complete the iodine screening tool and a 4-day dietary record using estimated measures of intake. The screening tool was coded to calculate daily iodine intake based on estimated iodine content per portion and frequency of consumption. Dietary records were analysed in Nutritics to give an average daily iodine intake. Values from the tool and the dietary record were compared using a Spearman Rank correlation and Bland-Altman analysis. Cohen's j was used to assess iodine intake classification from the two methods of assessment. A sensitivity analysis was performed to exclude outliers and highlight variations in individual components of the screening tool. The project received a favourable ethical opinion from the Faculty of Health and Medical Sciences Ethics Committee (University of Surrey).

Twenty-one female participants (mean age 33 ± 4) were recruited. There was no significant difference (p = 0.566) between median iodine intake from the screening tool (155 lg/day, interquartile range (IQR): 70–180 lg) and dietary records (100 lg/day, IQR: 88–176 lg). There was a moderate correlation (rs=0.540, p = 0.012) and moderate agreement for categorisation of participants based on iodine intake (j=0.521, p = 0.017) with 67% of those with low intakes according to the reference measure also being categorized as low using the screening tool (Table 1); none of the participants had excessive iodine intake. The exclusion of brown seaweed improved sensitivity of the tool (to 75%) by removing outliers. Bland- Altman analysis indicated high accuracy but large limits of agreement.

The percentage of women correctly classified was similar or higher than other validation studies of food frequency questionnaires (FFQs) using dietary records as a reference measure (45% - 66%)1–3. The Cohen’s j value is also higher than those from those studies (0·15 - 0·3), indicating a greater agreement regarding classification.

The screening tool is a quick, simple and moderately accurate method of classifying individuals into low and normal intakes of iodine using 4-day dietary records as a reference measure.

The trace element iodine is a vital constituent of thyroid hormones. Iodine requirements increase during pregnancy, when even mild deficiency may affect the neurocognitive development of the offspring. Urinary iodine concentration (UIC) is the means of assessing iodine status in population surveys; a median UIC of 100–199 µg/L is deemed sufficient in a non-pregnant population. Milk is the main dietary source of iodine in the UK and Ireland.

We surveyed the iodine status of 903 girls aged 14–15 years in seven sites across the island of Ireland. Urine iodine concentration was measured in spot-urine samples collected between March 2014 and October 2015. Food group intake was estimated from iodine-specific food-frequency questionnaire. Milk-iodine concentration was measured at each site in summer and winter.

This is the largest survey of its kind on the island of Ireland, which currently has no iodine-fortification programme. Overall, the results suggest that this young female population sits at the low end of sufficiency, which has implications if, in future, they enter pregnancy with borderline status.

SC Bath, MP Rayman (2015)A review of the iodine status of UK pregnant women and its implications for the offspring., In: Environ Geochem Health
DOI: 10.1007/s10653-015-9682-3
Iodine, as a component of the thyroid hormones, is crucial for brain development and is therefore especially important during pregnancy when the brain is developing most rapidly. While randomised controlled trials of pregnant women in regions of severe iodine deficiency have shown that prenatal iodine deficiency causes impaired cognition, less is known of the effects in regions of mild deficiency. This is relevant to the UK as the World Health Organisation now classifies the UK as mildly iodine deficient, based on a national study of 14-15 year old schoolgirls in 2011. We have previously published a study using samples and data from the UK-based Avon Longitudinal Study of Parents and Children (ALSPAC) that found an association between low iodine status in early pregnancy (urinary iodine-to-creatinine ratio <150 μg/g) and lower verbal IQ and reading scores in the offspring. Though the women in ALSPAC were recruited in the early 1990s, the results of the study are still relevant as their iodine status was similar to that reported in recent studies of UK pregnant women. This review discusses the evidence that mild-to-moderate iodine deficiency during pregnancy has deleterious effects on child neurodevelopment and relates that evidence to the data on iodine status in the UK. It has highlighted a need for nationwide data on iodine status of pregnant women and that a randomised controlled trial of iodine supplementation in pregnant women in a region of mild-to-moderate iodine deficiency with child outcomes as the primary endpoint is required.
S Bath, S Button, MP Rayman (2011)Summer Meeting, 4-6 July 2011, 70th Anniversary: From plough through practice to policy Abstracts, In: PROCEEDINGS OF THE NUTRITION SOCIETY70(OCE4)pp. E117-E117 CAMBRIDGE UNIV PRESS
DOI: 10.1017/S0029665111001686
V Furmidge-Owen, SC Bath, CWG Redman, MP Rayman (2014)A longitudinal study of iodine status throughout gestation in UK women, In: PROCEEDINGS OF THE NUTRITION SOCIETY73(OCE1)pp. E38-E38 CAMBRIDGE UNIV PRESS
DOI: 10.1017/S0029665114000524
SC Bath, CJ Nezianya, MP Rayman (2015)A label-based assessment of the iodine content of milk-alternative drinks available in the UK, In: PROCEEDINGS OF THE NUTRITION SOCIETY74(OCE5)pp. E303-E303 CAMBRIDGE UNIV PRESS
DOI: 10.1017/S002966511500350X
Sarah Bath (2017)Iodine supplementation in pregnancy in mildly deficient regions, In: The Lancet Diabetes and Endocrinology5(11)pp. 840-841 Elsevier
DOI: 10.1016/S2213-8587(17)30331-5 showArticle Info
It is well known that severe iodine deficiency during pregnancy affects fetal brain development and has implications for cognition in later life, including reduced intelligence quotient (IQ) scores.1 However, the effects of mild-to-moderate deficiency during pregnancy are less well known. Findings of observational studies in mildly-to-moderately iodine-deficient pregnant women have shown an association with lower IQ, reading ability,2 and spelling scores in offspring.3 Although several randomised controlled trials of iodine supplementation in pregnancy have been done in regions of mild-to-moderate iodine deficiency, they did not measure neurodevelopment in offspring.
Deborah Levie, Tim I.M. Korevaar, Tessa A. Mulder, Sarah C. Bath, Mariana Dineva, Maria-Jose Lopez-Espinosa, Mikel Basterrechea, Loreto Santa Marina, Marisa Rebagliato, Jordi Sunyer, Margaret P. Rayman, Henning Tiemeier, Robin P. Peeters, Mònica Guxens (2019)Maternal Thyroid Function in Early Pregnancy and Child Attention-Deficit Hyperactivity Disorder An Individual-Participant Meta-Analysis, In: Thyroid Mary Ann Liebert

Background: Thyroid hormone is essential for optimal fetal brain development. Evidence suggests that both low and high maternal thyroid hormone availability may have adverse effects on child neurodevelopmental outcomes, but the effect on behavioral problems remains unclear. We studied the association of maternal thyrotropin (TSH) and free thyroxine (FT4) concentrations during the first 18 weeks of pregnancy with child Attention-Deficit Hyperactivity Disorder (ADHD).

Methods: 7669 mother-child pairs with data on maternal thyroid function and child ADHD were selected from three prospective population-based birth cohorts: INMA (N=1073, Spain), Generation R (N=3812, The Netherlands) and ALSPAC (N=2784, United Kingdom). Exclusion criteria were multiple pregnancies, fertility treatments, usage of medication affecting the thyroid, and pre-existing thyroid disease. We used logistic regression models to study the association of maternal thyroid function with the primary outcome, ADHD, assessed via the DSM-IV criteria by parents and/or teachers at a median child age of 4.5 to 7.6 years, and with the secondary outcome, an ADHD symptom score above the 90th percentile. Effect modification by gestational age and sex was tested with interaction terms and stratified analyses.

Conclusions: We found no clear evidence of an association between maternal thyroid function and child ADHD.