A pilot study of a new vaccine that aims to educate the immune system of the Asian elephant to fight a deadly virus that is threatening the survival of the endangered species globally, has begun at Chester Zoo. 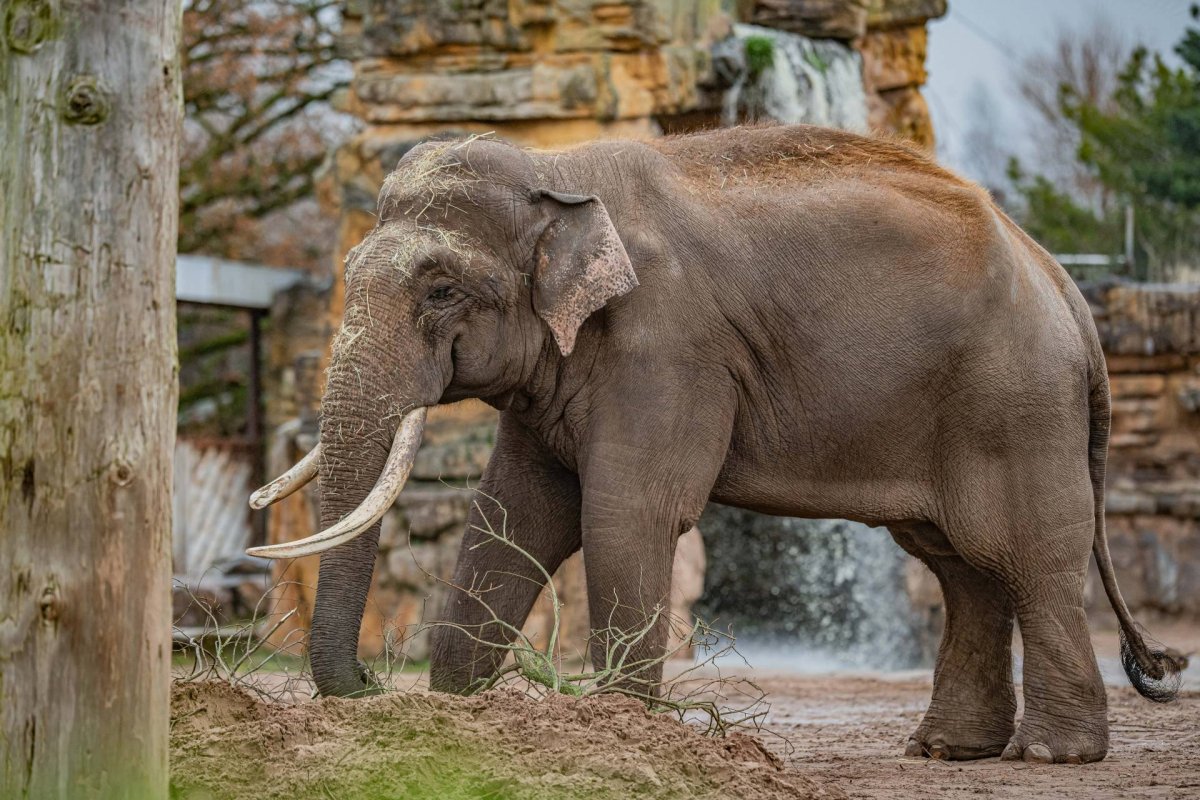 Early tests showed the jab - developed as a result of a long term collaboration led by scientists at the University of Surrey and Chester Zoo - stimulates an immune response after vaccination. Elephant care experts at Chester are now leading the first vaccine pilot study, supported by a host of other major conservation zoos in the UK and Ireland, including Dublin Zoo, Whipsnade Zoo, Blackpool Zoo and Woburn Safari Park.

It is the first vaccine of its kind ever to enter a pilot study with elephants, anywhere in the world.

A vaccine that can protect Asian elephants, listed as endangered on the International Union for the Conservation of Nature’s (IUCN) Red List of Threatened Species, is widely viewed by conservationists as the best hope for tackling the virus, known as elephant endotheliotropic herpesvirus (EEHV).

EEHV is a major threat to the long-term survival of the Asian elephant, of which just 40,000 now remain. Reports of wild elephant fatalities at the hands of the disease are on the rise in India, Nepal, Myanmar and Thailand, while cases have been recorded in five further countries across its native range, as well as in zoo conservation breeding programmes worldwide.

Without the expertise and opportunities for close contact offered by zoos caring for the species, experts say it would be “almost impossible” to develop a vaccine, which, if successful, could help to prevent the extinction of the species.

Vets and elephant care teams at Chester Zoo - home to the first elephant to participate in the pilot study, a healthy 20-year old bull - have reported no adverse effects or changes in behaviour.

Falko Steinbach, Professor of Veterinary Immunology at the University of Surrey, said:

“This is an important moment in our research. Now that we have entered a pilot study stage there is real optimism we can find a safe vaccine that works.

“We are, however, not getting ahead of ourselves. While this is a significant step in right direction, and the initial signs are positive, these are still early days.”

“The initial results from the pilot study are encouraging, not least that the vaccine appears to stimulate an immune response. This is a small step for vaccines and a large step for the world’s elephants.

“However, it’s not yet enough to prove the vaccine will prevent young elephants from dying of EEHV. It’ll be several months until the first stage of our work to select the best candidate vaccine and determine optimal dosages and frequencies is complete. Then, if successful, trials in zoos and in the field will need to take place to fully ascertain its efficacy.”

Elephant conservation experts at Chester Zoo, backed by more than £250,000 in public donations to the charity zoo, have long been at the forefront of the fight to find a solution to the global EEHV crisis and efforts to develop an effective vaccine that can be rolled out worldwide.

“Finding a safe and effective vaccine that works for Asian elephants globally is the best way to tackle this devastating disease.

“This vaccine pilot study is a major milestone for conservation and, while not wanting to get too carried away at this early stage, there does appear to be some light at the end of the tunnel. The only long-term solution to beating EEHV is to find a vaccine. Without zoos caring for the species it would be almost impossible to achieve that but, thankfully, we’re now making remarkable progress. The global conservation community is today a step closer to finding a viable vaccine to save Asian elephants from this deadly disease.”