Dr Chris Bridges leads the Onboard Data Handling Group at Surrey Space Centre (SSC). He also works with Surrey Satellite Ltd and he can’t wait for the next series of Star Trek: Discovery.

What was your career path into onboard data handling?

It wasn’t typical. I enjoyed working with my hands on real hardware and software, so I went to college and did my National Diploma and Higher National Diploma in Electronic Engineering. I then skipped the first year of my degree at the University of Greenwich as I’d covered a lot of the material.

After my degree, I worked at BAE Systems in Rochester, Kent, and, a year later, I joined the Embedded Systems Group at SSC. I’ve been here since working on ‘data’ research problems for the space industry.

Did anything in particular inspire you on this journey?

My dad was an engineer – as was my grandad – so I’m sure this is all their fault. Seeing what I could do with electronics, which I guess came from some great teachers at college and university, also certainly helped.

Seeing something work for the first time is a real kick for me as it’s literally seeing ‘science in action’ – whether that’s the small little toy robots I built at college or the real flight missions here at SSC.

Which SSC projects have you been involved with?

It started first with the groundstation, which was adding to a network with the European Space Agency (ESA). That led to leading and building STRaND1, the UK’s first CubeSat a few years later.

After that, SSC won a series of missions and I contributed to all our CubeSat missions in some sense. Either from teaching the students that worked on them, providing drawings, architectures or coding, and ultimately through to helping the team in testing the final satellite. My latest contribution has been with my masters students with the ESA ESEO and ESA OPS-SAT missions.

What are your favourite current areas of space research? 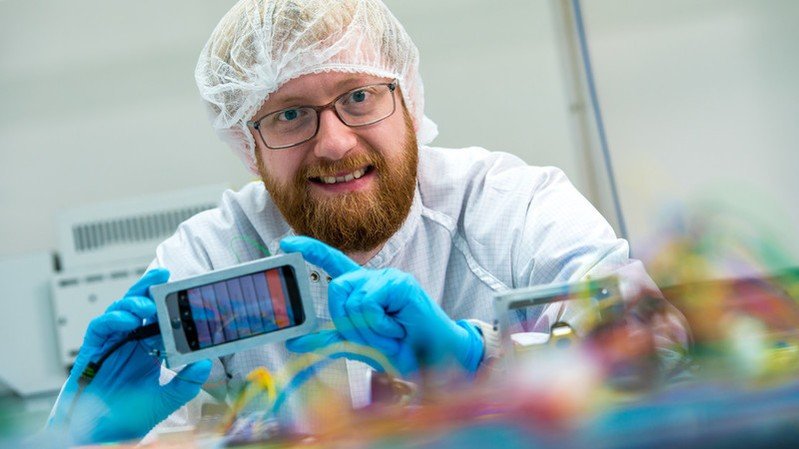 I still very much enjoy working with my hands so that would be coding and exploring new ideas – and pushing that code onto real systems I can use in my teaching and in real flight missions. I’m interested in the radio to computer interfaces: so that would be ‘software defined radios’ and the ‘embedded computers’ that have to work with them.

At the moment, I’m trying to push my software defined research from working at megahertz in radio frequency to working at terahertz using lasers. This is super complex and exciting as it’s needed for all sorts of applications, from laser communications and atomic clocks, through to climate monitoring spectroscopy.

What are your favourite space missions?

Chris says he was massively inspired by NASA’s Marco mission

I’ve been super inspired by NASA’s Marco mission. I had the opportunity to work with Professor Craig Underwood on the AAReST mission, which involved CalTech and NASA staff in California.

We got to talk all things deep space and CubeSats and to see them operate and successfully push what these small satellites can do – at Mars – was a real vindication for what success is possible when you take and accept risk. This mission had a lot of young engineers working on it with the support and expertise of senior NASA engineers, which was wonderful, too.

SSC is also working on Europe’s answer to this development. Our mission is called VMMO (Volatile Mineralogy Mapping Orbital), which involves a small spacecraft searching for water ice and other compounds on the Moon.

What are your favourite space-related films or TV series? 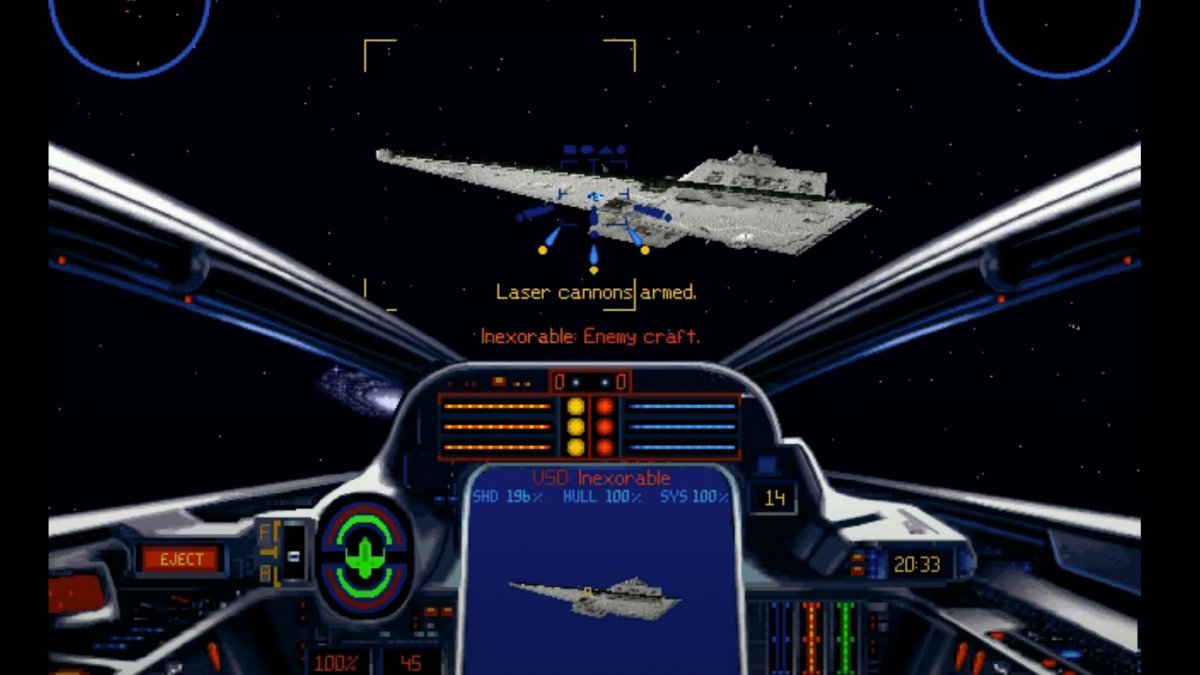 Chris may be engaged with cutting-edge tech, but he's retro when it comes to games such as X-wing vs Tie Fighter

There are so many! Star Wars and Star Trek definitely figure. I used to play the computer game, X-wing vs Tie Fighter, which came out in 1997. The latest Star Wars movies brought back a lot of nostalgia for me and the X-wing sequences were amazing.

I can’t leave without talking about Star Trek: The Next Generation and Star Trek: Discovery. TNG with Picard really opened my eyes to what future technologies could exist and how society could develop – something I’d never considered before.

And Star Trek: Discovery pushed this further by including people of colour and LGBTQ issues – moving from a ‘black and white’ world into a more realistic ‘spectrum of greys’ we live in the world today. I’m looking forward to that new season.