What inspired you to study space engineering?

I trained in electrical and electronic engineering, then I completed a PhD in artificial intelligence (AI) robotics. My post-doctoral work focused on the use of robotics for extreme environments such as space.

My first space-related project was funded by the European Space Agency, where I investigated the use of AI and robotics in space. That was more than 15 years ago.

Was AI pretty much in its infancy then?

I remember there was lots of excitement at the time when neuroscientists and academics, involved in mathematical modelling, started to suggest ways in which computer science could help replicate human-like neural networks using computing machines. But the technology wasn’t quite ready for real-world industrial applications.

There have been continuous improvements in this area, but AI tends to be limited by the computing hardware and software that’s required to transform imaginative leaps into reality. Using AI in space robotics has similar restrictions, but recent advances in spacecraft hardware have allowed us to progress more quickly.

Is that where the work of the STAR LAB comes in? 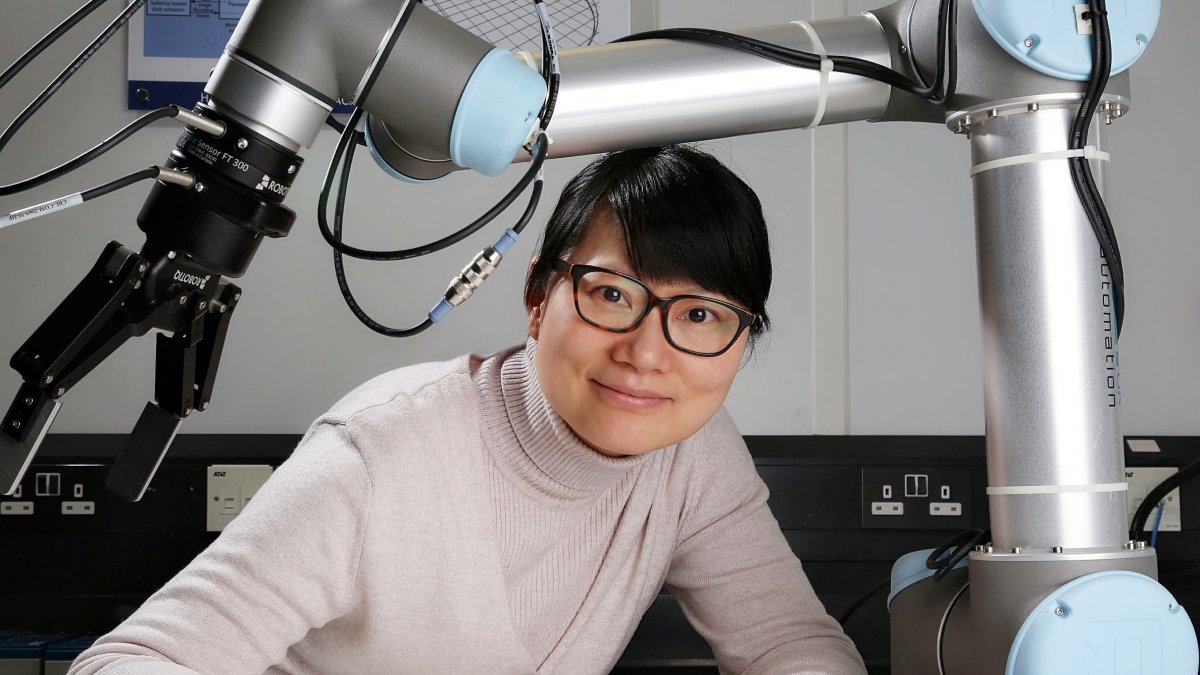 Yes. The STAR LAB is a team of academics, roboticists and computer scientists who believe AI robotics is an important focus for the long-term development of space technology and missions. We work in two main areas.

The first is creating technologies for the orbital environment. This can involve using robotic arms to help with the construction of objects in a space environment, such as assembling telescopes or repairing satellites. Or it can involve locating and grasping non-co-operative objects, like retired satellites or space debris.

The second is planetary scenarios, where we need craft or devices to help us explore the surface of moons, planets or asteroids. For example, we need vehicles that can traverse different types of hazardous terrain. Or we may need probes that can penetrate the ground and measure seismic activities.

I understand you have a space drill based on part of a wasp?

Wood wasps drill into trees and place their larvae into the holes. To create the hole, they have a long tube-like organ called an ovipositor that they use to lay their eggs. The wasp’s ovipositor has two halves along its length with teeth on the outside. One side creates a small hole and the external teeth secure the position. Then the other side does the same and the ovipositor makes its way into the wood using this mechanism.

It’s called dual reciprocating drilling and the selling point for using this technique in zero gravity is it doesn’t rely on overhead force to operate. It also offers higher power efficiency than conventional drills and it’s lightweight, so it’s easier and less expansive to get deployed from either a rigid or a flexible system.

How could this be used in space?

Existing investigation suggests the Moon’s south pole has icy water in its permanently shadowed regions. If we have serious plans to set up a human base there, we could use our ”wasp drill” to help investigate icy water in this area for developing future life support systems. We could use it in various other space scenarios such as to collect samples from the subsurface of the Moon, Mars or asteroids.

We’ve been approached by businesses about using this technology on Earth, too. Telecommunications companies are interested in seeing how they could utilise it to help lay fibre cables.

In fact, there are lots of terrestrial applications for technologies that were designed for space. For example, we’ve worked on visual navigation algorithms so robotic arms can precisely grasp and manipulate objects in space. This has applications in nuclear industry where such robotic vision solution is useful in environments of increased radiation.

Do you watch any space-based films or TV shows?

I always liked 2001: A Space Odyssey, which is based on a short story by Arthur C Clarke. I found it inspirational because there’s a part in it where the spaceship’s onboard computer, HAL 9000, suggests machine learning may one day outperform mankind. The film was released in 1968 and that debate about the limits of AI remains very current today.