Dr Bob Patton is a lecturer in Clinical Psychology at the University of Surrey. He is a Chartered Psychologist (Health, Research), Associate Fellow of the British Psychological Society, Fellow of the Software Sustainability Institute, Fellow of the Higher Education Academy and a Chartered Scientist. During the 1990s he worked for the Home Office Drugs Prevention Initiative as a consultant, and then as a research associate in health promotion for the University of Northumbria, before moving to London where he has worked for Kings College London (medical education), Royal Holloway (violence prevention), London School of Hygiene & Tropical Medicine (cancer communication), Imperial College London (alcohol) and for King's Health Partners where he was the Health Services Research Coordinator for Addictions between 2004 - 2011. Bob has recently worked at Surrey as Research Tutor on the PsychD Clinical Psychology Training programme and an Academic Advisor on the MSc in Counselling Supervision & Consultation. He has also served as the Vice-Chair (Research) for the BPS Division for Teachers and Researchers and been a member of the BPS Research Board.

His current academic interests include the development of mental health smartphone Apps, Alcohol Identification and Brief Advice, physical health needs of IDUs, Health Professionals training in alcohol interventions, Hepatitis immunisation and the relationships between drug misuse and sexual health / risk taking. His PhD thesis explored brief interventions for alcohol misuse, and his book based on that and related studies is available here. Academia aside, Bob is the Director of Short Term Solutions Ltd. (Recruitment agency), plays keyboards in a variety of musical collectives, manages two studio based bands and has also worked as a nurse, youth worker, mystery shopper and IT consultant. He no longer lives on a boat.

For a full list of publications, please visit my Google Scholar profile 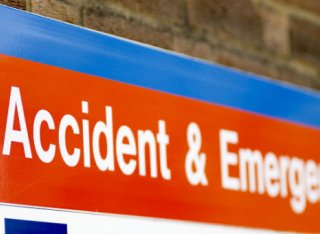 Should alcohol limits for men and women really be the same?

08 March 2021
Smartphone addiction: more than 1 in 3 young adults report ‘problem use’
Expert advisor
iNews
01 January 2019
Dry January: Seven tips to cut back on alcohol this month
Comment
Daily Star
28 February 2019
Being a couch potato 'bad for the memory of over-50s'
Comment
BBC News
07 February 2019
Do not let children take electronic devices into bedrooms, say doctors
Comment
The Guardian
22 February 2019
Bedtime social media use may be harming UK teenagers, study says
Comment
The Guardian
08 February 2019
Expert: We Need to Talk to Children About Kinds of Things They Might Find Online
Interview
Sputnik News
08 February 2019
Beer before wine? It makes no difference to a hangover
Comment
BBC News
30 October 2018
Why the psychology of the 'Like' button is fuelling our tech addiction
Comment
The Telegraph
28 October 2018
How to tell if you are truly addicted to your smartphone
Comment
The Telegraph
22 October 2018
Feeling Rusty: Can Alcohol Be Seen as Heavy Addictive Drug?
Interview
Sputnik News
03 July 2020
Sober in a pandemic: How lockdown helped people quit drinking
Expert adviser
The Independent
16 September 2019
A beer a day could keep your diabetes at bay: Scientific review finds drinking alcohol in moderation can 'improve glucose metabolism'
Expert adviser
Mail Online
19 August 2019
Should you let your kids drink wine, like the French? Here's the truth about underage drinking
Expert adviser
The Telegraph
15 August 2019
Social media use may harm teens' mental health by disrupting positive activities, study says
Expert Adviser
CNN
22 May 2019
Red wine's resveratrol decreases blood pressure in mice: Could it do the same in human heart patients?
Expert Adviser
CNN
10 May 2019
One in five harmed by others drinking alcohol over past year, survey finds
Expert Adviser
The Guardian
17 April 2019
Kids glued to screens for 2 hours a day ‘EIGHT TIMES more likely to suffer ADHD’
Expert Adviser
The Sun
28 March 2019
How many cigarettes in a bottle of wine?
Expert Adviser
BBC News

Use of software in research

I teach on the PsychD Clinical Psychology programme, coordinating the Service Related Project and supervising PsychD and PhD research.

Adolescents (n = 5377) aged between their 10th and 18th birthday who attended emergency departments between December 2012 and May 2013.

To characterize England’s alcohol assertive outreach treatment (AAOT) services for people who frequently attend hospital due to alcohol-related reasons according to their concordance with six core AAOT components.

Access to AAOT services developed to support high-cost and high-needs frequent hospital attenders varies across the nation. Further research, service evaluation and AAOT implementation should focus on essential AAOT components rather than self-defined labels of AAOT.

M Rahim, Bob Patton (2014)The association between shame and substance misuse in young people: A review of the literature, In: PeerJ PrePrints
DOI: 10.7287/peerj.preprints.530v1
BACKGROUND: Shame has been associated with a range of maladaptive behaviours, including substance abuse. Young people may be particularly vulnerable to heightened shame sensitivity, and substance abuse is a significant problem amongst UK adolescents. Although there appears to be a relationship between shame and substance abuse, the direction of the relationship remains unclear. AIM: We reviewed the literature relating to shame and substance abuse amongst young people. METHOD: Five electronic databases were searched for articles containing terms related to ‘adolescence’, ‘shame’ and ‘substance abuse’. Of the two hundred and twelve articles identified in the first sweep, six were included in the final analyses. RESULTS: Sexual abuse is indicated as a predictor of shame-proneness. Substance abuse may be a mechanism by which individuals cope with negative feelings. In general, there is a lack of literature investigating the shame-substance abuse relationship among adolescents. The available literature associates shame-proneness with poorer functioning and suggests that this may lead to psychopathology and early-onset substance misuse. Scant attention has been paid to the cognitive and emotional processes implicated. Further research is required to ascertain the strength of the shame-substance abuse relationship in young people and to develop appropriate interventions for this population.
Robert Patton, M Vohra (2011)Hazardous drinking among patients attending a minor injuries unit: a pilot study., In: Emergency Medicine Journal30(1)pp. 72-73 BMJ Publishing Group
DOI: 10.1136/emermed-2011-200534
Excessive alcohol consumption increases the likelihood of accidental injury. This pilot study reports on the prevalence of hazardous drinkers presenting to a minor injuries unit. The proportion of hazardous drinkers is broadly similar to that found in emergency departments, suggesting that such units could also host alcohol intervention and brief advice activities.
P Deluca, C Drummond, S Boniface, R Patton (2016)Optimal screening tool for under age drinking: Findings from the SIPS Jr Programme, In: Alcoholism: Clinical and Experimental Research40(S1)886
DOI: 10.1111/acer.13084
R Patton, R McCormick (2005)Alcohol Screening and Brief Interventions BMJ Learning
An interactive online learning module
Bob Patton (2015)Doctors need greater understanding of alcohol units and calories, In: BMJ: British Medical Journal
The addition of information regarding calorific content to alcohol packaging should afford the consumer greater awareness of the content, facilitate informed choice and hopefully promote appropriate behavioural change. Should the provision of such information become mandated it would be interesting to explore how consumer choice and drinking behaviours may be moderated. Those in clinical practice should, as a matter of routine, ask questions about alcohol use in addition to diet and exercise, and from this the additional calories can be estimated (1 UK unit of alcohol contains 56 kcal), however the nature of the drink itself will add to the overall calorie counts (a 50ml measure of cream liqueur contains just under 1 unit of alcohol, but 121 kcal). Given that almost one in five junior doctors remain unaware of what a unit of alcohol actually is (1;2) there is a clear need to raise address these issues as part of the undergraduate medical school curriculum.
P Deluca, C Drummond, S Coulton, K Perryman, M Bland, P Cassidy, M Crawford, E Gilvarry, C Godfrey, N Heather, E Kaner, J Myles, D Newbury-Birch, A Oyefeso, S Parrott, R Patton, T Phillips, J Shepherd, R Touquet (2010)CHALLENGES AND SOLUTIONS IN IMPLEMENTING SCREENING AND BRIEF INTERVENTIONS FOR HAZARDOUS ALCOHOL USE IN ACCIDENT AND EMERGENCY DEPARTMENTS, In: ALCOHOLISM-CLINICAL AND EXPERIMENTAL RESEARCH34(6)pp. 294A-294A
Bob Patton, R Touquet (2003)Screening in brief intervention trials targeting excessive drinkers in general practice: systematic review and meta-analysis. Rapid response - ‘The Teachable Moment’ – opportunistic intervention for alcohol misuse., In: BMJ: British Medical Journal327
DOI: 10.1136/bmj.327.7414.536
R Patton, J Shute, G Hinchley, L Ranzetta (2009)Efficacy of alcohol screening in the accident and emergency department managed by reception staff: a pilot study., In: Emerg Med J26(6)pp. 424-425
DOI: 10.1136/emj.2008.060582
Hazardous levels of alcohol consumption are associated with presentations to the accident and emergency department. Although screening and brief interventions are effective at reducing levels of hazardous drinking, a low number of departments has implemented such a strategy. Time constraints upon clinical staff have been cited as one reason for this inertia. This pilot study demonstrates that self-completion of screening materials is possible before a patient is seen by clinical staff.
Simone Rodda, Ellen Lynch, Ruth McGovern, Catherine Elzerbi, Matthew Breckons, Paolo Deluca, Colin Drummond, Mohammed Fasihul Alam, Sadie Boniface, Simon Coulton, Eilish Gilvarry, Paul McArdle, Robert Patton, Ian Russell, John Strang, Eileen Kaner (2019)Adolescent perspectives about their participation in alcohol intervention research in emergency care: A qualitative exploration using ethical principles as an analytical framework, In: PLOS ONE14(6)e0217855pp. 1-18 Public Library of Science
DOI: 10.1371/journal.pone.0217855

To explore adolescents’ experiences of consenting to, and participating in, alcohol intervention trials when attending for emergency care.

In-depth semi-structured interviews with 27 adolescents (16 males; aged 14–17 years (Mage = 15.7)) who had taken part in one of two linked brief alcohol intervention trials based in 10 accident and emergency departments in England. Interviews were transcribed verbatim and subject to thematic analysis.

Research and intervention methods were generally found to be acceptable though confidentiality was important and parental presence could hinder truthful disclosures regarding alcohol use. Participants discussed the importance of being involved in research that was relevant to them and recognised alcohol consumption as a normative part of adolescence, highlighting the importance of having access to appropriate health information. Beyond this, they recognised the benefits and risks of trial participation for themselves and others with the majority showing a degree of altruism in considering longer term implications for others as well as themselves.

Alcohol screening and intervention in emergency care is both acceptable and relevant to adolescents but acceptability is reliant on confidentiality being assured and may be inhibited by parental presence.