I was awarded my postgradute degree on the "Detection of cocaine and respective metabolites using fingerprints" from the University of Surrey in April 2017.  Currently working at the University of Surrey's Ion Beam Centre (http://www.ionbeamcentre.co.uk/) as a Liaison Fellow. Here are the Ion Beam Centre we are world leading in the field of ion beam modification and ion beam analysis. 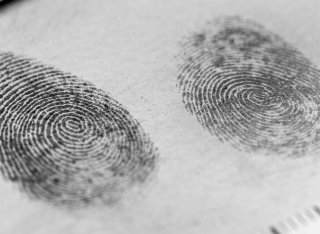 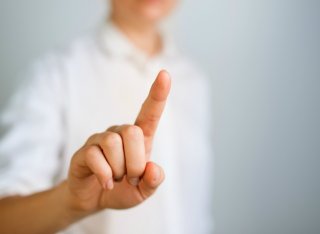 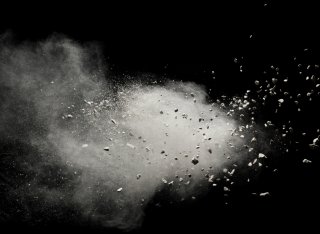 Fingerprint samples (n=100) were collected from the hands of 50 nondrug users before and after handwashing to establish separate environmental cutoff values and testing protocols for cocaine, benzoylecgonine, heroin, and 6-monoacetylmorphine. The cutoff was challenged by testing the fingerprints of drug-free volunteers after shaking hands with drug users. Fingerprints from patients who testified to taking cocaine (n = 32) and heroin (n = 24) were also collected and analyzed.

A different cutoff value needed to be applied, depending on whether the fingerprints were collected as presented or after handwashing. Applying these cutoffs gave a 0%false-positive rate from the drug-free volunteers. After application of the cutoff, the detection rate (compared to patient testimony) for washed hands of patients was 87.5% for cocaine use and 100% for heroin use.

Fingerprints show enhanced levels of cocaine, heroin, and their respective metabolites in patients who testified to taking the substances, compared with the population of na1¨ve drug users surveyed, and a cutoff (decision level) can be established. The cutoff is robust enough to account for small increases in analyte observed after secondary transfer.

BACKGROUND: Paper spray mass spectrometry6 is a technique that has recently emerged and has shown excellent analytical sensitivity to a number of drugs in blood. As an alternative to blood, fingerprints have been shown to provide a noninvasive and traceable sampling matrix. Our goal was to validate the use of fingerprint samples to detect cocaine use.

METHODS: Samples were collected on triangular pieces (168 mm2) of washed Whatman Grade I chromatography paper. Following application of internal standard, spray solvent and a voltage were applied to the paper before mass spectrometry detection. A fingerprint visualization step was incorporated into the analysis procedure by addition of silver nitrate solution and exposing the sample to ultraviolet light.

RESULTS: Limits of detection for cocaine, benzoylecgonine, and methylecgonine were 1, 2, and 31 ng/mL respectively, with relative standard deviations of less than 33%. No matrix effects were observed. Analysis of 239 fingerprint samples yielded a 99% true-positive rate and a 2.5% false-positive rate, based on the detection of cocaine, benzoylecgonine, or methylecgonine with use of a single fingerprint.

CONCLUSIONS: The method offers a qualitative and noninvasive screening test for cocaine use. The analysis method developed is rapid (4 min/sample) and requires no sample preparation.

RATIONALE: Paper spray offers a rapid screening test without the need for sample preparation. The incomplete extraction of paper spray allows for further testing using more robust, selective and sensitive techniques such as liquid chromatography mass spectrometry (LC-MS). Here we develop a two-step process of paper spray followed by LC-MS to (1) rapidly screen a large number of samples and (2) confirm any disputed results. This demonstrates the applicability for testing medication adherence from a fingerprint.

METHODS: Following paper spray analysis, drugs of abuse samples were analysed using LC-MS. All analyses were completed using a Q Exactive" Plus Orbitrap" mass spectrometer. This two-step procedure was applied to fingerprints collected from patients on a maintained dose of the antipsychotic drug quetiapine.

RESULTS: The extraction efficiency of paper spray for two drugs of abuse and metabolites was found to be between 15-35% (analyte dependent). For short acquisition times, the extraction efficiency was found to vary between replicates by less than 30%, enabling subsequent analysis by LC-MS. This two-step process was then applied to fingerprints collected from two patients taking the antipsychotic drug quetiapine, which demonstrates how a negative screening result from paper spray can be resolved using LC-MS.

CONCLUSIONS: We have shown for the first time the sequential analysis of the same sample using paper spray and LC-MS, as well as the detection of an antipsychotic drug from a fingerprint. We propose that this workflow may also be applied to any type of sample compatible with paper spray, and will be especially convenient where only one sample is available for analysis.

Fingerprint samples were collected from (a) 10 patients attending a drug rehabilitation clinic (b) 50 non-drug users (c) participants who touched 2 mg street heroin, before and after various hand cleaning procedures. Oral fluid was also taken from the patients. All samples were analysed using a liquid chromatography ? high resolution mass spectrometry (LC-HRMS) method validated in previous work for heroin and 6-AM. The HRMS data was analysed retrospectively for morphine, codeine, 6-acetylcodeine and noscapine. Heroin and 6-AM were detected in all fingerprint samples produced from contact with heroin, even after handwashing. In contrast, morphine, acetylcodeine and noscapine were successfully removed after handwashing.

This research highlights the importance of washing hands prior to donating a fingerprint sample to distinguish recent contact with heroin from heroin use.