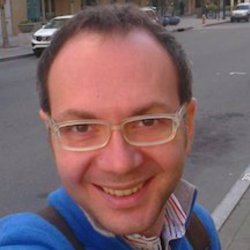 I obtained a Laurea in Nuclear Engineering in May 2004 at the Politecnico di Torino (Italy). Then, after spending two years (06/2003 - 05/2005) at CERN (Switzerland) working on microwave electronics under the direction of Ugo Amaldi (also at TU München and TERA Foundation), I moved to the Theoretical Division (in the former Plasma Theory Group) of the Los Alamos National Lab (LANL, USA), where I visited Giovanni Lapenta (now at KU Leuven, Belgium) for several months.

In 10/2005, I entered a PhD programme in Applied Mathematics at Imperial College, under the direction of Darryl Holm. Between 2006 and 2007, I also spent two summers at LANL, working with Bruce Carlsten in the former International, Space & Response Division (High Power Electrodynamics Group). In 09/2008, I joined the Mathematics Section of EPF Lausanne (Switzerland) as a research assistant in Tudor Ratiu's group (Geometric Analysis). In 01/2012, I was appointed as a Lecturer (Assistant Professor) at Surrey, where I became Reader (Associate Professor) in 08/2018. In 06/2020, I was also appointed Adjunct Professor at Tulane University (USA) within the Department of Physics & Engineering Physics.

Over the last 8 years, I was an invited participant fellow at several research programs at the Fields Institute (Toronto, CA), the Newton Institute (Cambridge, UK), the Bernoulli Center (Lausanne, CH), and the MSRI (Berkeley, USA). In 2019, I was awarded an Alexander von Humboldt fellowship and spent a year working at the Max Planck Institute for Plasma Physics in Garching bei München (Germany). 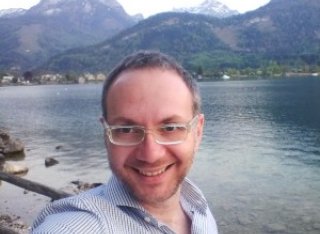 Over the years, I have worked with engineers, physicists and mathematicians and shared with them the excitement of doing research in each of the corresponding fields. I have developed an understanding of the needs and the challenges in these disciplines and this experience is for me a continuous source of inspiration. This diversified path has led me to the discovery of mathematical research and its interconnections with other pure and applied sciences. Then, applied mathematics emerges not only as a discipline that applies mathematical concepts to other fields, but also as an area in which other fields of science serve as a continuous inspiration to develop new exciting directions in mathematical research - this two-way vision is precisely where my research stands. Over the last ten years, I have been working on geometric approaches to the formulation of nonlinear multi-physics models systems with multiple scales. Applications include complex fluids, plasma physics and quantum molecular dynamics.

International collaboration network:Within a 4-year Leverhulme Research Project, I am leading an international collaboration composed of Emanuele Tassi at the Centre of Theoretical Physics in Marseille (France), Giovanni Lapenta at the Centre for Plasma Astrophysics of KU Leuven (Belgium), and Philip J. Morrison at the Institute of Fusion Studies at UT Austin (USA). Within the same project, I also collaborate with Alain J. Brizard (St. Michael College of Vermont, USA), Enrico Camporeale (CWI Amsterdam, The Netherlands), and Maria Elena Innocenti (KU Leuven, Belgium).

Small awards: Over the last five years, I have been awarded a series of small grants (<£3K) by the London Mathematical Society, the Institute of Mathematics and Applications and the internal Faculty Research Support Fund at the University of Surrey.

Summary: Since I joined the University of Surrey, I introduced a new 4th year module (thought 6 times) in Geometric Mechanics. The module introduces symmetry methods in mechanical problems for different applications, from rigid body dynamics to quantum mechanics. I introduced a new partial assessment method that requires students to give presentations to the rest of the class. Also, I have thought (5 times) an online mini-course (10 hours) in Geometric Mechanics (with more advanced content) to PhD students across the UK, within the Mathematics Access Grid group of universities. Since 2016, I have also been teaching a first-year module in Linear Algebra & Vector Calculus (including a small part on MATLAB).