We grab five minutes with the globe-trotting mathematician whose work has taken him from Italy to Surrey – via New Mexico, Switzerland, Munich and New Orleans – to discuss our Quantum Foundations Centre… 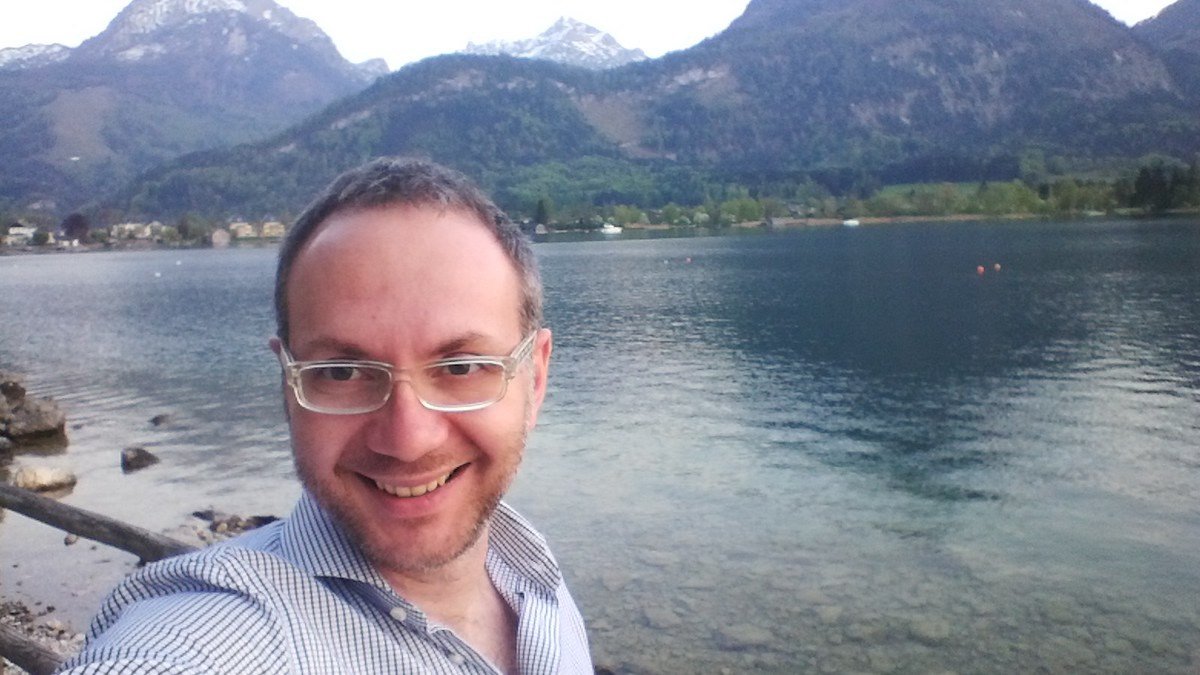 Cesare getting a breath of fresh air near Lake Wolfgangsee at a conference in Strobl, Austria

You’re an applied mathematician who works in physics. How did that journey begin?

I wrote a chapter on this in the annual high school book on humanities, science and the arts. It usually only contained chapters written by teachers, but I was allowed to contribute. This was really how my interest began.

Did you consider becoming a writer instead of an academic?

At one point, I was considering specialising in humanities and becoming a writer. I always liked literature and poetry. My grandfather was a lover and professor of French literature, so there was always a family fascination with reading and writing.

How did you get into the area of quantum physics?

I studied nuclear engineering as an undergraduate and quantum mechanics formed part of that background.

When I came to work at Surrey, a student named Esther Bonet-Luz told me she wanted to do a PhD applying the ideas from my course in geometric mechanics to the general area of quantum mechanics. I told her the only quantum mechanics knowledge I had was from my undergraduate years. So, I suggested if she got started, we could learn stuff together. She became my PhD student and that’s how I got ‘restarted’ in quantum physics.

Pretty much all of the physical theories we know – or at least the most successful ones – share a background in maths and geometry. The main goal of physics at the moment is to understand how all the systems and subsystems on different scales can satisfy some fundamental rules of behaviour.

So, I use geometric mathematical methods to formulate models for explaining how multi-scale systems operate to satisfy these fundamental laws of behaviour.

What’s the actual application of this work?

As an applied mathematician, I work in different fields and each of them comes with different applications.

For example, when I was working with liquid crystals, I was trying to understand how we can control crystals that make up screens on computers and phones, by applying electromagnetic fields.

More recently, I became interested in the quantum motion of molecules relevant in chemical physics.

You worked in nuclear fusion, too, didn’t you?

For about 10 years. This work was recently recognised by a German international fellowship, so I spent a year in Munich in 2019.

For decades, nuclear fusion has been representing a promising avenue to provide an unlimited clean source of energy. However, there are many difficulties.

What role do you see the Quantum Foundations Centre playing?

Quantum mechanics, as we know it, is nowhere near a completed area of research. We need to go back to the beginning of quantum foundations and see how they are regarded in relation to other disciplines, such as physics, chemistry and biology. Then we can have new inspiration for future perspectives in quantum foundations and what they will become in 50 years.

This is a perfect moment for Surrey and for the world to think about what we actually know about quantum mechanics and take it one step beyond. The Centre offers us a unique opportunity to anticipate where quantum mechanics is going in the future.

Find out more about studying at our Department of Mathematics and the Quantum Foundations Centre.