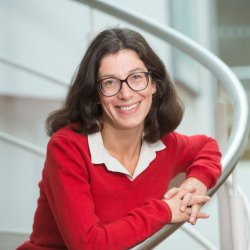 I am the Deputy Head of the School of Literature and Languages and the School's Director of Learning and Teaching. I teach French language, translation, culture and politics at all levels on the Undergraduate Language programme. I am the co-convenor of SLL's Mobilities Research Centre. I supervise several research students working primarily in the field of transnational history, with an emphasis on the long 19th century and/ or the history of the anarchist movement. I welcome applications from postgraduate students in any of these areas. My own research focuses on the history of French anarchism from 1870 until 1939, with an emphasis on transnational networks. 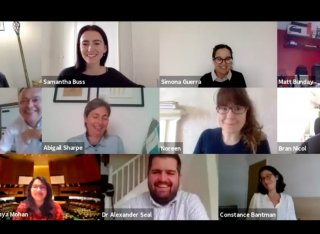 My broad research area is French and British political and social history between 1880 and 1914. My research focuses on the history of French political exiles in Britain and anarchist transnationalism between 1880 and 1914, with a focus on ideological and political transfers, experiences of political exile, the asylum question in the long nineteenth century as well as the history of terrorism. These questions were the focus of my doctoral research and 2013 monograph, The French Anarchists in London (1880-1914): Exile and Transnationalism in the First Globalisation (LUP, 2013), as well as a number of journal publications.

I am also interested in the history of print and journalism from a transnational perspective. In 2017, I published a co-edited volume of essays on the history of the foreign political press in London from the early 18th century to the early 20th: The Foreign Political in Nineteenth-Century London: Politics from a Distance (with Ana Claudia Suriani da Silva; Bloomsbury, 2017).

I am currently completing a biography of the French anarchist editor, writer, publisher, campaigner and educationalist Jean Grave (1854-1939), to be published by Palgrave McMillan in 2020. This monograph reassesses the importance of Grave in the organisation of the French and international anarchist movements before 1914, examining theoretical questions relating to print activism and the role of anarchism as a counter-cultural movement.

I teach French language and content modules at all undergraduate levels, and also supervise dissertations.

I currently supervise doctoral research in the fields of transnational political and cultural history, and welcome proposals in these areas as well as those relating more specifically to nineteenth-century French history and the history of the anarchist movement.

The French Anarchists in London (1880-1914): Exile and Transnationalism in the First Globalisation (Liverpool: LUP, 2013)

With Dave Berry, New Perspectives on Anarchism, Labour and Syndicalism: The Individual, the National and the Transnational  (Newcastle: Cambridge Scholars Publishing, 2010)

Individual chapters deal with Brazilian, French, German, Indian, Italian, Portuguese, Spanish, Spanish American, and Russian periodicals. Overarching themes include a historical survey of foreign political groups present in London throughout the long 19th century and the causes and movements they championed; analyses of the press in local and transnational contexts; and a focus on its actors and on the material conditions in which this press was created and disseminated.