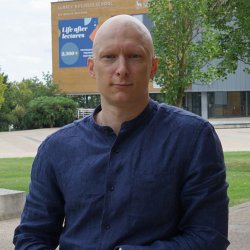 McCarthy is currently Reader in Criminology in the Department of Sociology. He specialises in research in areas of policing, inter-agency working, and more latterly in the area of prison/family effects and incarceration. He also has interests in research methodology, especially mixed method designs.

McCarthy's wider interests concern the effects of family contact on prisoner re-entry, the impact of prison conditions on prisoner behaviour during and beyond their sentence, as well as more generally in the application of criminological theory. He is author of 'Soft Policing: The Collaborative Control of Anti-Social Behaviour' (Palgrave, 2014), as well as numerous articles in the fields of criminology and sociology. He has received several grants and awards including the 2014 British Society of Criminology (Policing Network) award, the 2014 Economic and Social Research Council, Future Leaders Award, as well as the 2015 Vice Chancellor's 'Researcher of the Year' Award. 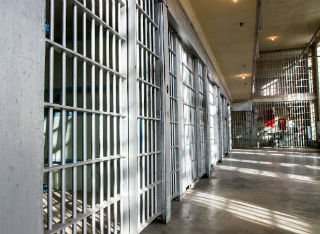 McCarthy is currently principal investigator for an ESRC-funded project investigating the relationship dynamics between juvenile male offenders and their primary caregivers during incarceration. His research assesses the ways through which caregivers (especially mothers) seek to support young men during incarceration, including the multitude of adversities which are created through this deployment of support. His core areas of investigation currently concern:

Serena Wright (graduated 2014) 'Persistent' and 'prolific' offending across the lifecourse as experienced by women.

I am keen to supervise new PhD students and would welcome applications across most criminological areas, but especially in the following topics: