Dr. Daniela Carta received her degree in Chemistry from University of Cagliari, Italy and her PhD in Chemistry from the University of Kent, Canterbury in 2006, working on sol-gel materials for biomedical applications. Since completing her PhD, she has worked as a Postdoctoral Researcher at the Department of Chemistry, University of Cagliari, Italy on sol-gel synthesis and characterization of metals/alloys and functional oxide nanoparticles dispersed in highly porous matrices (xerogels, aerogels, mesoporous silica) for catalytic applications.

In 2013 she became Research Fellow at the NanoGroup at the Nanofabrication Centre, University of Southampton, working on nanodevices for memory applications based on thin film oxides.

In November 2016 she was appointed as a Lecturer in Physical Chemistry in the Department of Chemistry at the University of Surrey.

Member of the Royal Society of Chemistry (MRSC) 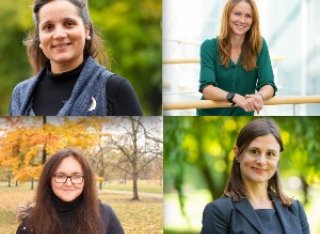