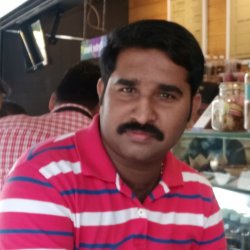 I am currently pursuing a PhD in the area of Computer Vision which incorporates the advantages of one-shot meta interpretive learning in the domain of plant disease detection.

Humanity is facing a great challenge to feed the growing population of 7.7 billion people and food security remains threatened by a number of factors including new plant diseases. Moreover, the excessive use of chemicals (to fight the plant diseases) has led to the adverse effects on agro-ecosystem. Presently there is an immediate need for early and precise diagnostic techniques to control the plant diseases for the sustainability of the ecosystem. The state-of-the-art algorithm for this problem requires building a new model from a very large number of previous cases and there is currently no algorithm that could learn an accurate model only from a new case, e.g. a single image.

We develop a new framework called One-Shot Meta-Interpretive Learning (OSMIL) for the problem of plant diseases detection from a single image. MIL has been already used in a new computer vision framework called Logical Vision (LV). Logical Vision (LV) was shown to overcome some of the limitations of statistical-based algorithms. LV first uses background knowledge on symbols to guide the sampling of low-level features like pixel value, shape, edge, colour and then it uses the sampled results to revise previously conjectured mid-level symbols. With the extracted mid-level feature symbols as background knowledge, a generalized MIL setting is used to learn high-level visual concepts. This will enhance the constructive paradigm of LV through its ability to learn recursive theories, inventing predicates and learning from a single example.

Currently, I am working as lab coordinator for the course Data Mining & Machine Learning lab.

I also worked as an assistant professor at Jyothi Engineering College, India. I taught different subjects like;

Dany Varghese, Viju Shankar (2014). Cognitive computing simulator-COMPASS
View abstract View full publication
—Cognitive computing is an emerging method which helps to analyse the human brain behaviour and simulate it mathematically. Cognitive computing systems learn and interact naturally with people to extend what either humans or machine could do on their own. Cognitive science consists of multiple research disciplines, including psychology, artificial intelligence, philosophy, neuroscience, linguistics, and anthropology. Cognitive computing helps autonomous systems to work as human Brain. COMPASS is a simulator which simulates the working of cognitive computing. It is fully based on the architecture TrueNorth developed by IBM. COMPASS enables to simulate brain-like functions in a hardware platform.
Dany Varghese, Viju Shankar (2015). A Novel Approach for Single Image Super Resolution using Statistical Mathematical Model
View abstract
Images with high resolution are always a necessity in almost all image processing applications. .Super Resolution is a method in image processing to create High Resolution image from several or single low resolution image so that high spatial frequency information can be recovered. SR methods are applied on LR images in order to increase spatial resolution for a new image. The super resolution processing includes two main tasks: up-sampling of the image, removing degradations that arise during the image capture. In effect, the super-resolution process tries to generate the missing high frequency components. Applications may include HDTV, biological imaging etc. In this work we deal the problem of producing a HR image from a single low-resolution image using some statistical mathematical model. Performance of these algorithms was checked by using objective image quality criteria PSNR, MSSIM and compared with other existing methods.
KS Neethu, Dany Varghese (2017). An incremental semi-supervised approach for visual domain adaptation
View abstract View full publication
The general focus of domain adaptation methodology is transferring learned knowledge from labeled train domain to unlabeled test domain. Domain adaptation tries to minimize the domain shift problem by modeling a classifier using labeled training domain data which taken under definite conditions and this classifier is utilize to test the data which taken under distinct conditions. Common adaptation approaches will learn a freshly acquired feature vector space using labeled data domain (source) and unlabeled train (target) data domain having alike characteristics and a supervised, unsupervised or semi-supervised classifier will carry out the further task. Here is a design of an incremental KM-ELM classifier which can utilize for better classification of various domain adaptation task. This classifier is a fusion of high performing K-Means algorithm and fast neural network Extreme learning machine (ELM). Here utilizes the cross-domain learning capability of ELM with PCA, GFK (Geodesic flow Kernel) methods for addressing domain adaptation task. First PCA and PLS are used to create the subspaces of testing data and training data and these subspaces will considered as a points in Grassmann manifold. After that the geodesic based domain shift representation will carry out and integration of these data points creates the intermediate cross domain. This will form a new space having feature vectors from training domain and testing domain where the likelihood of these vectors in this space is maximum.
Krishna Thulasi NP, Dany Varghese (2015). A Novel Approach for Diagnosing Alzheimer's Disease Using SVM
View abstract View full publication
Alzheimer's disease (AD) is one of the most intensifying brain disorder that gradually damage memory and thinking skills and later the ability to carry out the normal tasks. It is the most common cause of dementia in older adults. While dementia is more common as people grow older, it is not a normal part of aging. One of the first signs of Alzheimer's disease is memory loss. AD accounts for up to 80% of cases of dementia. The 3 stages of AD is mild, moderate and severe AD. In mild cognitive impairment (MCI), the loss of cognitive skills only slightly affects a person's daily life, moderate stage is the middle stage of AD. While in severe AD, a person is no longer able to function independently and becomes totally reliant on others for care. In this paper, Support Vector Machine (SVM) is used for diagnosing Alzheimer's disease of brain MRI and for classifying it into specific stages. The algorithm was trained and tested using the MRI data from Alzheimer's Disease Neuroimaging Initiative (ADNI). The data used include the MRI scanning of about 70 AD patients and 30 normal controls.
Dany Varghese and Alireza Tamaddoni-Nezhad (2020). One-Shot Rule Learningfor Challenging Character Recognition
View abstract View full publication
Unlike most of computer vision approaches which dependon hundreds or thousands of training images, humans can typically learnfrom a single visual example. Humans achieve this ability using back-ground knowledge. Rule-based machine learning approaches such as In-ductive Logic Programming (ILP) provide a framework for incorporatingdomain specific background knowledge. These approaches have the po-tential for human-like learning from small data or even one-shot learning,i.e. learning from a single positive example. By contrast, statistics basedcomputer vision algorithms, including Deep Learning, have no generalmechanisms for incorporating background knowledge. In this paper, wepresent an approach for one-shot rule learning called One-Shot Hypoth-esis Derivation (OSHD) which is based on using a logic program declar-ative bias. We apply this approach to the challenging task of Malayalamcharacter recognition. This is a challenging task due to spherical andcomplex structure of Malayalam hand-written language. Unlike for otherlanguages, there is currently no efficient algorithm for Malayalam hand-written recognition. We compare our results with a state-of-the-art DeepLearning approach, called Siamese Network, which has been developedfor one-shot learning. The results suggest that our approach can gener-ate human-understandable rules and also outperforms the deep learningapproach with a significantly higher average predictive accuracy.