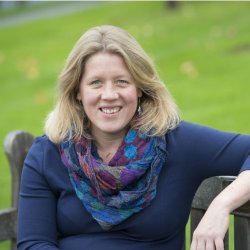 School of Literature and Languages, Faculty of Arts and Social Sciences.

BoNNS
BoNNS stands for a collaborative project with the universities of Bournemouth, Northumbria, Nottingham and Surrey, in which we are investigating first year university students' experiences of settling in at university, their experiences of group work, their conceptualisations of culture and their experiences of using English as a lingua franca.
Oral skills development in pre-sessional EAP classes and student transition to academic disciplines: an investigation in Anglophone and non-Anglophone EMI settings

This project is funded by the British Council. It aims to investigate the transition from English pre-sessional classes to disciplinary study, with a focus on EMI (English as a medium of instruction) environments in Anglophone and non-Anglophone environments. The project is ending December 2019. A project report and a good practice guide will be published in Spring 2020.

Collaboration with Account Management Limited (AMO) to imporive interaction patterns in an automated chatbot, funded by an Innovation Voucher.

Doris is programme director of the MA in Communication and International Marketing.

In addition, Doris is teaching on and coordinating the Global Citizenship Award and has recently launched a Futurelearn MOOC on "Communicating with Diverse Audiences."

I am currently supervising research students in the following areas

Drawing on data elicited through elicitation tasks (argumentative conversations) by learners of German at three levels of proficiency, as well as retrospective interviews with these learners, the paper shows that linguistic limitations and limitations in processing control mean that learners at lower levels or proficiency are more likely to use their limited resources in the service of constructing a ?good L2 speaker? identity rather than an identity associated with the argumentative task.

The paper thus argues that labelling learners? performance as deficient is not helpful. Rather, their attention is simply diverted to aspects of ?face? that are salient and important to them.

Dippold D (2009) Peer feedback through blogs: Student and tutor perceptions in an advanced German class, ReCall 21 (1) pp. 18-36 Cambridge University Press
DOI: 10.1017/S095834400900010X
Recent years have seen the emergence of Web2.0, in which users are not only passive recipients of the featured content, but actively engaged in constructing it. Sites such as ?Facebook?, ?Myspace? are typical examples of this, as are blogs that allow users to present
themselves online, to write about their daily lives or even to establish themselves as an
authority on a particular subject. Due to the opportunities for self-reflection and interactive
learning offered by blogs, they have also become one of the emerging tools in language
pedagogy and higher education. At the same time, peer feedback is a technique that is
increasingly used by educators instead of, or in addition to, tutor feedback, due to its potential
to develop students? understanding of standards, to initiate peer feedback, and to engage the
student in the process of learning and assessment.
This paper is concerned with the question to what extent blogs can facilitate peer feedback
and what issues need to be addressed for them to be a valuable tool in this process. After
reviewing the recent literature on peer feedback and the specific issues emerging from
providing feedback through computer mediated communication (CMC) technologies, the
2 paper presents the results from a pedagogic research project in an advanced German language
class in which blogs were used for this purpose. Drawing on students? blogs as well as the
responses given by students in questionnaires and focus groups and responses by experienced
tutors in interviews, the paper argues that blogs are potentially valuable tools for peer
feedback, but entail the need to address specific issues regarding the choice of CMC tool for feedback tasks, training in the use of interactive online tools and the roles of teachers and students.
Dippold D (2008) Reframing one's experience: Face, identity and roles in L2 argumentative discourse, In: Pütz M, Neff-van Aertselaer J (eds.), Developing Contrastive Pragmatics: Interlanguage and Cross-Cultural Pragmatics 31 pp. 131-154 Mouton de Gruyter
DOI: 10.1515/9783110207217
This paper argues that the field of interlanguage pragmatics ? the study of L2 use and development ? has neglected facework strategies that are directed towards the speaker rather than the hearer. These strategies serve to present particular identities and qualities of the speaker.

This is exemplified through examples from L2 learners of German at three different levels of proficiency taking part in an argumentation task and retrospective interviews with thee learners.
The analysis shows that, the lower learners? level of proficiency is, the more likely it is that the organisation of the discourse and the use of epistemic verbs such as ?ich denke? (I think) are oriented towards the maintenance of a ?good L2 speaker? face. Learners in essence play the role of a language learner rather than the role imposed on them by the argumentative task, and ?politeness? towards the interlocutor is not at the forefront of their mind.

As a consequence, the paper suggests that interlanguage pragmatics needs to integrate perspectives which see face management as more than the mere enactment of politeness.

Wilson D (2017) An investigation into the comprehensive development of L2 pragmatic competence in the EFL classroom : a case of advanced Serbian EFL learners.,
Pragmatic competence is a component of language knowledge; therefore, it is as intrinsic to the ability to successfully communicate for a foreign language (FL) learner as it is for a native speaker, especially where perceptions of politeness may vary between cultures. Despite this, pragmatics is under-represented in FL course materials and assessments, and consequently educators are often left unsure as to how to include it in their classes. The result of this is that learners may achieve proficiency in the linguistic competences (knowledge of lexis, syntax, phonology), but remain pragmatically underdeveloped and susceptible to pragmatic failure.

The present study seeks to investigate how second language (L2) pragmatic competence can be comprehensively developed in the ordinary EFL classroom, using an explicit teaching method which fundamentally integrates assessment into the instructional process. To conduct this investigation, a novel method was designed and implemented with the participation of advanced Serbian EFL learners. Data sources, including role-play and video-based assessments, interviews, discussions and observations, were then obtained for the purposes of cross-sectional and longitudinal analysis to address three research questions. The first two questions explore how the components of pragmatic competence develop as a result of the instructional method and the role of pragmatic awareness in this. The third question investigates the practicality (validity and feasibility) of incorporating such a method in the classroom context.

Findings suggest that the assessment-integrated instructional method constitutes a practical and effective means of comprehensively developing L2 pragmatic competence in the ordinary EFL classroom, as evidenced by the demonstrable development of participants? conscious knowledge and ability to apply contextually appropriate Head act and External modification strategies. L2 pragmatic awareness appears to be key to the process of developing particular pragmatic sub-competences. Findings also serve to indicate further implications for pragmatics-related instructional methods, such as the phenomenon of ?pragmatic fossilisation?.

Developing global graduates or global citizens is a goal often expressed in university mission statements. This study draws on Amadasi & Holliday?s (2017) distinction of block narratives and thread narratives of culture and applies these to interviews with first year students. It shows that some ability to draw on thread narratives and therefore non-essentialist views of culture is in evidence from the start of students? university careers. Universities need to implement policy and practice to foster the emergence of these abilities and thus enable students to acquire the attributes of a ?global graduate?. This will also ensure that ?internationalisation at home? is not a value-free concept.

Dippold Doris, Bridges Stephanie, Eccles Sue, Mullen Emma (2019) Taking ELF off the shelf: developing HE students? speaking skills through a focus on English as a lingua franca, Linguistics and Education 54 100761 Elsevier
DOI: 10.1016/j.linged.2019.100761
This paper explores, through the example of HE group work, how principles derived from English as a lingua franca (ELF) research (e.g. accommodation, strategic competence) can provide insights into the speaking demands of group work in Anglophone EMI settings which includes native speakers as well as non-native speakers. The paper maps data gathered through interviews with first year undergraduate students against Mercer et al.?s (2017) oracy framework. It shows that students draw on a combination of linguistic, cognitive, physical and social & emotional skills, many of which align with ELF principles.
However, current frameworks of support for speaking demands in HE (EAP & Academic Skills) lack focus on dialogic speaking, pay little heed to ELF findings and cater for native speakers and non-native speakers separately despite their needs being similar. The paper argues that a focus on ELF can contribute to the development of speaking support which sits at the centre of students? academic journey and encourages better interactions between native and non-native speakers.